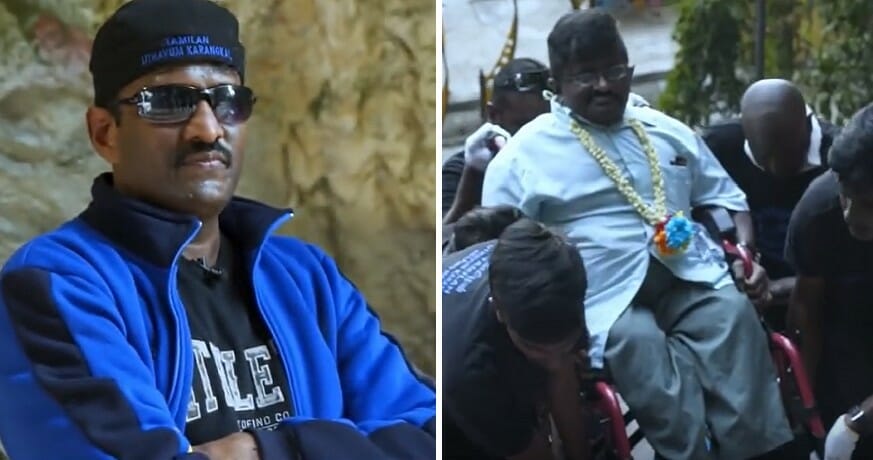 Most people go through an experience that will change their perspective in life for the better. As a result, we start to treat other people better, or say more encouraging words to our friends. This phenomenon did not exclude former gangster, A. Muraly, as his NGO now helps disabled people.

According to Free Malaysia Today, Muraly was a gangster back in 1993 known as Ketua Samseng. He spent six years in prison for the multiple crimes he committed and even had to endure solitary confinement. Muraly suffered in jail and not only did he finally learn his lesson, but he was also inspired to turn over a new leaf. However, when he was finally released, Muraly was left jobless, broke, and without the trust of his family members.

“I felt ashamed of myself for causing so much misery, not only to my family, but to my race in general,” he said. 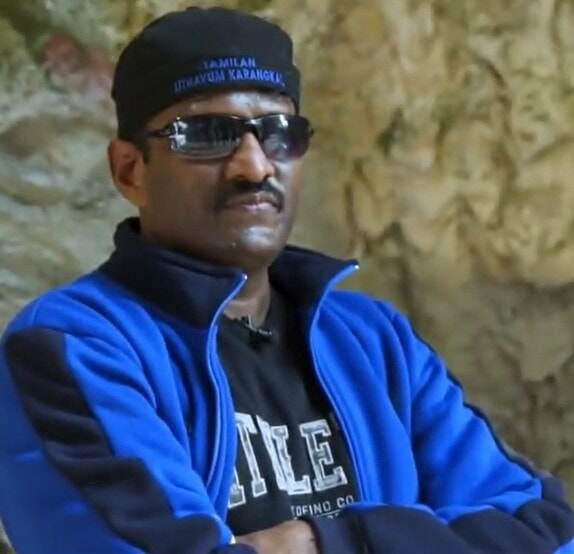 The Star TV got the chance to interview A. Muraly and they reported how on his father’s 50th birthday (which fell on 17th January 1999), Muraly wanted to reconcile with him by doing something that would make him happy. He went to Batu Caves and happened to stumble upon a trader at the foot of the stairway. The trader was bound to a wheelchair and could not climb the steps. Muraly then asked his friends to assist him in carrying the disabled individual up the 272 steps of Batu Caves to reach the temple. Three weeks later, he carried another 50 disabled people all the way to the top.

Muraly expressed how his father was overjoyed and he even teared up at the kindness his son showed. Muraly said,

“His friends told him that even their children don’t do it, not even a minister, but your son did.” 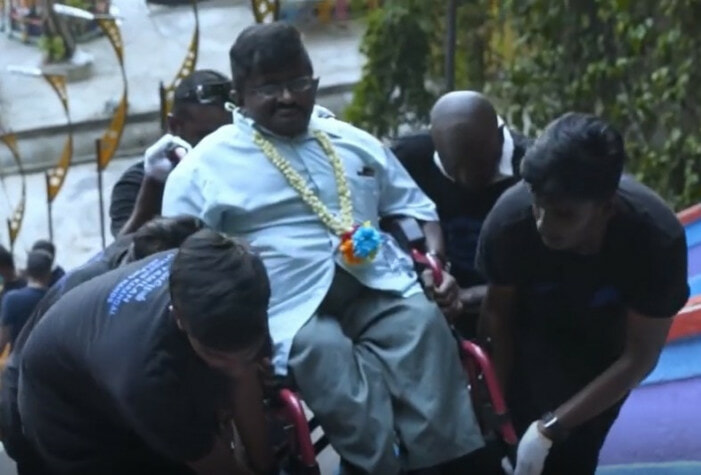 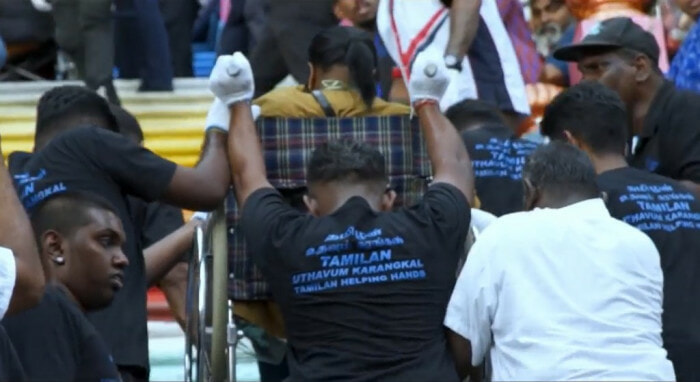 Since then, Muraly founded an NGO called Tamil Helping Hands. Their main purpose is to help carry disabled people to the top of Batu Caves, giving them a chance to pray at the temples during Thaipusam. Tamil Helping Hands now has over 700 members and has been helping out for 20 years.

“God gave us hands and legs to help those without them, not to cut them off.”

“I feel very proud of myself now because previously, people used to fear me, now they respect me,” he said.

This man is such an inspiration and we’re sure Malaysians everywhere are just as proud of him!

This story was first covered by The Star TV. You can watch The Star TV’s full interview with A. Muraly here. 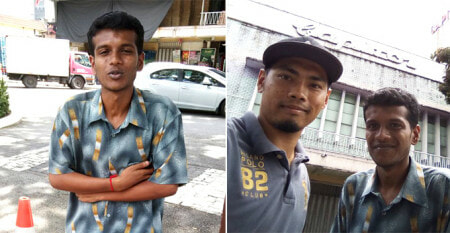