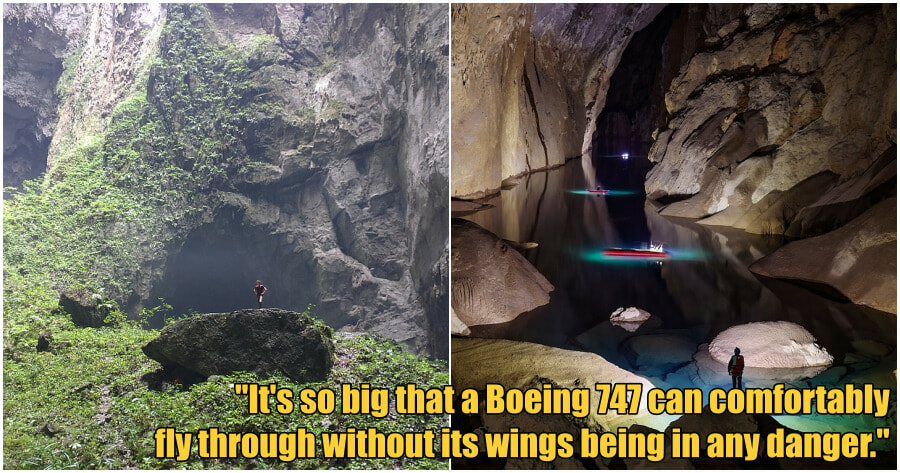 If you can only visit one cave in your entire life, you should go to the Son Doong Cave in Vietnam.

Although, it may not be the most typical experience because this cave is massive. So massive that it even has an ancient rainforest and a river running through it! When measured by cross-section, it is the largest cave on Earth.

Located in Phong Nha-Ke Bang National Park in the Quang Binh Province, Vietnam, scientists who studied the cave believe that Son Doong can be likened to a hidden world rather than a cave because of its giant size and hidden treasures. 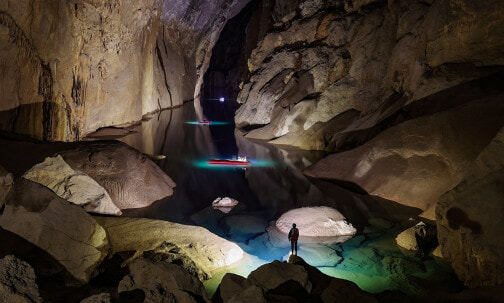 A river in the cave

For some scale, this cave has the height of a 40-story building. It has a volume of 38.5 million cubic meters and was announced the largest cave in the world in 2013 by the Guinness Book of World Records.

In addition, the main passage of this cave is over 5km long with a width of 150m and a height of up to 200m. Whereas the distance of the cave from start to end is about 9km. 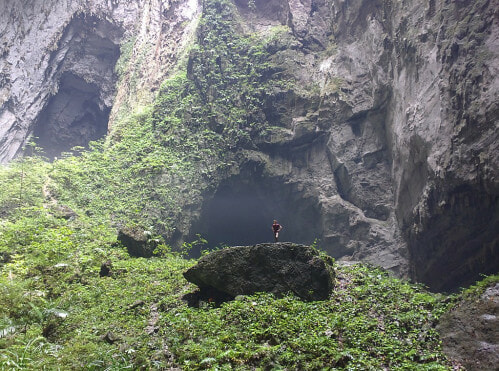 “The scale of the site’s interior is so massive it could fit an entire New York block inside, including skyscrapers, or have a Boeing 747 comfortably fly through without its wings being in any danger,” British magazine Conde Nast Traveler wrote after naming the cave one of it’s seven 2020 must-explore wonders.

The two geographic features that appeal to tourists are the river and ancient rainforest in the cave.

It has an actual underground river that is fast-flowing! Can you imagine that? 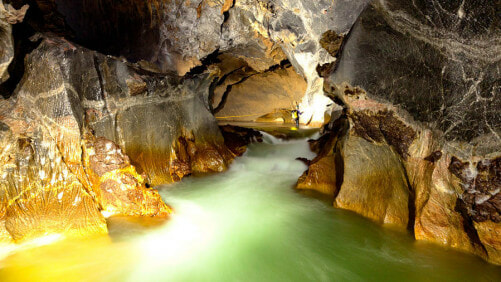 Son Doong Cave is estimated to be about 3 million years old and has an ecosystem that is completely different from the outside world. Visiting the cave is like entering a foreign world.

Based on scientists’ research, the cave has two enormous dolines where the cave roof had collapsed, allowing sunlight to enter. 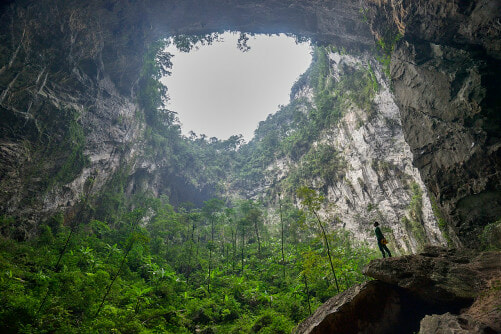 A doline with trees growing in it

This is the most plausible explanation for how the ancient forest in this cave could have formed.

Also read: This Gorgeous Hillside Retreat In Hulu Langat Has A Waterpark, A Petting Zoo & So Much More! 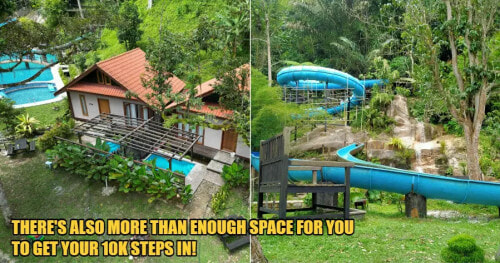