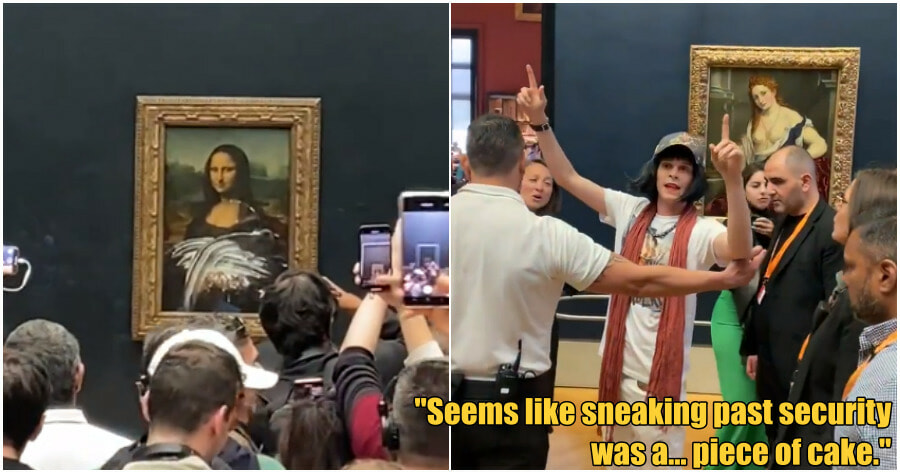 A man in a wheelchair, allegedly disguised as a woman recently threw cake at the iconic Mona Lisa painting at the Louvre Museum in Paris. He then shouted at visitors to “think of the planet“.

In videos which have been widely circulated on the Internet since the incident on 29 May 2022, a  museum staff can be seen wiping off white frosting which has been smeared on the protective glass of the painting. 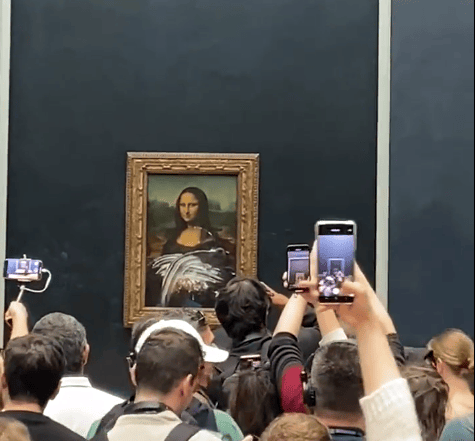 According to one museum-goer who witnessed the historic attack on the painting, the man first attempted to smash the protective glass of the painting by punching it before smearing cake all over it.

Maybe this is just nuts to me💀but an man dressed as an old lady jumps out of a wheel chair and attempted to smash the bullet proof glass of the Mona Lisa. Then proceeds to smear cake on the glass, and throws roses everywhere all before being tackled by security. 😂??? pic.twitter.com/OFXdx9eWcM

“The crowd begin gasping and we looked up and some man in a wheelchair dressed as an old lady ran up to the painting and started punching it before smearing cake all over it,” said a witness.

Other witnesses claimed that the man was escorted out of the museum gallery 10 to 15 seconds after his attempt at ruining the 16th century painting by Leonardo da Vinci. 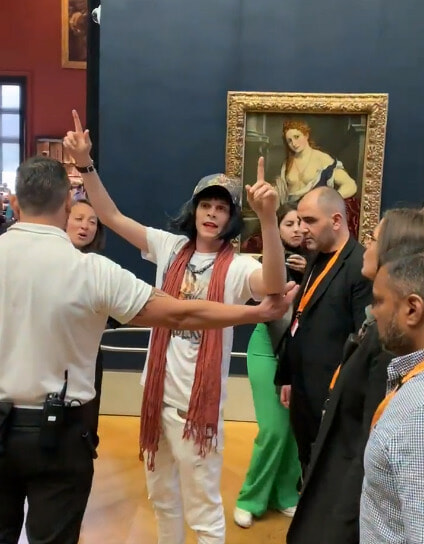 While he was being taken away, he urged the stunned crowd to “think of the planet” and threw rose petals into the air. 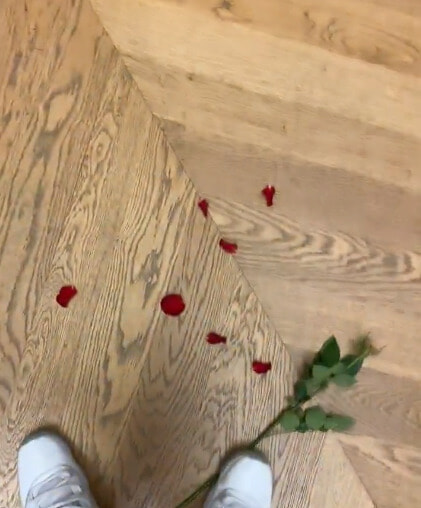 While the painting was not damaged, the famous Louvre Museum has submitted a formal complaint.

According to The Connexion, the Paris prosecutor has confirmed that a formal investigation into the man’s alleged attempt to damage a cultural artifact has been opened. Investigation details have been passed to the relevant police station.

The Associated Press also reported that the 36-year-old man has been detained following Sunday’s incident and has been sent to a police psychiatric unit.

Amused by the man’s messy business, netizens have gotten creative with their comments. Plenty of users made jokes about the cake as well as man’s actions.

“I mean she hasn’t eaten in forever so good for her,” joked one user. Another commented, “Seems like sneaking past security was a… piece of cake.”

What do you think of the incident? Let us know in the comments! 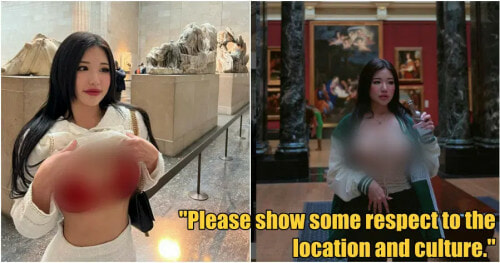