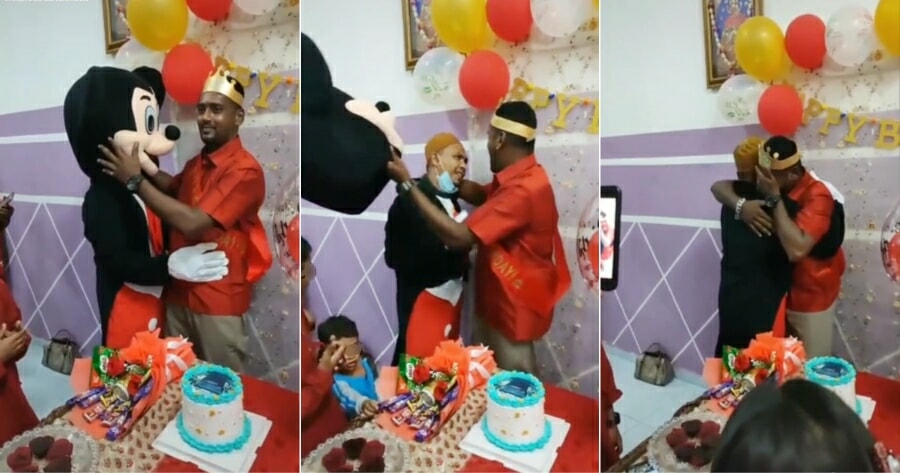 A small birthday celebration has won the hearts of Malaysians everywhere after it was also utilised as a surprise reunion between two childhood friends who have been separated for over two decades!

An Indian man was celebrating his birthday when he was joined by someone in a Mickey Mouse costume. Little did he know that the person wearing the outfit would bring him to tears.

NorZana Rahmad took to her TikTok profile to showcase the celebration, as the person underneath the costume revealed himself to be the Indian man’s childhood friend, a Malay man he hasn’t seen in almost 25 years after he had moved homes as a child. 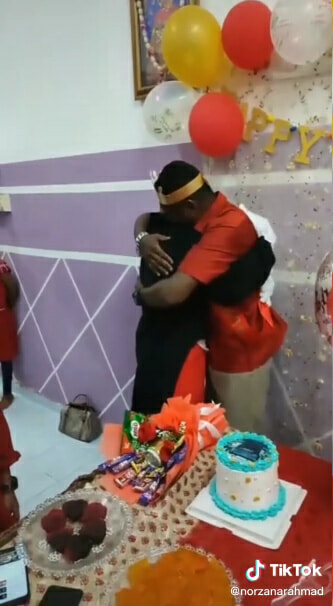 NorZana, who is the Malay man’s wife, wrote, “Friends since they were young but separated at 12-years-old because of a move. My husband used to live in an estate, so he had a lot of Indian friends and is even fluent in Tamil.” 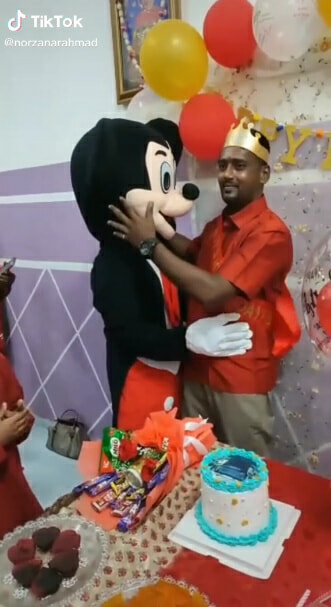 The Indian man initially looked confused as his family asked him to remove the mascot’s head. But once the head came off, so started the waterworks. 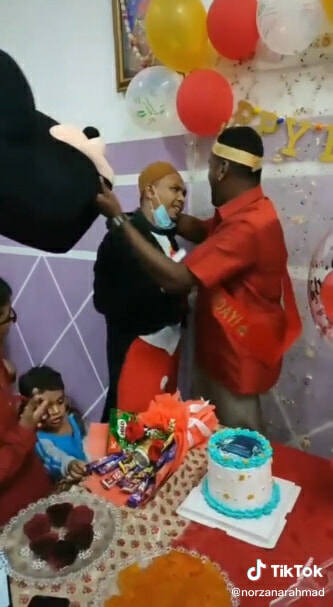 Once the mystery person was revealed to be NorZana’s husband, they both embraced in a bear hug and started crying bittersweet tears. 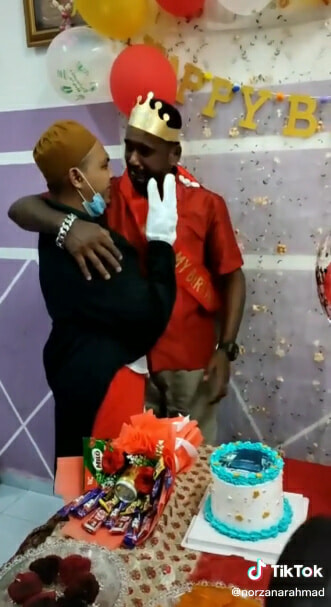 “After almost 25 years, they are finally meeting again. He missed his friend very much,” she added.

No only were people touched by their love and friendship, but they also praised the unity between the two friends who are of different races.

This comment goes, “Their friendship is great. Can see that they’ve missed each other for a long time.”

This comment says, “This is the kind of friendship that doesn’t see race or religion. The best.”

This comment read, “This is the real Malaysia, not considering yourself better than other races, live in peace and harmony.”

So, what are you waiting for?

Call your childhood best friend, regardless of race or religion, for what better time it is to reconnect with our roots and bring back the Malaysian tradition of creating friendships beyond our skin colours.

Let these guys’ love and friendship for each other be your guide.

Also read: M’sian Woman Repays Father With New Motorcycle, After He Had Sold His Old One For Her Tuition Fees 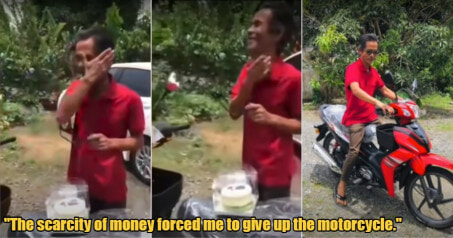