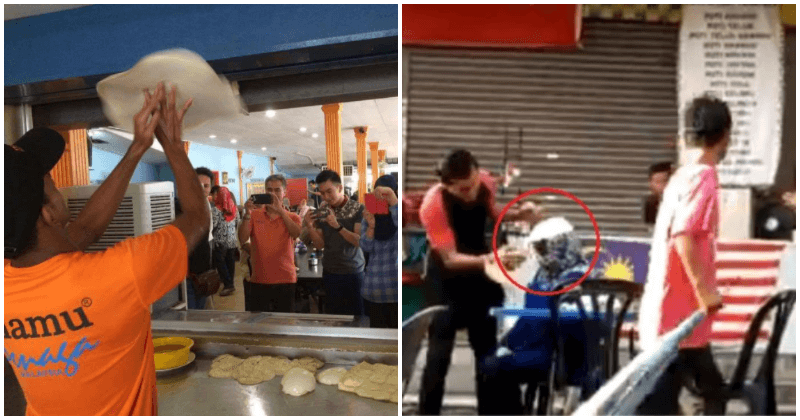 One of the most underrated trends to hit Malaysia that sparks joy among locals and foreigners alike is the ‘Roti Canai Terbang’.

Roughly about a year ago, we started seeing roti canai shops trying to step up their game considering their highly competitive market. What better way to do that than to pull off the gravity defying stunt that is throwing their roti canais up in the air while waving them around like they just don’t care.

With great entertainment skills come great failures however, which are fine considering there are always road blocks on the way towards greatness. But it doesn’t mean they’re not funny and luckily for us, they were caught on camera! Here are just some of our favourites.

The infamous roti that landed on an aunty’s head

This poor aunty was clearly minding her own business but the universe wasn’t having it.

The tree that wanted to eat for free

This uncle was having a bright, sunny day but that tree just had to be shady.

The canai that got away

This guy probably just wanted to be accepted but that roti didn’t have to leave like that.

The roti canai hang up

This roti might have been tired of the man’s shenanigans and decided to take a break.

And last but not least, introducing…

Trends may come and go, but funny fail videos are forever.

Funny as these videos may be, these guys didn’t give up and picked up where they left off (though lets hope they didn’t pick it up off the floor.).

Also read: World’s First Healthy Roti Canai is Going to Be Sold in Malaysia This April! 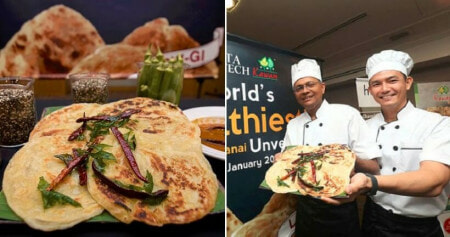