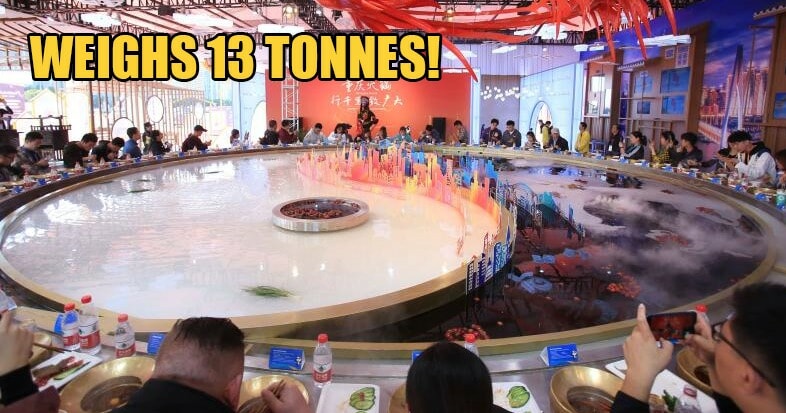 Malaysians love to eat hotpot and this is evidenced by the number of hotpot restaurants we have that are flourishing. While there are plenty of hotpot restaurants making their mark here, we bet that you would definitely want to try this amazing hotpot that has recently garnered attention at the second China International Import Expo (CIIE) in Shanghai, China. 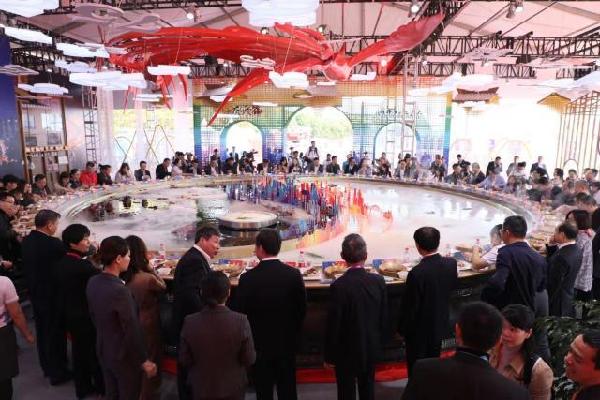 That’s because this hotpot can feed 56 people at once as it’s simply massive, and is even crowned the world’s largest hotpot. It’s so big that it’s in the Guinness World Record and measures an impressive 10 meters in diameter, 1 meter high, and weighs 13 tonnes, Xinhuanet reports.

This huge hotpot was put on display among other machines such as driverless cars and intelligent aircraft, which drew the crowds in to witness it being fired up at noon on November 6th. The jaw-dropping pot was created by Morals Village Hot Pot (Dezhuang Group), which is one of the biggest hot pot restaurant chains in Chongqing, and they intend to display it as an item of the intangible cultural heritage of China. 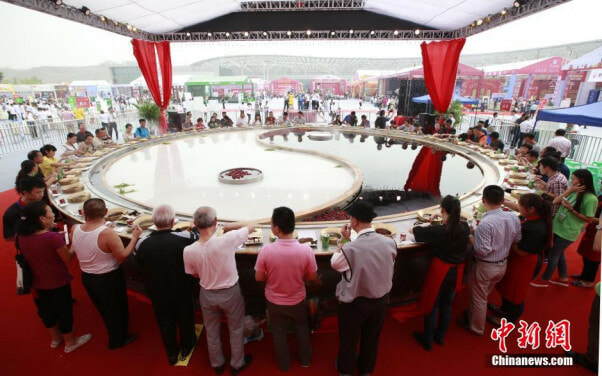 Before you think that this is just a boring pot of soup, they actually designed it so that it would contain two flavours, with half spicy soup and the other half a light broth, just like how you like yours in the restaurant. There are 56 small tripod pots on the huge pot, which are meant to symbolise the unity and harmony of the 56 ethnic groups in the country.

56 guests were invited to enjoy the awesome hotpot and sat around the massive pot while the singers and dancers gave traditional performances to further enhance the experience. The enormous pot can contain 2,000 kilograms of hot pot seasoning with 200 kilograms of peppers and 500 kilograms of chilli for the soup and requires 220 kilowatts to power it. 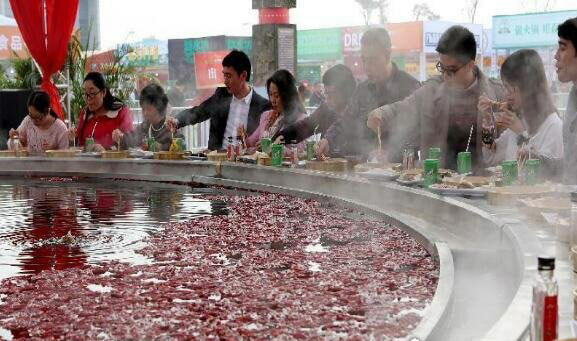 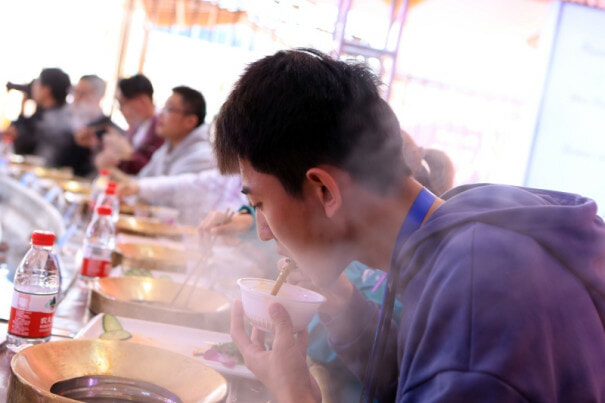 Morals Village Hot Pot includes more than ten kinds of imported food materials, including cattle tripe from New Zealand, Indian chilies, Canadian seafood, German beef lard, and beef from Australia and Brazil into their menu so that they can attract more international customers.

Wow, it looks really delicious! Wonder how it would taste like!

Also read: This Hotel Just Opened A “Human Hotpot” Where People Can Bathe in Fruits & Veggies! 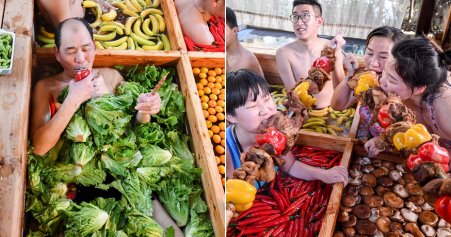