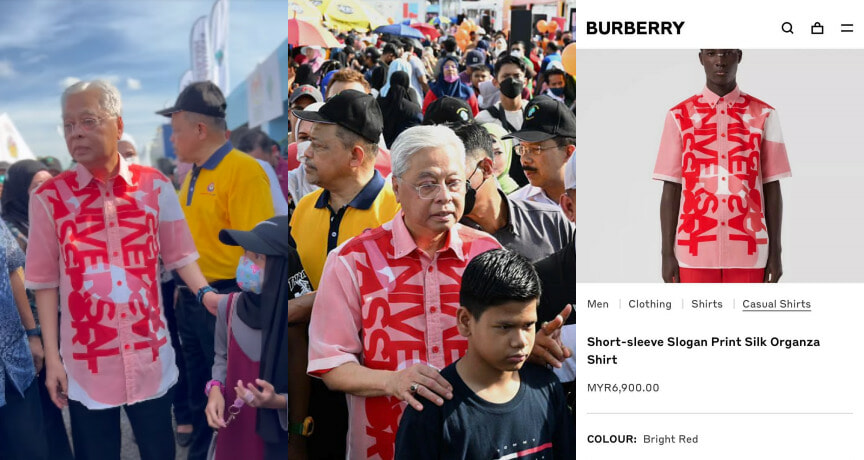 In a series of photos and videos of Ismail Sabri on his official Facebook account, the prime minister is seen greeting the people at Jom Heboh Carnival in Putrajaya. The footages show that he was welcoming the children, taking pictures with them and playing with a cat.

Nevertheless, what caught the netizens’ attention is not the event or his gestures, but the red, slogan-printed short sleeve shirt that he was wearing. According to the Burberry website, the shirt costs RM6,900. Many commented on how the people are suffering while he is wearing a shirt that costs almost three times what most Malaysians earn.

Some comments state that the cost of living in the country is getting higher, while the prime minister is wearing expensive and branded shirts. Some netizens also said that the ministers do not seem to care or provide actual assistance to the people who are suffering and that the government should realise the Keluarga Malaysia concept by standing in the rakyat’s shoes.

Besides, there are also comments praising the prime minister, hoping that he would continue his effort in making the country prosperous. 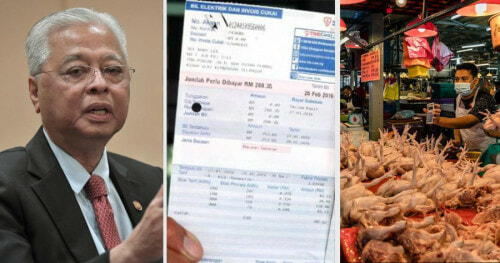