In a landmark move made by Thailand’s military government, it looks like the country is on its way to becoming the first Asian nation to legalise same-sex marriage!

Under Thailand’s civil partnership bill, the minimum age is set at 20 years and one of them has to be Thai in order to register as partners.

It was previously reported that the country’s interim parliament also voted to approve the legalisation of medical cannabis. Like the bill legalising medical marijuana, the civil partnership bill will likely need to obtain final approval by the next government following their upcoming election in 2019.

Earlier in May 2017, news of Taiwan’s top court ruled that existing laws only allowing marriage between opposite sexes to be unconstitutional and violated the rights of same-sex couples to equality.

This historic ruling paved the way for the nation to become the first in Asia to legalise same-sex unions. However, this ruling was later rejected by voters in a referendum held earlier in November 2018.

What are your thoughts on this landmark decision? Let us know in the comments below. 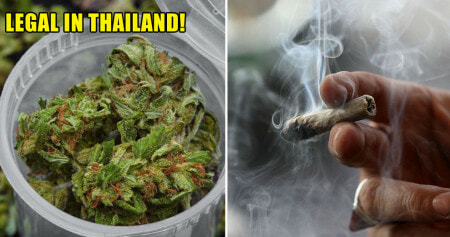