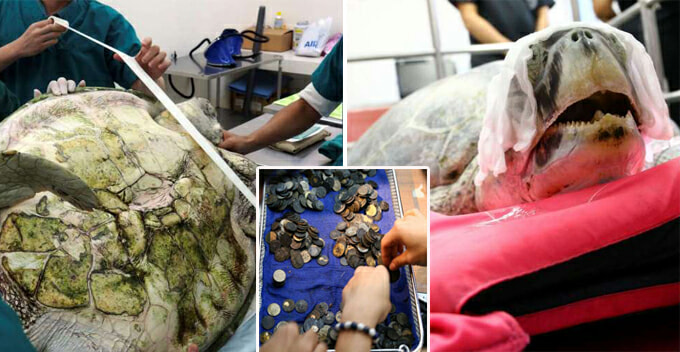 On March 6, a female green sea turtle in Thailand had to go under knife to remove 915 coins from its stomach that it had consumed over the time, Fox News reported.

The 25-year-old female turtle weighing at 59kg, lives in an abandoned pond of a town called Sriracha, near the Gulf of Thailand. 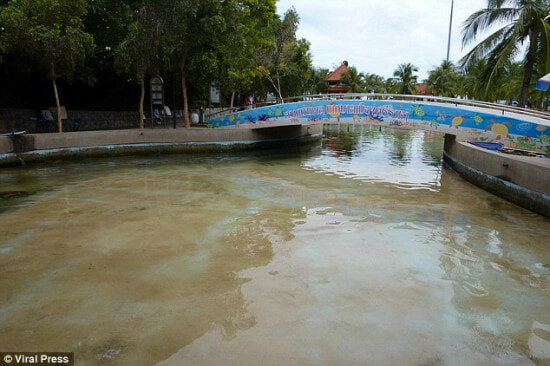 The local communities as well as tourists believed that by throwing coins on the turtle, it will bring them fortune, longevity and good luck.

Unfortunately, what people didn’t know was that the turtle would eat the coins thrown into her pool which eventually wrecked havoc on her body. 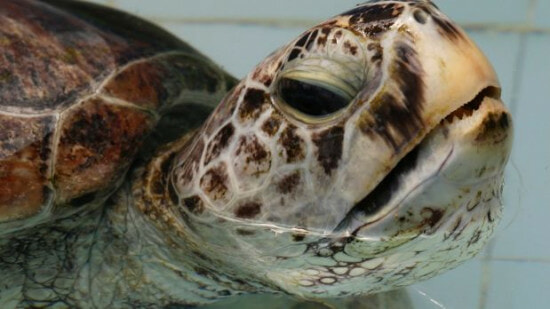 Last month, a group of veterinarians and scientists rescued her and even named her Bank. They found her struggling to breathe due to lungs inflammation, with her shell bulging and barely able to dive.

After a detailed CT scan, the veterinarians discovered an egg-shaped clump with silvery glow inside, and 2 fish hooks inside Bank’s stomach. The sheer weight of the coins was cracking Bank’s shell. 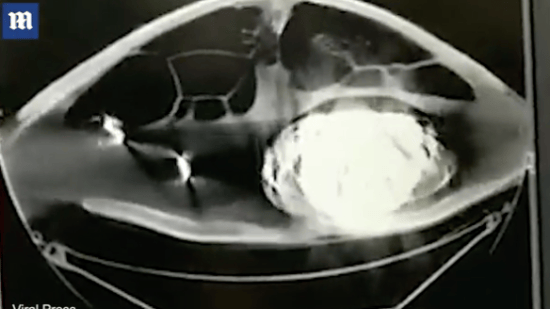 “I felt angry that humans, whether or not they meant to do it or if they did it without thinking, had caused harm to this turtle. Her sickness was very severe and the size of the collected coins was 20x23x20 cm.”

The turtle was operated by 5 surgeons from Chulalongkorn University’s veterinary faculty for 7 hours. Throughout the operation, Bank was put under general anesthesia. 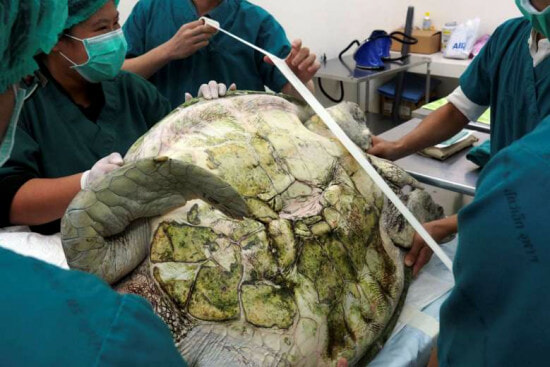 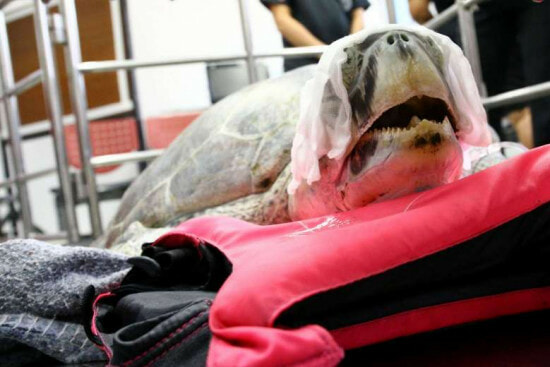 It was harder than expected. Initially, they cut a hole into her shell but the coins couldn’t be reached. So, they had no choice but to cut into her stomach. 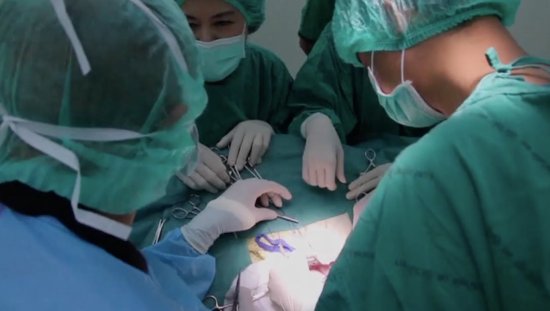 Coin by coin, the surgeons filled up the bucket with coins from Thailand and also from foreign countries. 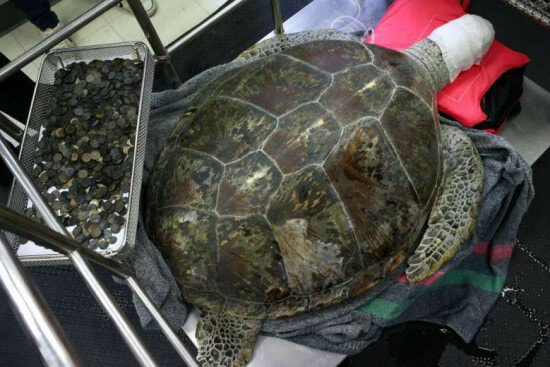 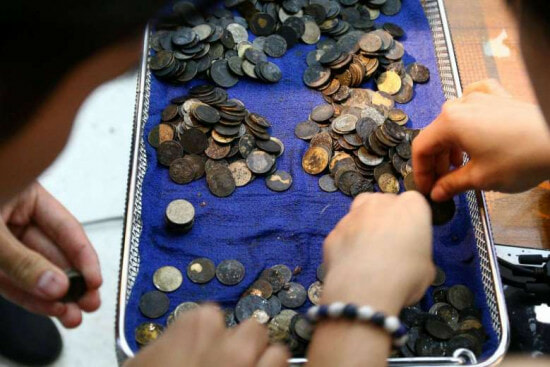 A total of 915 coins, weighing 5kg were retrieved from the turtle’s stomach with many of them partially dissolved or so corroded that they can’t be identified.

One of the surgeons said:

“The result is satisfactory. Now it’s up to Bank how much she can recover.”

Bank is now recovering in Chulalongkorn University’s animal hospital where she will be put under liquid diet for 2 weeks.

Many times us humans do not think of the after math that could happen to other wildlife. This is a reminder too all to stop throwing coins into the waters with living animals because we’re unconsciously committing sins rather than gathering luck for ourselves.

Also read: Tortoise Gets Shell Cracked After Being Trampled In Malaysia, Dies A Few Days Later 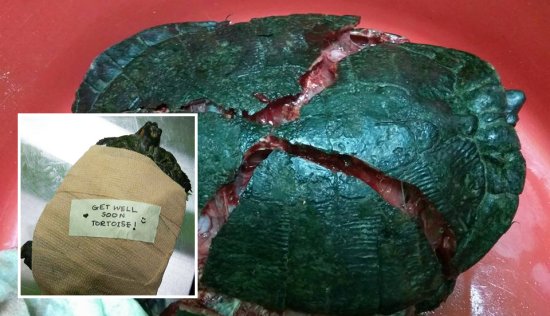