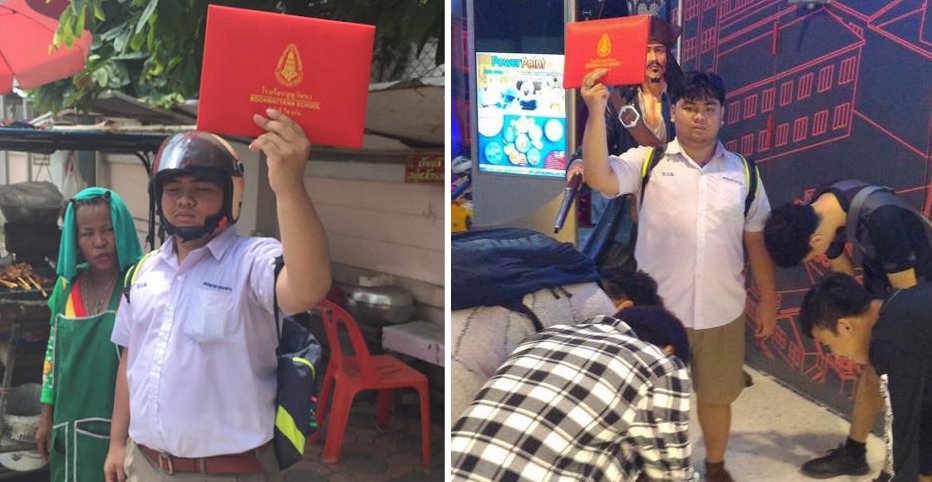 We’re all familiar with the immensely proud (and relieved) feeling you get when you graduate, whether it’s from university, college, or even high school.

This one kid from Isaan, Thailand definitely took his pride to the next level though! But it definitely kept netizens immensely entertained!

The teenage boy recently graduated high school and was incredibly proud of his achievement, so he decided the best thing he could do with his certificate was to bring it everywhere he went!

Of course, he had to post his adventures on Facebook, and the pictures he took were hilarious!

He decided to parade his high school degree all over town to as many places he could think of, including malls, shops, cinemas, and random street food vendors, all while posing with the same deadpan expression! 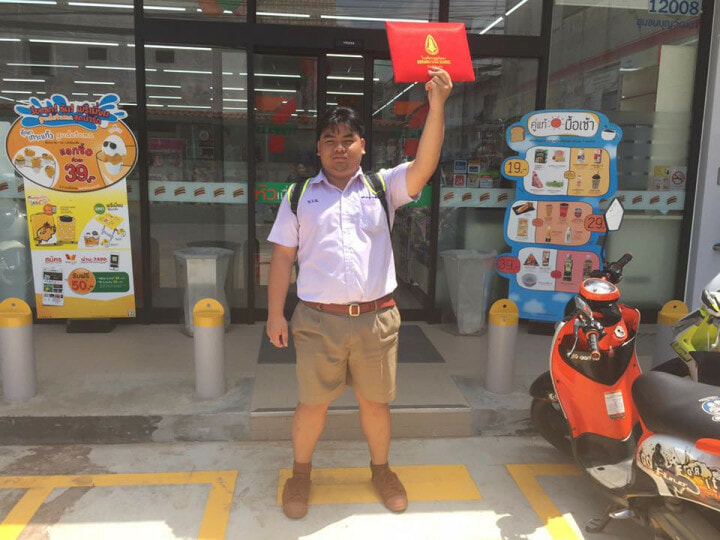 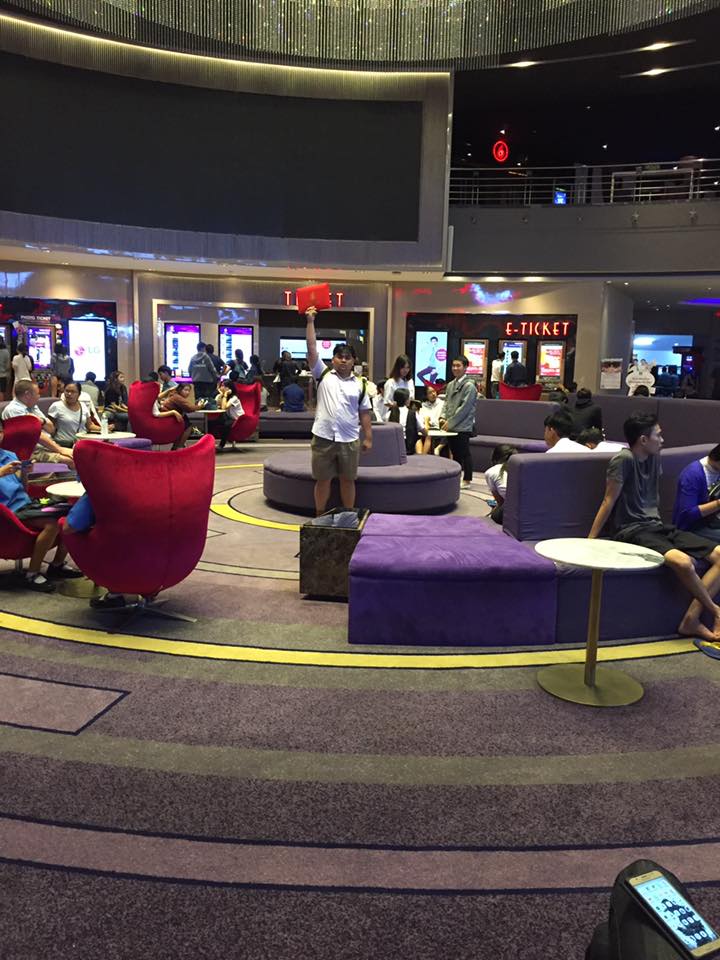 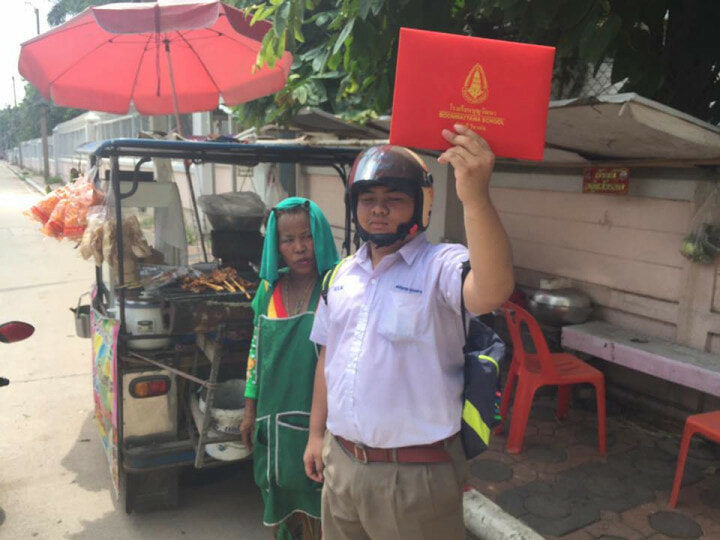 That aunty does not look amused!

He definitely earned some respect from his bros, though! Look at them bowing down! 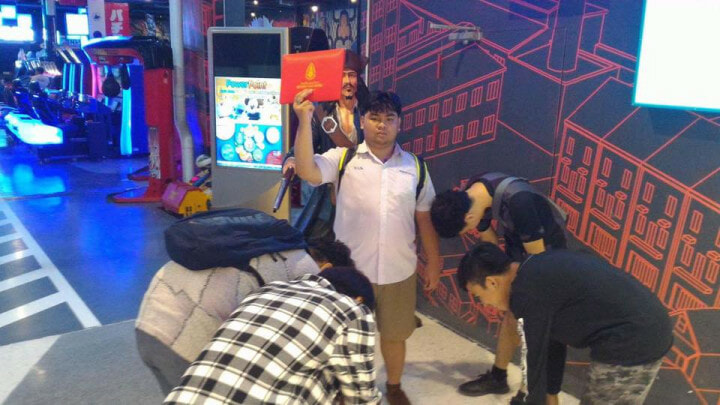 Of course, Thai netizens thought this was hilarious and saluted the teenager for the sheer amount of effort he put into the photos.

What’s even more amazing is that his posts got over 10,000 shares in just 2 days! That’s crazy!

We’d like to congratulate this boy for graduating and for taking such an epic series of photos! You do you kid!

Also read: Thai Girl Writes Funny And Sarcastic Guide To Teach Us How To Brag About Our Riches 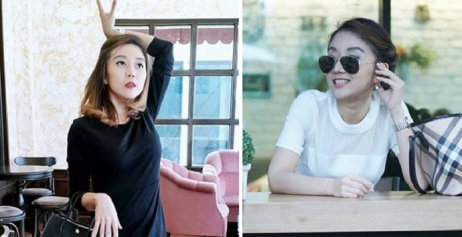