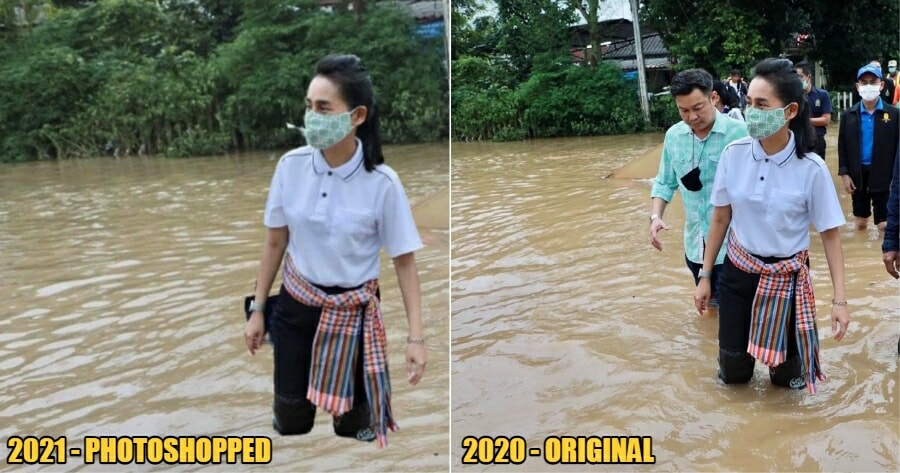 When natural disasters strike, ministers and politicians would visit the locations, evaluate the damage and do their level best to help the residents in the area however they can.

But, one minister in Thailand received backlash after a photo was posted of her wading through floodwaters as she was ‘concerned’ for the students and school staff in the area, because well, she was Photoshopped into the photo.

According to Khaosod English, the Thai Ministry of Education posted the image of Deputy Education Minister, Kanokwan Wilawan, on their Facebook page back in September, which sparked outrage as it was very obviously altered. 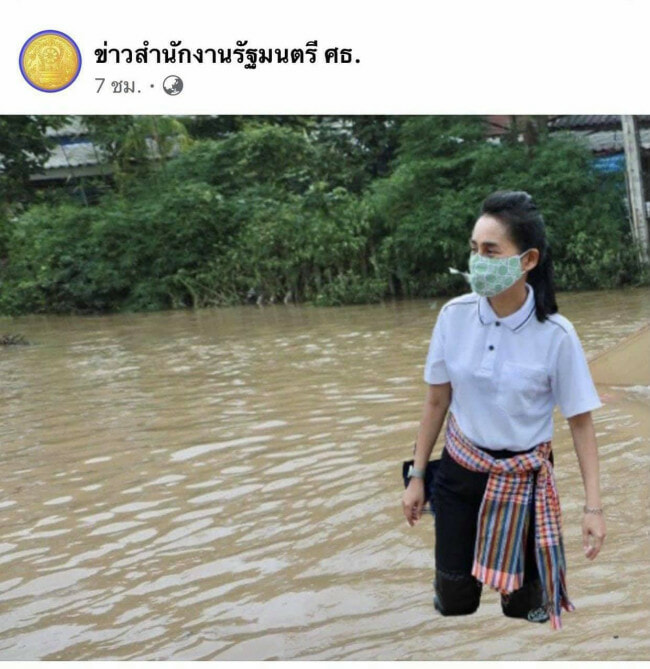 They captioned the image with, “Teacher Oh (Kanokwan’s nickname) is closely monitoring the flood in many areas, including the situation of schools and education facilities under the ministry’s supervision.”

But, not only did eagle-eyed netizens spot the Photoshop fail in the image, but they also found the original image where Kanokwan had visited a flooded area back in 2020.

If you take a look at the doctored image, you can even see a portion of pants behind Kanokwan’s right hand, pants belonging to the man standing behind her to her right in the original image. 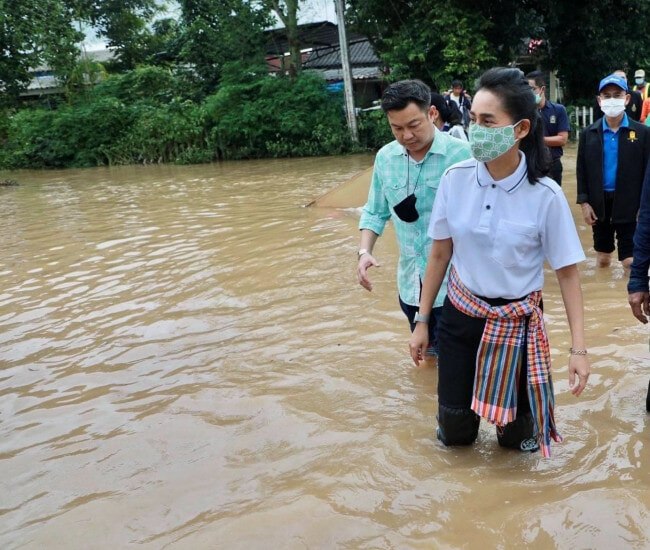 The Ministry has since apologised and deleted the photo in a statement that insisted that Kanokwan was not involved in any way.

The statement shared that it was in fact the public relations team who altered the image and took sole responsibility for the mistake. 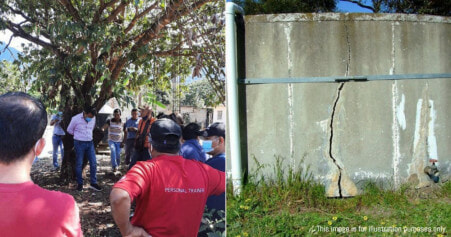