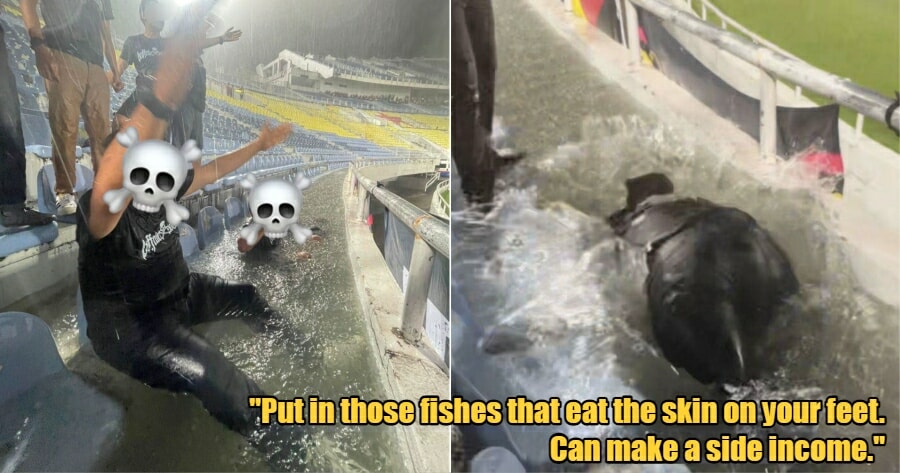 The Sultan Mizan Zainal Abidin Stadium in Terengganu is going viral online due to a particular feature that might not have been planned. A river of life, of sorts?

The Ultras Nogori 9 Facebook page took to their profile to showcase how the seating at the stadium floods when it rains heavily, leaving spectators not only soaked but somewhat submerged in the stagnant water. They wrote, “The Sultan Mizan Zainal Abidin Stadium is certainly modern. There is a river at the supporter’s seating area. If we’re not mistaken, some turtles will soon come up to lay eggs.” 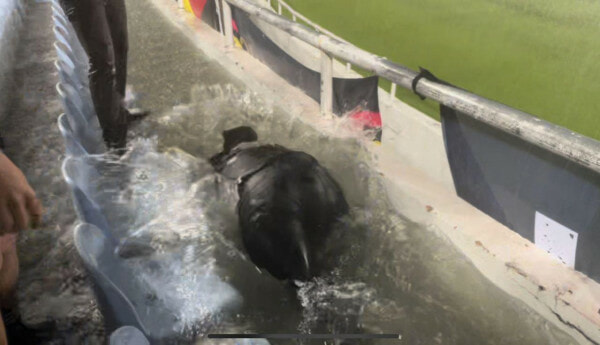 And while most of the time, these flooding situations have caused nothing but disappointment and anger among people, this time, they’re not mad about it.

Many have since shared their amusement over the matter and are making the most out of the unfortunate situation.

“Is this an aquatic stadium?”

“Killing two birds with one stone. A stadium and a freshwater fish farming project.”

“When you buy tickets to catch a football match and you get a water-park package with it.”

“For the sake of welcoming those who are coming from far away, they’ve prepared a pool to de-stress.”

“Put in those fishes that eat the skin on your feet. Can make a side income.”

Well, at least now we know how enterprising Malaysians truly are.

What do you think about this? Would you be interested in in-pool seats at a stadium? Let us know in the comment section.

Also read: For Only RM30, You Can Now Take A Tour Around JDT’s Home Base In A Hummer Limo! 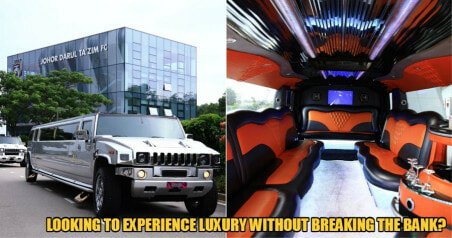