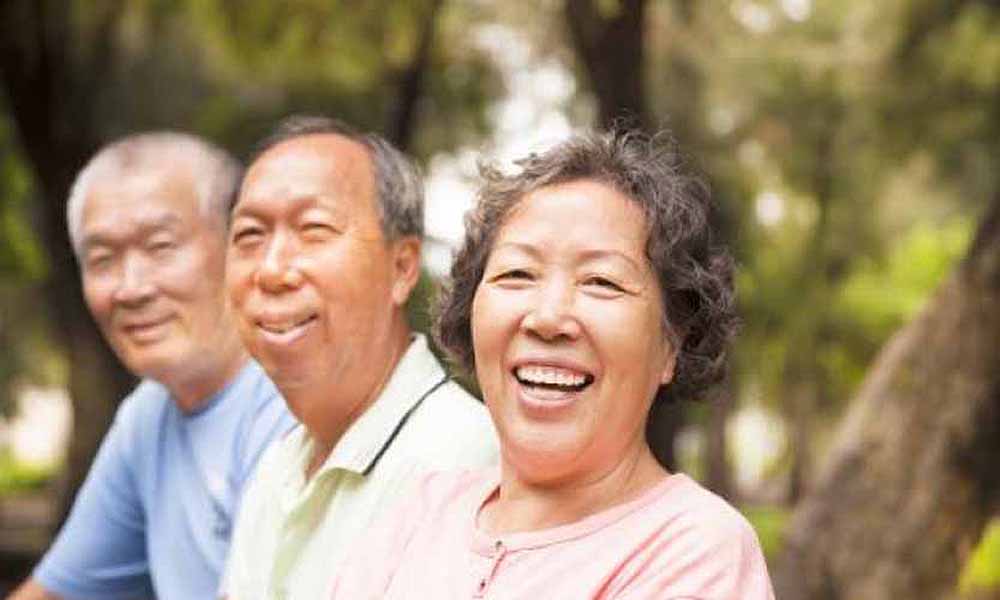 Have you ever wondered how long you’ll live?

Well, a recent study by Khazanah Research Institute (KRI) titled “Social Inequalities and Health in Malaysia” has found that the life expectancy in Malaysia has made significant improvements in the last three decades.

Women are expected to live longer than men

The gap between female and male life expectancies in Malaysia has shown to be gradually widening over the years. As aforementioned, women are expected to live up to 5 years longer than men, compared to the 4-year gap in 1970. 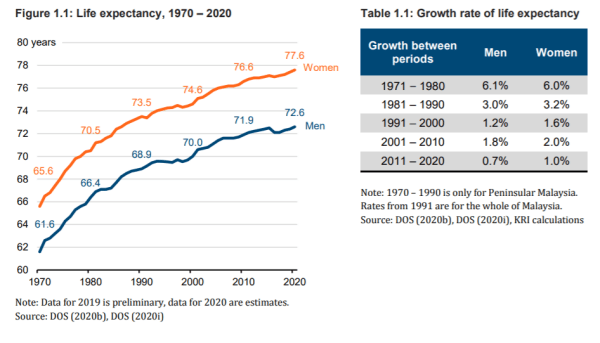 Sabah life expectancy drops while other states continue to rise

While research has found that life expectancy has risen in all Malaysian states from 2001 to 2019, Sabah seems to be the only exception. Data found by KRI shows Sabah’s life expectancy dropping from 75 years to 73 years for men and 77 years to 75 years for women, a total 2-year decrease from 2010 to 2020. 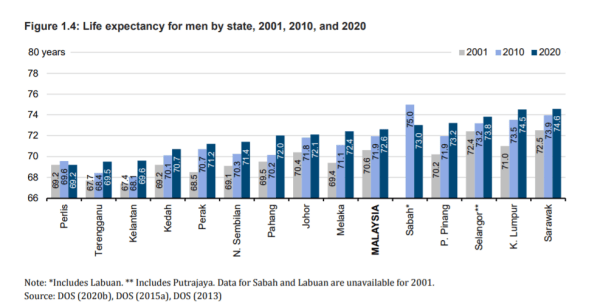 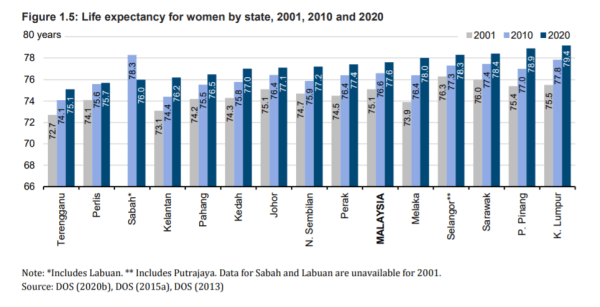 Data also shows that among all states, KL has the highest life expectancy for women, sitting at 79.4 years, followed by Penang (78.9 years) and Sarawak (78.4 years). While Sarawak leads with their male life expectancy at 74.6 years, with KL (74.5 years) and Selangor (73.8 years) not far behind either. 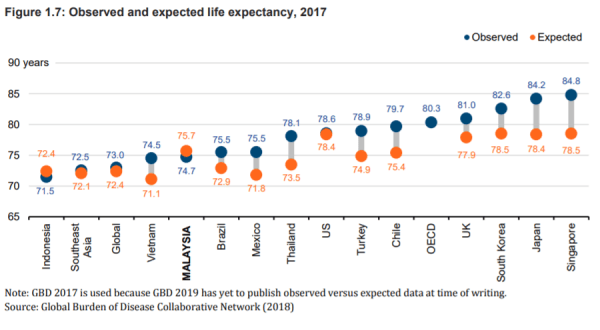 Malaysia’s observed and expected life expectancy is also significantly lower than those of other countries, including Singapore, Japan, South Korea and more.

Even countries like Vietnam, where their expected life expectancy was significantly lower than Malaysia’s, sitting at 71.1 years, fared similarly when it came down to their observed life expectancy in 2017 (with only a 0.2-year difference separating the two).

Well, what do you think of these statistics? Do you believe you’ll live until the life expectancy set by this study? 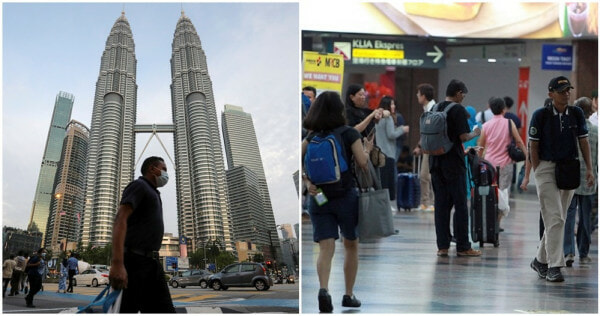