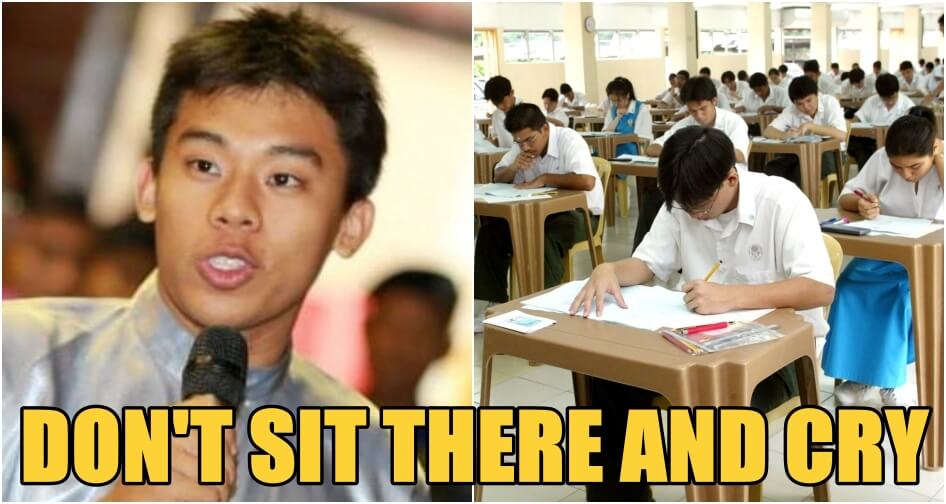 Netizen Quek Yew Aun took to Twitter to share the speech he gave to STPM candidates who were just six months away from their final exam, in light of the Matriculation versus STPM debate.

So, I spoke to a group of Upper 6 students today; 6 months away from the most important exam in their lives. This engagement was especially poignant given the whole STPM vs Matrikulasi debate going on in the background.

Quek says journeying through STPM is very common among non-Bumiputras in Malaysia, as most Bumiputra students will continue their studies in foundation programs or matriculation colleges nationwide. 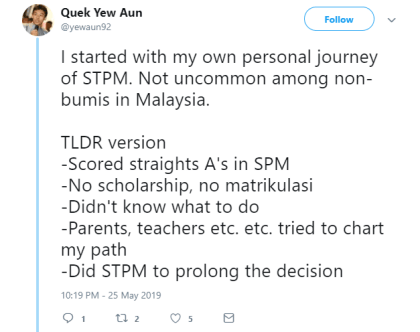 STPM, according to Quek, is undoubtedly a big step up from SPM, citing the massive gap in difficulty between the two. He added that the big step up has positively impacted him, teaching him valuable lessons which he shared to the students.

These are some of the advantages of taking the STPM route: He learnt how to work hard, he gained access to local and international institutions of higher learning and scholarships, as well as got prepared for university life.

Understanding the daunting task that stands in the way of STPM candidates, Quek urged them to dig deep and deliver.

There were a total of four recommendations made by Quek for would-be STPM candidates:

1. Count your blessings and stop comparing.

3. Keep your eyes peeled for opportunities. 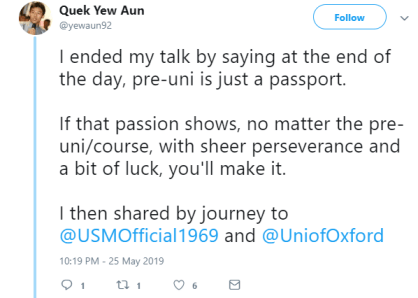 Quek then went on to highlight the issues surrounding STPM candidates that leave them in a state of uncertainty. 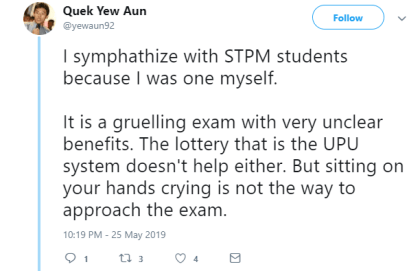 He added that the journey through STPM would require some form of sacrifice, which ultimately will change a family’s future forever. 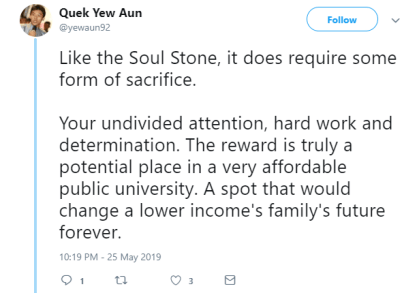 In his thread, he mentions the difficulty of the organiser in finding speakers to speak during STPM sessions as most STPM “survivors” had terrible experiences with the exam.

Quek highlighted several issues that need to be changed in the future by the Ministry of Education. 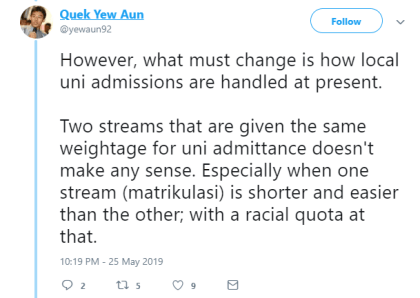 Quek recommends that the Ministry of Education streamline both STPM and matriculation courses to ensure that future Malaysian students get the very best pre-u education with the highest academic vigour, are assessed for limited spaces in university on equal ground, and are not divided by racial quotas.

Quek’s argument for equal grounds in terms of university admission speaks volumes of how much work the new government needs to put in to ensure fairness and progress.

The argument between matriculation vs STPM will continue to divide Malaysians unless something is done by the government.

What do you think about this situation? Share with us your thoughts in the comments section!

Also read: Matriculation Chemistry Is Only “Form 4 Level”, While STPM Students Suffer, According to Teacher 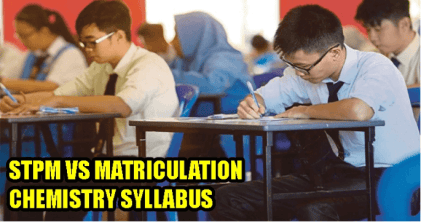