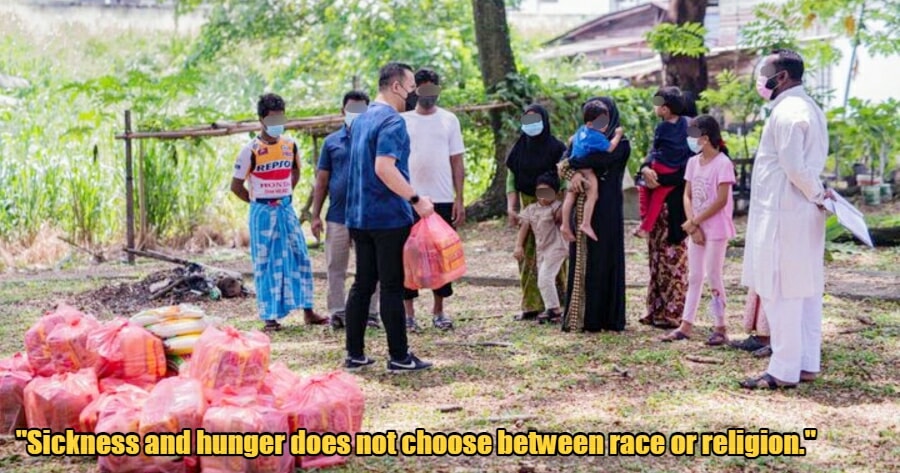 While many people in Malaysia have lost their jobs and are now struggling to survive, certain communities never even had a chance to work to survive.

Local politician, Steven Sim, took to his Facebook page to showcase the struggles of the Rohingya community in Penang as he distributed 100 sets of food aid.

“Not given aid by the authorities as they’re not Malaysians”

He wrote, “Sickness and hunger do not choose between race or religion. Almost every day, I am contacted by the Rohingya people in Penang, asking for food aid. They don’t have jobs, no incomes and what’s most saddening is that they are not given aid by the authorities because they are not Malaysians.”

Among the Rohingya people who require help are mothers who can’t help but cry in desperation as their small children do not have food to eat. There are even adults who have gone hungry for days so that the children can eat. 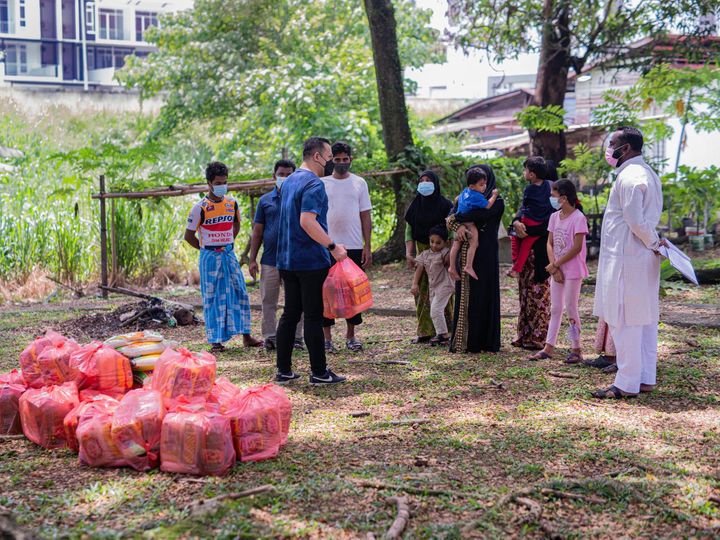 “I don’t know how they got my number, but when I received their phone calls asking for help, I was not willing to turn them away. Every day we have sent to the houses of the Rohingya people, as we’ve sent aid to the locals,”

“Two days ago, I called the representative of the Rohingya community to discuss more comprehensive assistance. Many who have called are not fluent in Malay, and I cannot afford to help every case that comes from the Rohingya community. Hence, I approved 100 sets of food aid to the representative so that they can distribute it among the families that require help,” he explained.

According to him, the foreign migrant and immigrant communities may very well be some of the most affected people due to the pandemic.

“I have been informed that in Sabah, migrants have starved to death. For the sake of humanity, I made some small contributions. Besides the Rohingya people, this week, I have also sent 100 sets of food aid to the migrant community in Labuan, Sabah,”

“I hope the aid at least fills their hungry tummies and eases their worried hearts,” he added.

While these communities have not received help from the authorities, it’s good to see that Malaysians are still stepping up to recognise their struggles and help however they can.

We can follow this example by helping where we can afford to, without seeing race, religion or nationality.

Also read: Elderly Uncle Wears Giant Plastic Bag For His Vaccination, But That’s Not What Shocked Us 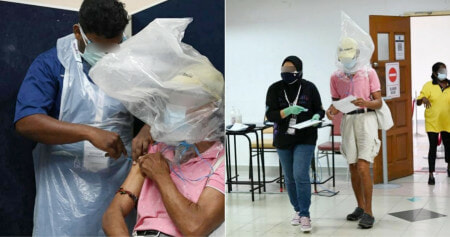