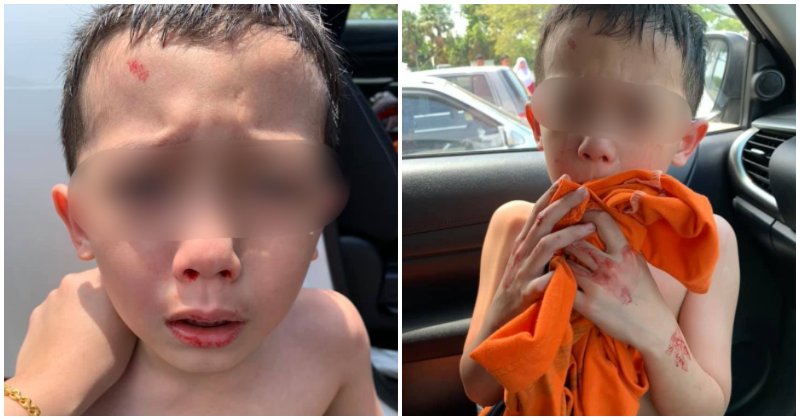 It seems that bullying culture among Malaysians is growing stronger every day – or maybe we’re just more aware because of social media. The worst part, though? It seems to be happening more severely among school children. After all, just a while back, we saw a poor little boy get stabbed with a pencil just because he wanted to submit his homework.

Another bullying case has surfaced, in which a shocked mother in Sarawak found her son with a bloody nose after getting punched by one of his peers.

Norihan Jamil took to her Facebook page to vent about how her 7-year-old son had come to her crying, when she arrived to pick him up after school. He had his extra-curricular T-shirt in his hands while his nose, lips, forehead and hands were covered in somewhat dried up blood.

Norihan explains in her posting,

Wouldn’t any parent be shocked to see their child with a bloody nose, crying while running out of the school when it’s time to pick them up? When asked what happened, he said he had gotten punched. What? But why? I felt like my heart was going to fall out. 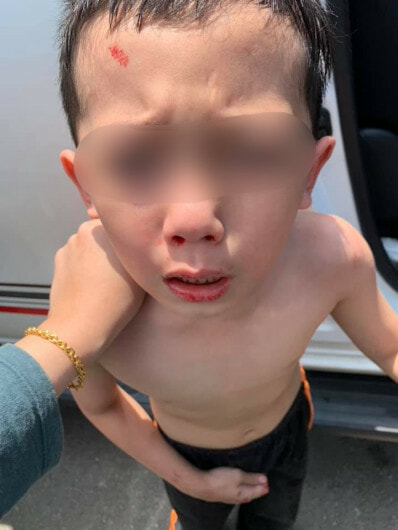 If I didn’t have a small child in my car, I would have already went looking for the bully. I’ve heard of bullying cases in school. But you’ll only know how it feels when it happens to you. I feel like I’m going to explode.

A report has been made to the school. I hope the school board will solve this issue and that this doesn’t happen again.

Your dad is going to send you for martial arts classes, okay son?” 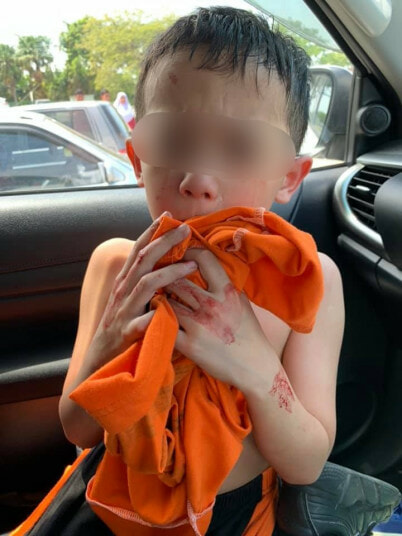 Based on the mother’s statement, it seems that the bully was not provoked or had any reason to punch her son, which begs the question, what is going on?

Why are children resulting to such violence to solve whatever open or hidden issues they have with their peers? Where were the teachers when this was happening?

Some netizens were so angered by the incident that they suggested legal action. But can you take legal action against the misbehaviour of an 8-year-old? 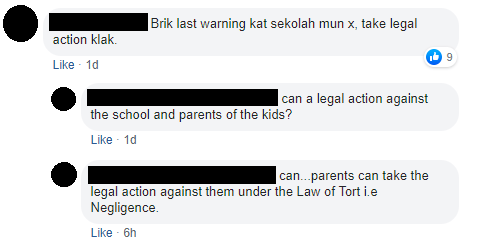 In the United States, there is a law called the Parental Responsibility Law that holds parents liable for the criminal actions of their children. Maybe it’s about time Malaysia creates a similarly structured set of rules for parents, considering bully culture starts from home, right?

Norihan’s posting has since garnered over 4,500 shares.

I just want to give that poor boy a hug. 🙁

Also read: 10yo Boy’s Sister Was Bullied in School So He Made an Anti-Bully System to Alert Teachers 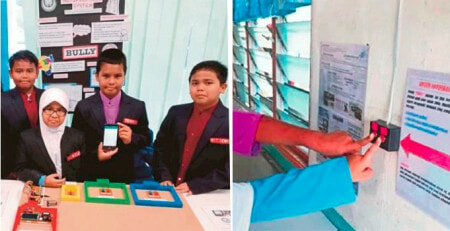