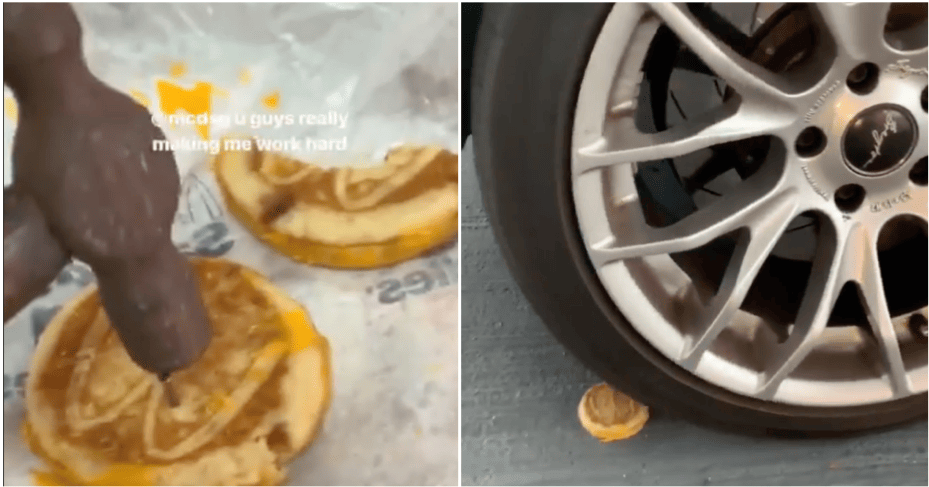 If you are anything like us, surely there are rare seasonal items on the Mcdonald’s menu that you will definitely order and makan. Apparently, in Singapore, there is something called McGriddles which according to locals there, it is irresistibly sedap! It’s a breakfast burger-like sandwich btw!

Unfortunately for Edwin Edl, his dream of tasting the Sausage McGriddles with Egg turned sour after he received a rock hard version of it instead. However, instead of getting angry, Edwin decided to have fun and initiated a few challenges to test the integrity of the impenetrable McGriddles.

“I don’t usually do this. But this is way too funny for me not to share! But thank you McDonald’s for making my day!”

He explained that he didn’t freeze it himself or anything. But then how did this get past the McStaff?!

In the first video, he tested the “McRock” using a plastic fork, a screwdriver, a metal fork, and even a knife but these tools failed to penetrate or ruin the seemingly indestructible McGriddles.

Only when he took out a hammer and nail was he was finally able to go through the structure of the burger.

In the second challenge, the McGriddles was able to withstand being run over by a car! Unbelievable! We should adopt it into our military defence system.

Finally, he did the ultimate challenge which was to throw the McGriddles off a building, and yes, the burger came out unscathed. Hebat betul!

More challenges will be added soon according to Edwin. For us, the whole McGriddles incident has made us wonder how McD made such an invincible meal. Surely only a superhuman can chow down the ever so popular McGriddles.

Also read: Man Gets Injured After He Bit On Needle-Like Object While Eating McDonald’s Burger 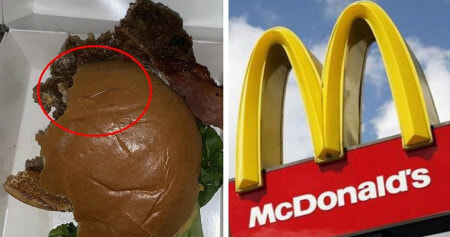