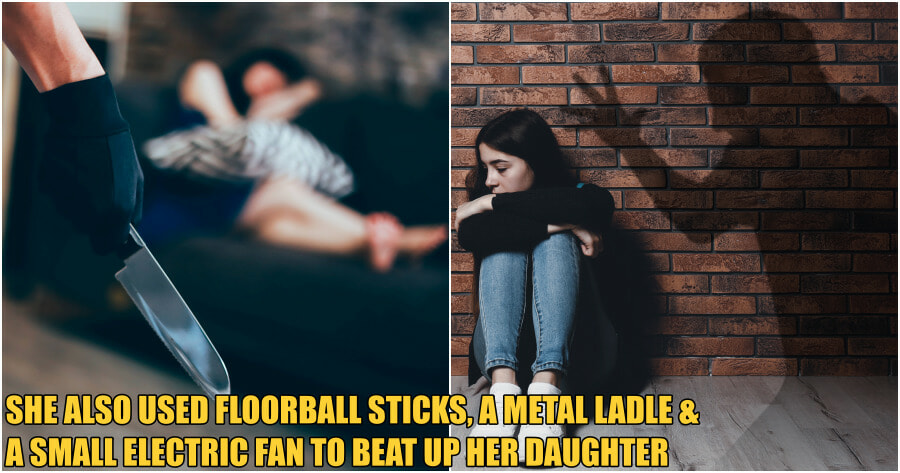 As teenagers, one of the most common phrases we’d hear our Asian parents say is, “this is a house not a hotel” as a reminder for going out far too frequently.

Although we might’ve simply rolled our eyes and ignored such phrases, a 15-year-old Singaporean girl was stabbed and beaten up by her mother simply for going out too frequently.

According to The Straits Times, the mother who had consumed alcohol, stabbed her 15-year-old daughter’s right thigh with a knife as she was upset with the girl for going out frequently. 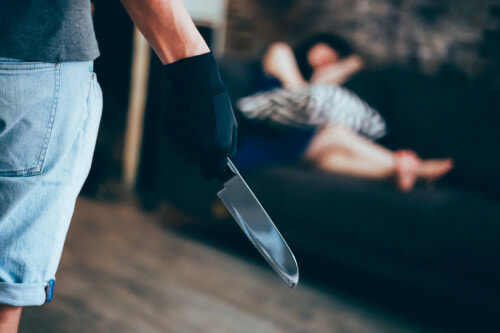 She also used floorball sticks, a metal ladle and a small electric fan to hit her daughter during the incident.

The 40-year-old has pleaded guilty to voluntarily causing hurt to her daughter with a weapon.

The teenager was preparing to go to bed in their flat on June 20 when her mother started scolding her. 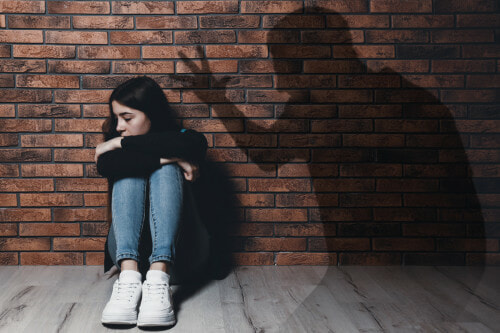 Deputy Public Prosecutor Tan Yanying said, “At about 1:37am, the accused asked if she should kill the victim before stabbing the victim in the right thigh, causing the victim to bleed. The victim also sustained a cut on her right arm as she was trying to stop the accused.”

“The victim immediately tried to stop the bleeding by tying a shirt around her thigh. Upon seeing what had happened, the accused told the victim to clean up the blood on the floor before (the accused) headed back to the kitchen.”

In fear of what her mother might do to her next, the girl hobbled to her sister’s room for safety. However, when the mother returned to the room and saw that the blood had not been cleaned up, she shouted at the girl to come back.

She then repeatedly struck the injured girl with a metal ladle until it became bent out of shape, bent the ladle back into shape, resumed hitting the victim with the ladle and ignored the victim’s cries for her to stop.

An unidentified person who heard the commotion alerted the police, and officers arrived at the flat at around 1:50am. 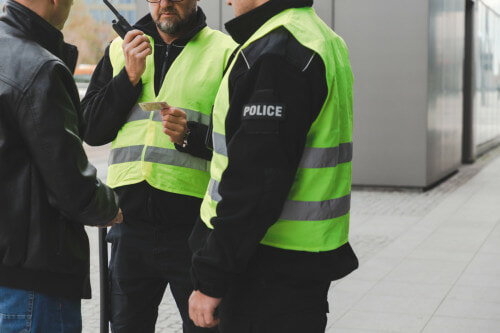 She told the girl to hide in the bathroom and lied to the officers that there had been no dispute, whilst claiming that she and her older daughter were merely talking loudly.

After they left, the mother continued hitting the girl with an electric fan until it broke. She also hit the teen with 2 floorball sticks before stopping and telling her older daughter to attend to her sister’s wounds.

The woman eventually called the police at around 3:20am that night and came clean about what she had done.

The victim was taken to KKH where she was found with injuries including lacerations on her arms and right thigh.

Her assailant is expected to be sentenced on January 4, 2023. For using a weapon to voluntarily cause hurt to another person, an offender can be jailed for up to 7 years, fined, caned or receive any combination of such punishments.

The victim, who was warded at KK Women’s and Children’s Hospital (KKH) from June 20 to July 1, 2022, after the attack, is now under her maternal aunt’s care.

We hope that the victim gets justice for everything she went through. Violence is never the solution for anything. 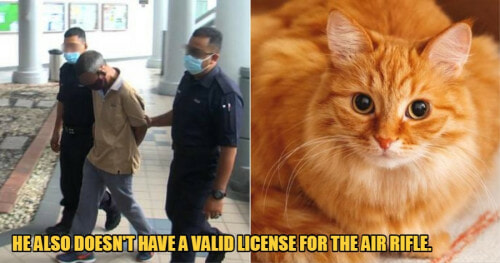