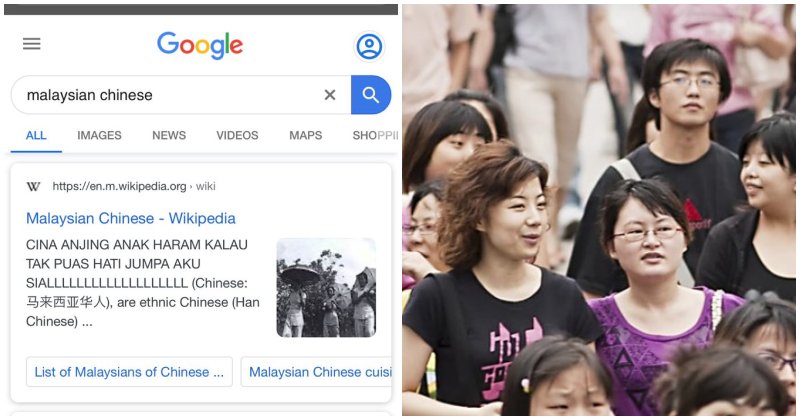 So, if you have happened to Google the phrase, “Malaysian Chinese” the past few days you might have noticed something really weird when the search results come up. The first result that turns up is the Wikipedia page about Malaysian Chinese, but instead of a banal description, highly provocative sentences appear.

Here’s what would have appeared if you’d Googled it before this: 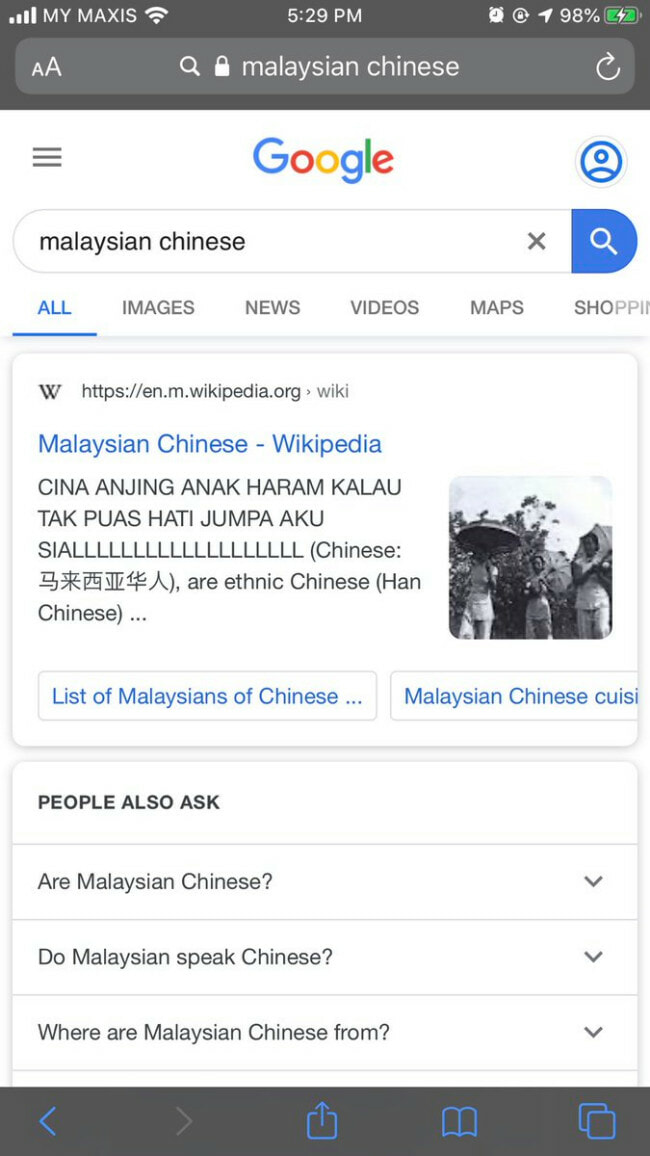 Now, those are some really derogatory phrases and it seems to be the work of some malicious people, who wants to create racial disharmony in Malaysia. Basically, the person said that Malaysian Chinese were haram and if they didn’t like it, they could go and look for the culprit.

We also want to stress that this is a sick stunt made by one particular individual. Hence, remind everybody that we should not generalise and point fingers at any race!

A netizen did some digging and discovered that the person also didn’t really cover their tracks by using a Wikipedia account. Instead, they logged in using a public IP address and made the insulting remarks.

Before the final version, there were a few other similar edits by the same person. In case you didn’t know, Wikipedia can be edited by anyone but your identity (or IP address) will be shown in the edit history complete with timestamps. In this case, that person made the edits on November 2nd but it was only recently discovered.

So…. if you’re hardworking you can stalk this person out la! And tell us who it is also 😛

Luckily, someone realised that the Wikipedia page had been vandalised and the insulting words have since been removed. It will no longer appear on Google when you do a search but if you take a look at its Edit logs, then it’s probably there.

While we aren’t sure who is malicious enough to do something like that, it’s better to spread love instead of hate as we are a multiracial country and we all want a harmonious and peaceful nation. So, please, let’s all maintain the peace and love in Malaysia, guys! 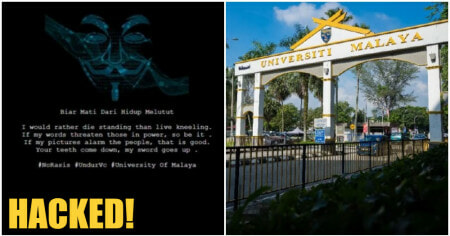