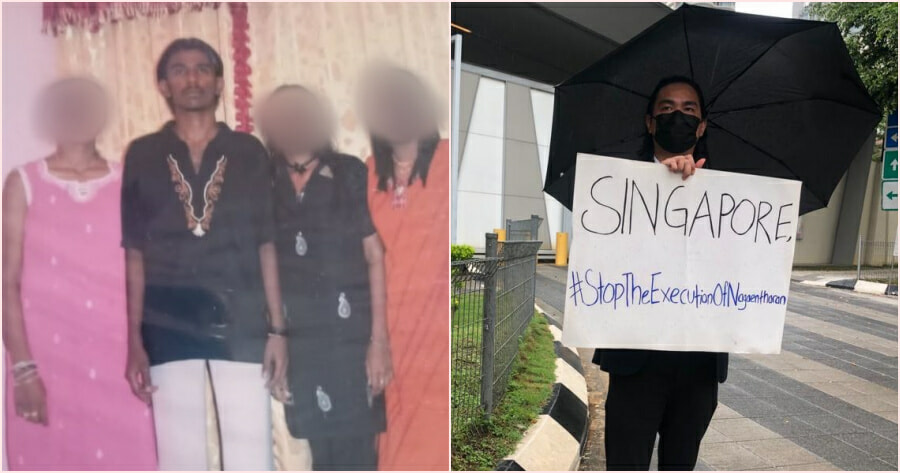 News of the impending execution of an intellectually-disabled Malaysian in Singapore had recently sparked protests all over the region.

It even prompted Prime Minister Datuk Seri Ismail Sabri to write to his Singaporean counterpart Lee Hsien Loong to personally appeal for leniency. 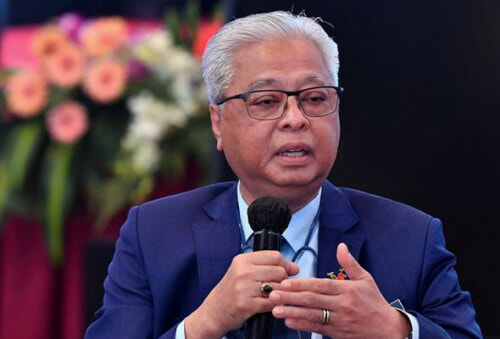 Following that, some positive news has finally been announced as it is reported that the Singapore High Court has temporarily suspended the execution of Nagaenthran Dharmalingam.

The news was shared today (8 November) by Lawyers for Liberty Founder N. Surendran on Twitter who wrote, “Wonderful news. High Court has stayed the execution of Nagaenthran.”

Nagaenthran was convicted by Singapore after he was caught trafficking 42.72gm of diamorphine back in 2009.

He was also diagnosed with a borderline intellectual disability with an IQ of 69 and Attention Deficit Hyperactivity Disorder (ADHD) during his forensic psychiatric evaluation which prompted many human rights activists and lawyers to call out the Singaporean government for their decision to execute him.

The situation has even prompted the creation of an online petition calling for the Singaporean government to pardon his death sentence. The petition has since been signed by over 63,000 people. 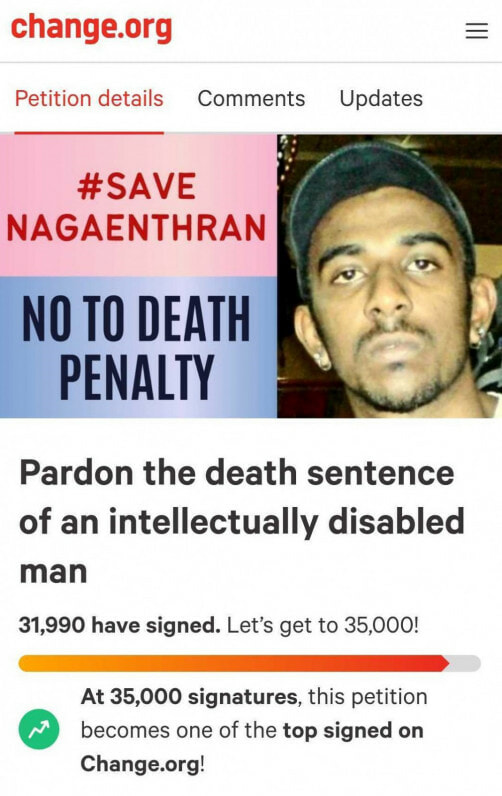 What do you guys think of this development in Nagaenthran’s case? Let us know in the comments. 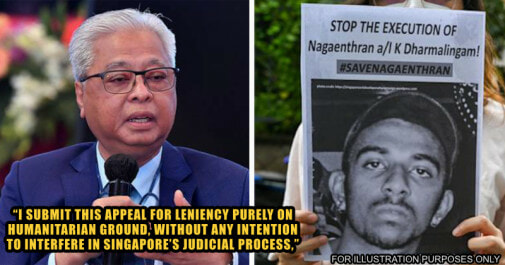