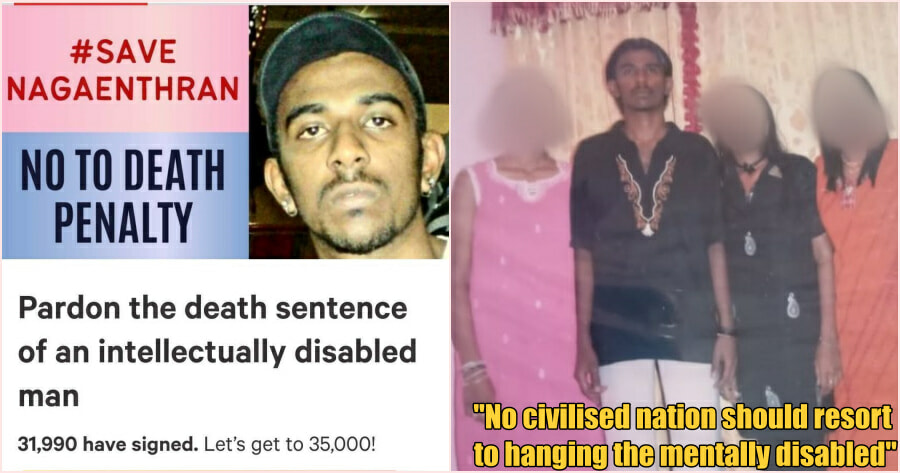 Recently, news of a Malaysian man, Nagaenthran K Dharmalingam’s imminent death sentence in Singapore made headlines all over the world.

Over 30,000 people have signed an online petition pleading to Singapore President Halimah Yacob for clemency over Nagaenthran, who was convicted of trafficking 42.72grams of diamorphine (a narcotic analgesic used to treat severe pain), slightly more than three tablespoons in Singapore, back in 2009. 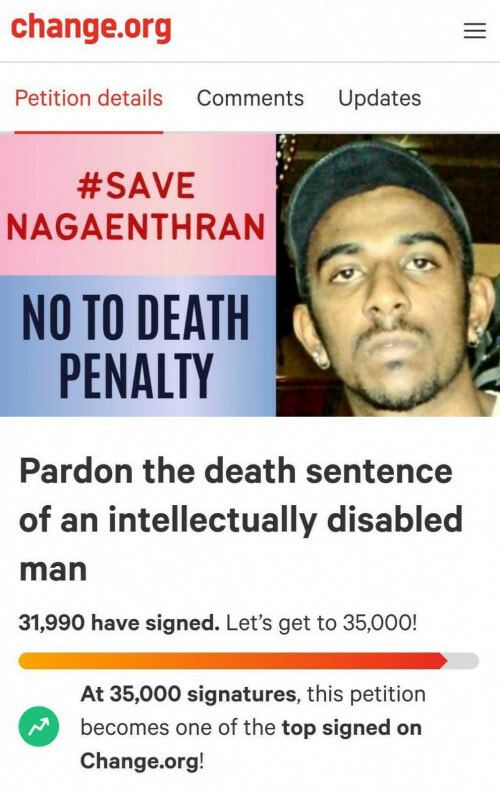 Despite the fact that he has been declared to be suffering from ADHD and has a very low IQ of 69, he is currently facing imminent execution on 10 November. His family was informed of the scheduled hanging two weeks ago.

Meanwhile, due to the proceedings, Nagaenthran’s family has managed to go down and stay in Singapore through crowdfunding efforts to visit him and make other preparations.

Rights groups and political parties such as Malaysia’s Lawyers For Liberty and the Democratic Action Party (DAP) have condemned the Singapore government’s decision to execute Nagaenthran. 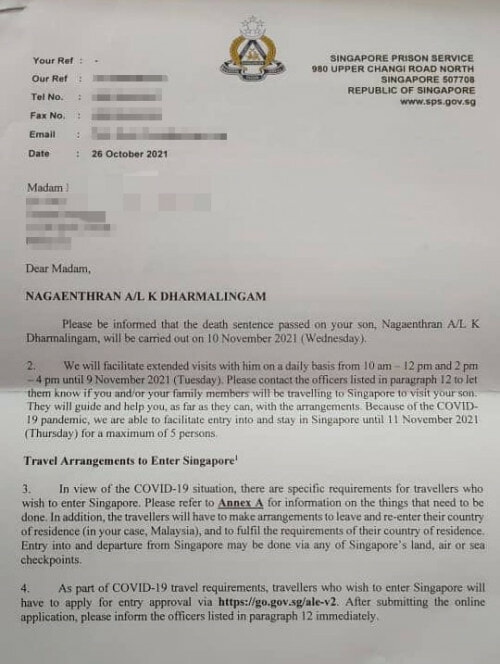 In a statement, Lawyers For Liberty advisor N Surendran said, “Nagaenthran is no ordinary death row prisoner; he suffers from mental disability, with an IQ of 69. His condition is diagnosed and certified by a qualified Singapore-based psychiatrist.”

“That Singapore is determined now to go on with this execution is shocking and sickening. No civilised nation should resort to hanging the mentally disabled.”

“Singapore is consequently in flagrant breach of the prohibition under customary international law against the execution of persons with any form of mental impairment; as well as in defiance of the UN General Assembly which called on member states not execute ‘persons with mental or intellectual impairment’,” he added.

“We strongly urge the Singapore government to halt the looming execution of mentally disabled Nagaenthran, consistent with international law, and the law of humanity.” 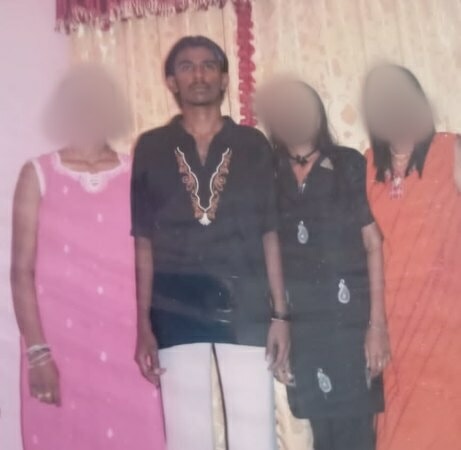 Meanwhile, DAP Woman’s International Secretary and Batuk Kawan MP Kasthuri Patto said in a statement, “What I am appealing to the Singaporean Government, to the President of Singapore Her Excellency Halimah Yaacob is not to forgive or free Nagaenthran but to halt his execution on November 10th and to commute his sentence.”

“I beg and appeal to the Government of Singapore to halt the execution of Nagaenthran and to commute his sentence.”

“A country like Singapore must set the bar for upholding human rights, including the rights of a person with a disability to be tried fairly in the eyes of the law,” she added. 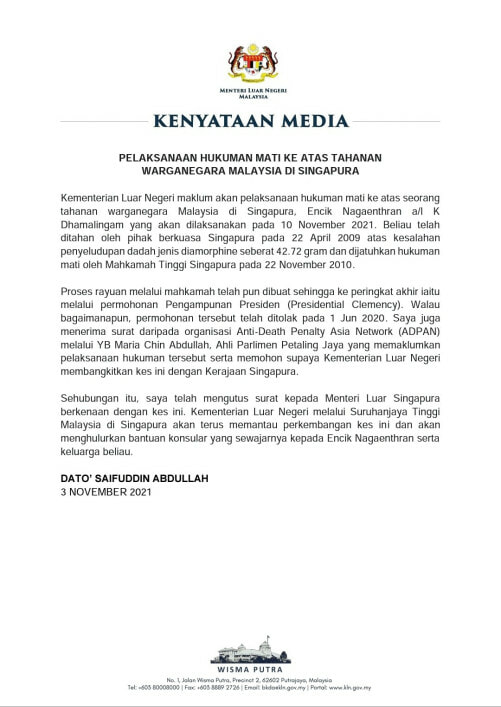 “The Ministry of Foreign Affairs through the Malaysian High Commission in Singapore will continue to monitor the progress of this case and will extend appropriate consular assistance to Mr Nagaenthran and his family.” 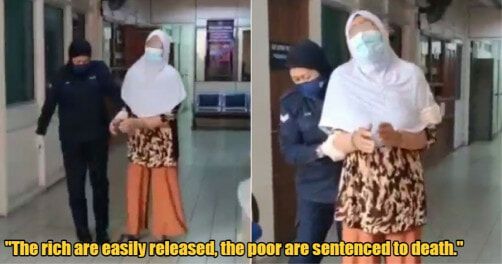