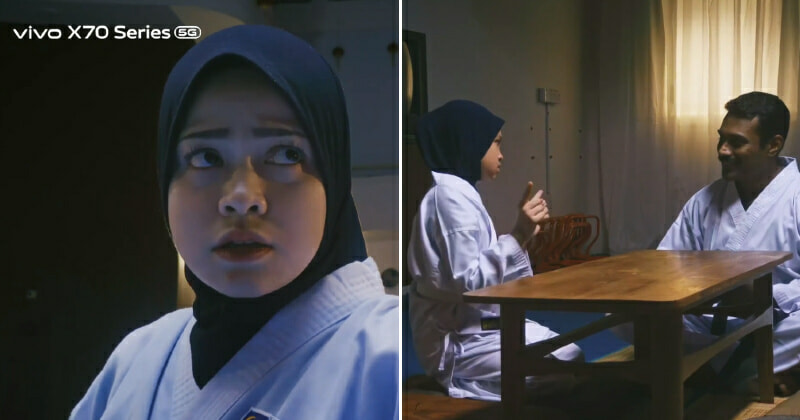 vivo Malaysia released a short film titled ‘Shout it Out’ featuring a deaf Malaysian girl’s determination in reaching for her dreams to be a national athlete. The film, which was 9 minutes and 30 seconds long, was shot with the vivo X70 Pro, the professional photography flagship smartphone with advanced mobile imaging technology co-engineered with ZEISS.

Shout it Out – a story about dreams and determination

Inspired by a true story, ‘Shout it Out’ follows the story of Siti, a deaf Malaysian since young who, against all odds, fights her way to master Karate and represent Malaysia in an international Karate tournament. Set in scenes where she constantly faces various challenges and rejections, being laughed at and self-doubt, the film highlights her strong determination coupled with her teacher’s unwavering guidance to get her on the world stage as a national athlete.

Directed by Mallory Lee, we see the life of Siti (played by Nurizyan Binti Hishammuddin), a young, petite Malay girl who started her journey towards becoming a national Karate athlete. Under the guidance of her coach (played by Seelan Manoheran) and his faith in her abilities, Siti endured through her training and life struggles, pressing on to reach her dreams of competing for Malaysia. Brace yourself to get caught up in feels from this inspiring story!

And it was all shot using the vivo X70 Pro!

Mike Xu, Chief Executive Officer of vivo Malaysia said, “At vivo, we believe that every person has the potential of accomplishing great achievements, regardless of their background. We are humbled to have the opportunity to share the life of Siti through this film, capturing her incredible story in reaching her dreams despite limitations. Using the vivo X70 Pro’s advanced imaging technology, the film demonstrated the filming capabilities of the smartphone and its potential as a professional filmography device.”

“Filming ‘Shout it Out’ was a great experience for me. As we film the video, I want to capture the true essence and emotions played by Siti, showing her struggles, joy, determination and courage in reaching her dreams regardless of her difficulties. Using the vivo X70 Pro, I was able to capture all of that as seen in the final video. I hope Malaysians would be inspired watching this short film as it inspired me,” said Mallory, Director of ‘Shout it Out’.

Staying true to the brand’s core value, “joy of humanity”, this short film is a way for vivo to express joy through the lens of their smartphone camera. They are also trying to raise awareness about real issues in our society, such as the trials and tribulations of our local athletes with disabilities which is the true story that inspired this film.

Just check out some of the behind the scene footage of the film below to see some of the amazing features of the vivo X70 Pro:

If you’re a budding photographer or videographer, this is the gadget for you!

The short film is also accompanied by a very inspiring theme song of the same name, “Shout it Out”, that is performed by the talented local singer, Jeryl Lee Pei Ling. The heartfelt and motivating lyrics paired with Jeryl’s melodic voice definitely made the perfect soundtrack to the film. Just listen to it here and sing along to the catchy chorus!

The ‘Shout it Out’ short film is now available and can be viewed on vivo Malaysia’s Official Youtube Channel.

And if you’d like to know more about the vivo X70 Pro, you can also visit the vivo website here. 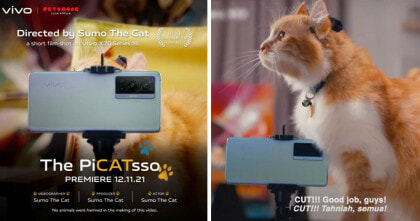