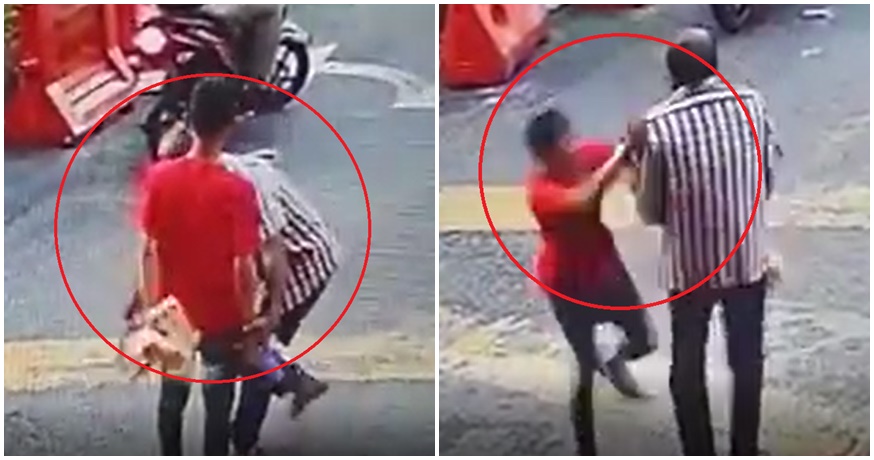 Thieves know no morals and certainly need no reason to commit crimes for their own benefit. After all, desperate times call for desperate measures, and they are not above crossing the line to get away with their unscrupulous deeds, even if it means hurting someone in the process.

In a recent video that went viral over Facebook, security camera footage shows how a young man tried to steal bread from a pak cik roti. When he was confronted by the pak cik, the man punched the pak cik before escaping!

The incident happened when the pak cik roti had stopped his motorbike at what appears to be an intersection. Business seems to be doing pretty well for him as there are parents bringing their children and students from nearby schools coming to buy things from him.

But watch as one man in a red shirt approaches his motorbike and begins to pluck out loaves of bread from the back openly, without even trying to hide the fact! 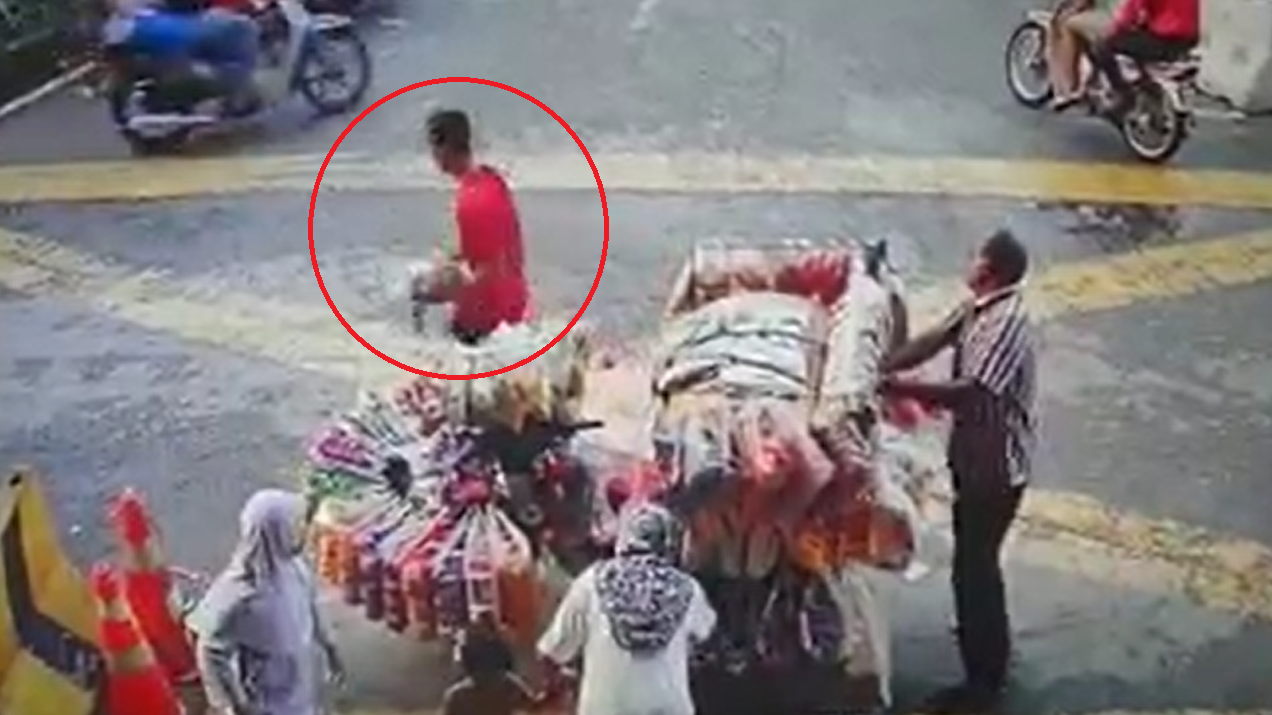 But the eagle-eyed pak cik managed to notice the theft and immediately ran over to confront the man. Reaching for the bread that the thief had stolen, he wrestled it from the young man’s hands even when he tried to hide it behind his back. 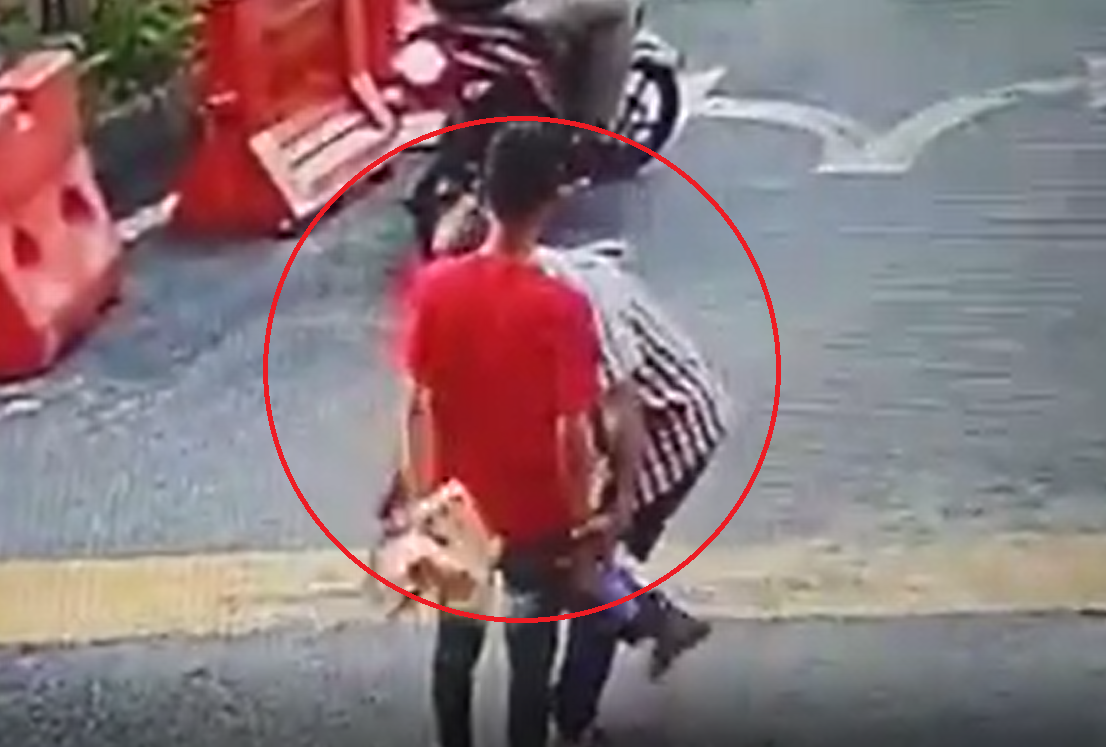 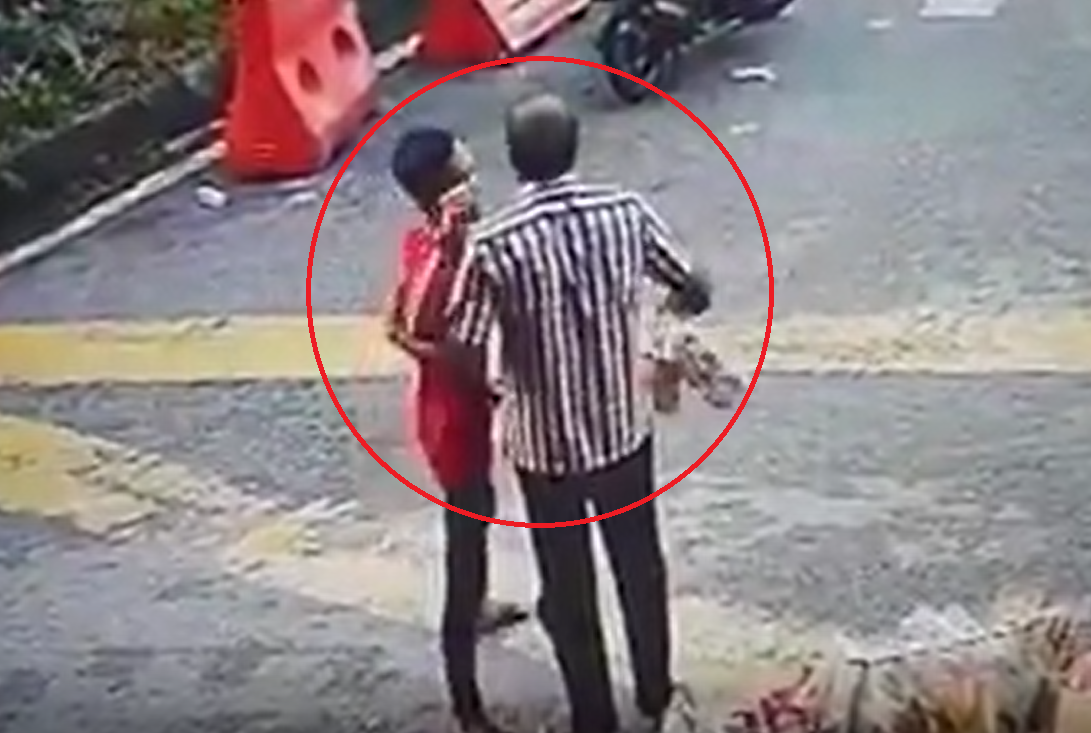 When the pak cik managed to wrestled his stolen roti back, guess what this young man did? He grabs the pak cik by his shoulder and punches him right in the chest! WTF! 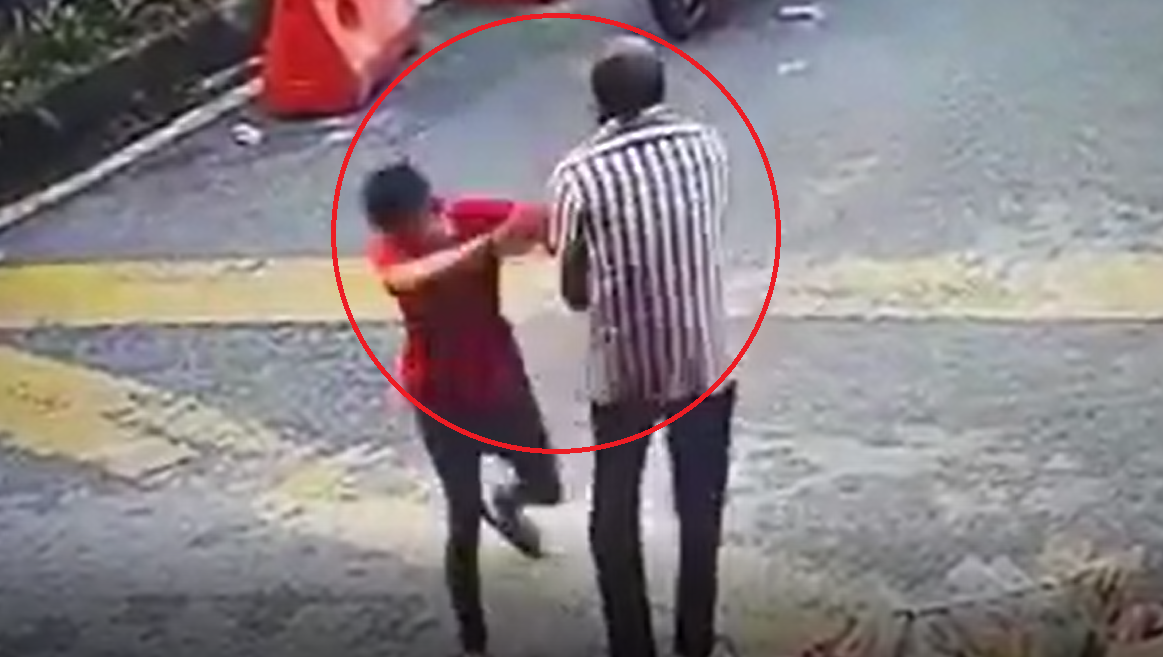 The young man then just calmly walks away to a waiting motorbike and escapes while people around the incident just watch! This is incredibly ridiculous! 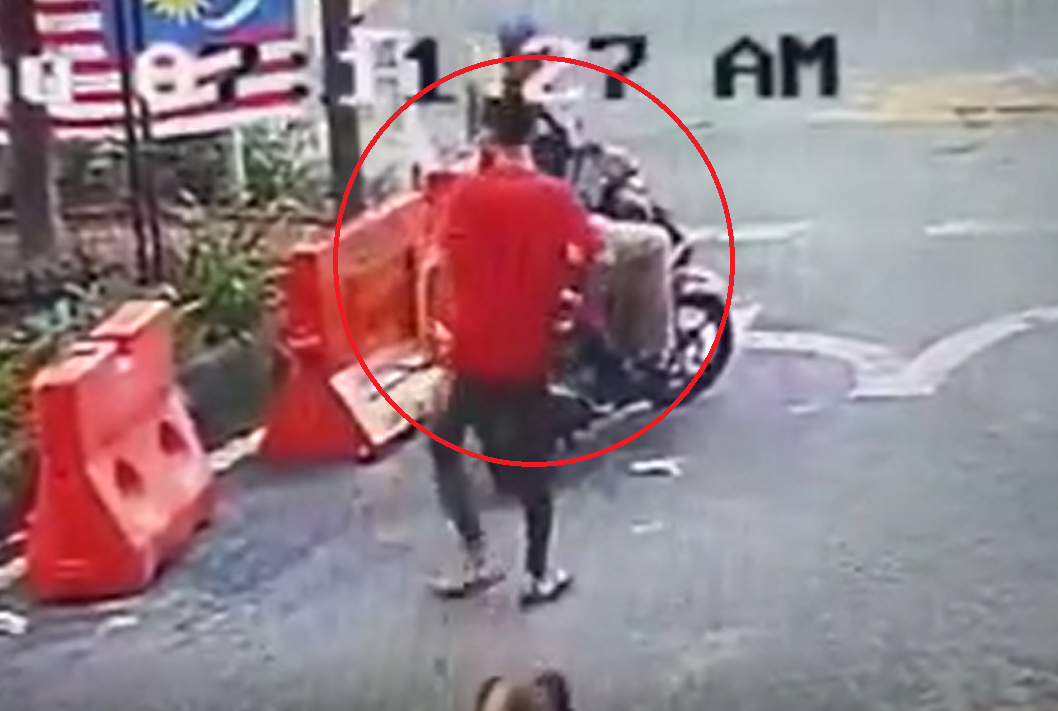 But details about where the crime took place is still unknown, and the thief is still at large. If you know any details concerning this incident, please reach out to the authorities immediately. 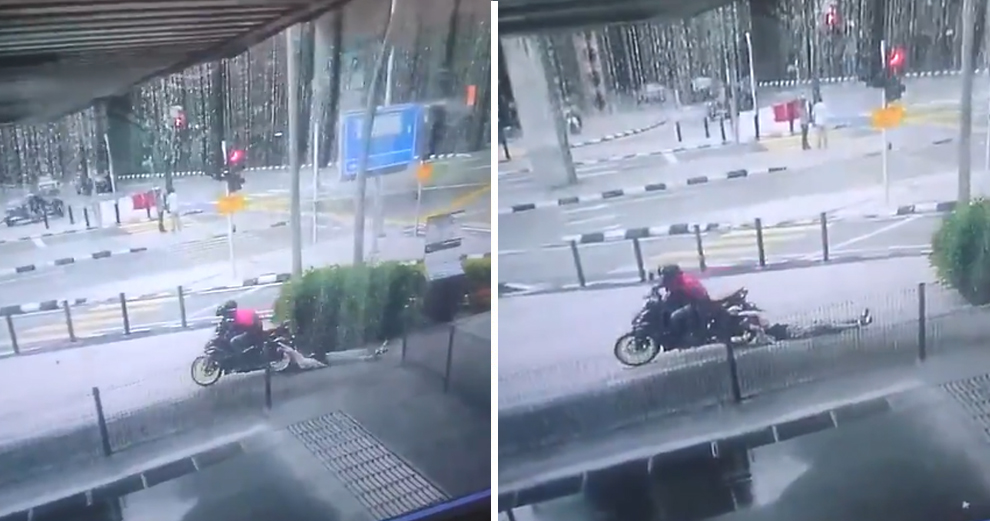