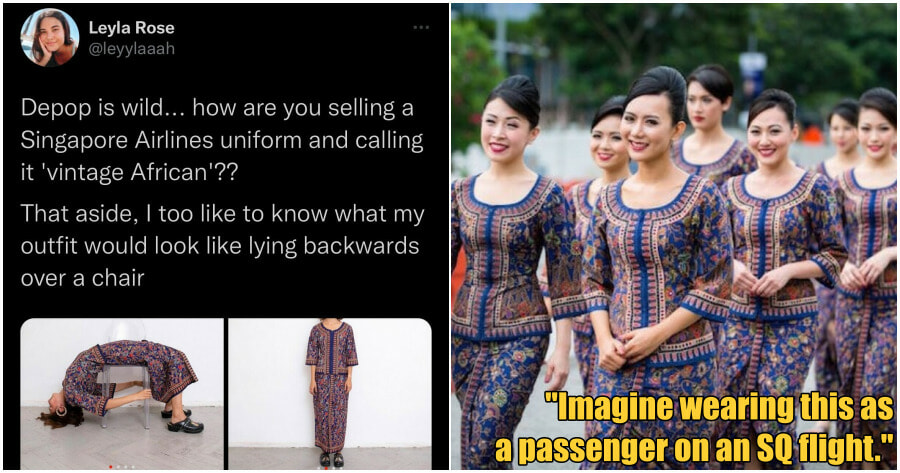 Cultural appropriation is a buzzword that some are saying is becoming too frequently used, while some say it is not just a buzzword but racism in action.

Recently, a netizen exposed a particular listing on Depop (the British equivalent of Carousell) for mislabeling and selling the Singapore Airlines uniform as a ‘Vintage African’ dress. 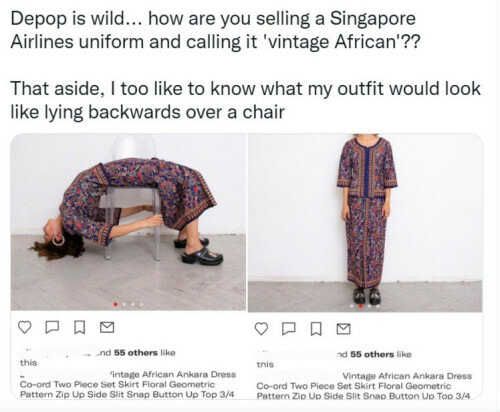 From the blue colour to the geometric pattern, the 2-piece set worn by the model in the listing looks precisely like the airline’s iconic and well-loved uniforms.

The top features a scoop neckline, buttons down the front, and three-quarter sleeves.

Netizens replying to the thread seemed to agree with what the original poster had said as they too shared photos of the kebaya-inspired uniform. 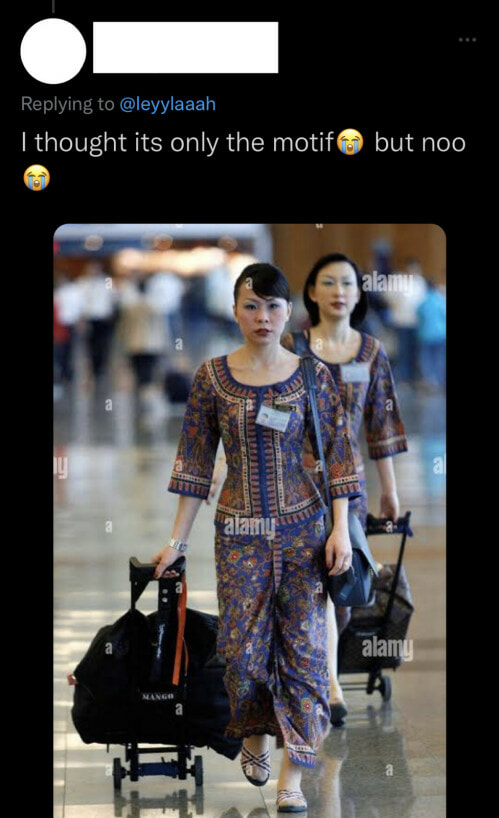 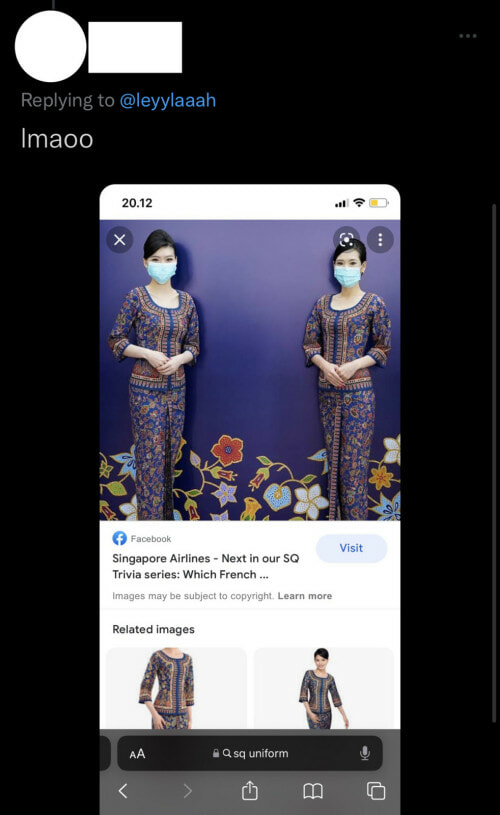 Although some were in shock and disbelief, others made fun of the situation by cracking jokes.

“Imagine (seeing) some person walk down the street wearing this as everyday wear? They would think (that they) bought a wonderful vintage piece. Nah, girl, you bought the Singapore Air dress code!”

While the similarity amused some netizens, others were unhappy about the lack of cultural sensitivity presented by the listing.

Singaporeans were offended by the lack of recognition and respect for the airlines’ uniform, Africans were bothered by the generalisation of Africa, and Southeast Asians were unsurprised at the lack of understanding the world has of Southeast Asian culture.

Additionally, netizens said this is an excellent example of White people misappropriating other cultures for profit.

This is because the mislabeling shows that there was not even an honest attempt at researching the correct terms to describe the ‘dress’.

Is it not wild how wrong some people can be about the cultures they are unfamiliar with? Some research should’ve been done instead of the blatant misappropriation shown in the listing. 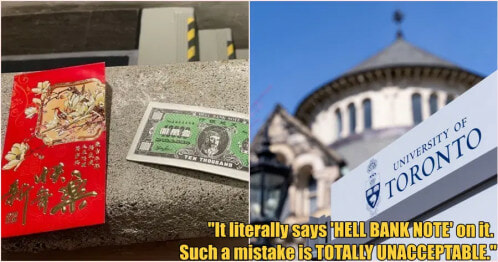