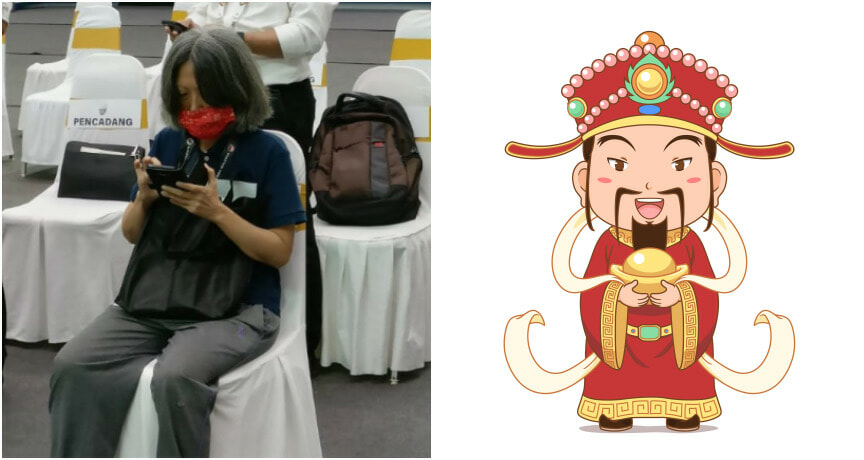 On 5 November 2022, the Nomination Day for Malaysia’s 15th General Elections (GE15), an independent candidate was successfully nominated with the name “Choy Sen Yeh”.

Choy Sen Yeh means the God of Fortune in Cantonese. According to Sin Chew Daily, although other candidates were protesting against the nomination, this independent candidate was successfully nominated. Choy Sen Yeh was not present due to Covid-19, thus the sister Liang Cui Ling (literal translation) was there to submit the form.

When interviewed by the journalists present, Liang asked them to stay away from her, since her family are Covid-19 positive. It was also reported that she remained silent and kept her mask on the entire time.