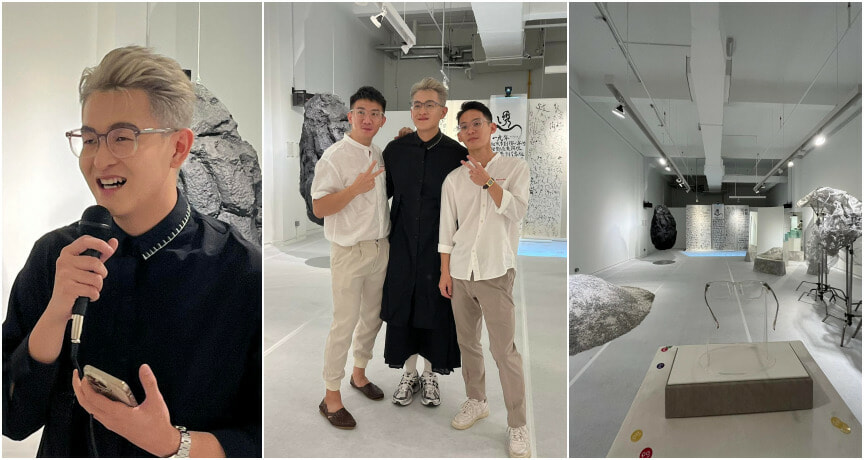 Malaysian influencer Clarence Wong and optical boutique brand Pott Glasses recently collaborated on an art exhibition “透 TOU” to raise mental health awareness. The art exhibition was held at Zhan Art Space in Jaya One, in which they showcased a series of meaningful art pieces with stories behind them. 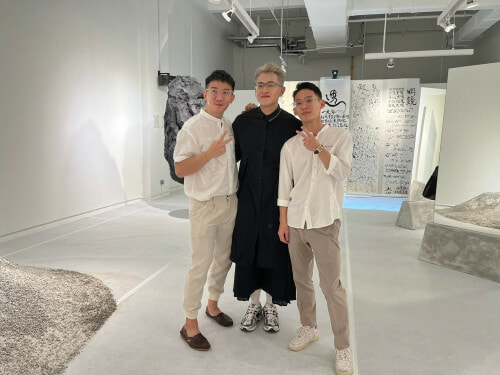 When Clarence first moved to Kuala Lumpur to kick start his career in 2019, Pott Glasses sponsored a pair of transparent-framed glasses, and that was also the first sponsorship he received. During his speech, Clarence shared that the year was when he was at his career’s peak point, in which he bought his first car, started his own company, a milk tea shop, as well as received two movie roles.

“Of course, there are ups and downs. At that time, my two-year relationship ended, I was scammed and my milk tea shop closed down. Due to the pandemic, the movies that I starred in were cancelled as well,” he said. That was when he lost a lot of things in life, and started to give up on himself. 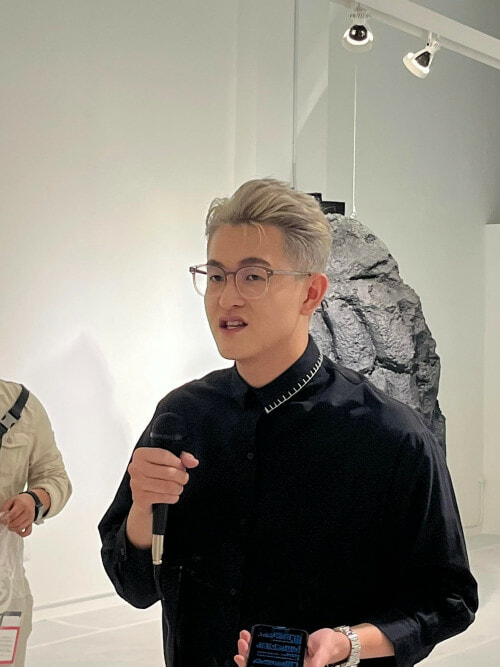 “Unfortunately, I was diagnosed with depression. Through the years, I have gone through various therapies, and from the end of 2021 until this year is when things started to get better,” he shared. He added that the purpose of his collaboration with Pott Glasses is to share his story and provide meaning behind the products.

Clarence further added that society often overlooks one’s mental and emotional well-being, thus he hopes that the exhibition can raise awareness among the public, especially those who have given him a helping hand. 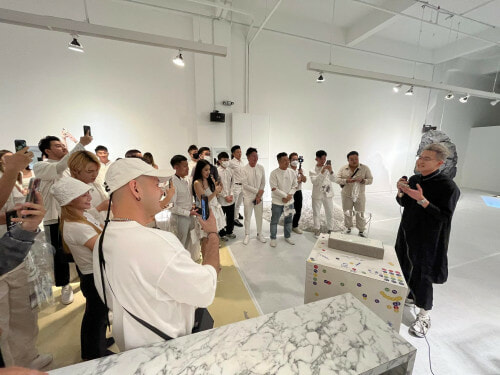 He then expressed gratitude to all the guests, most of whom are his close friends and also influencers, for supporting him all this while.

One of the co-founders of Pott Glasses, Tai Hau, said that he admires Clarence for taking this opportunity to share his story and highlight mental health issues. “I believe most of us during the 20s and 30s have hit rock bottom in life, thus I can relate to Clarence,” Hau added. 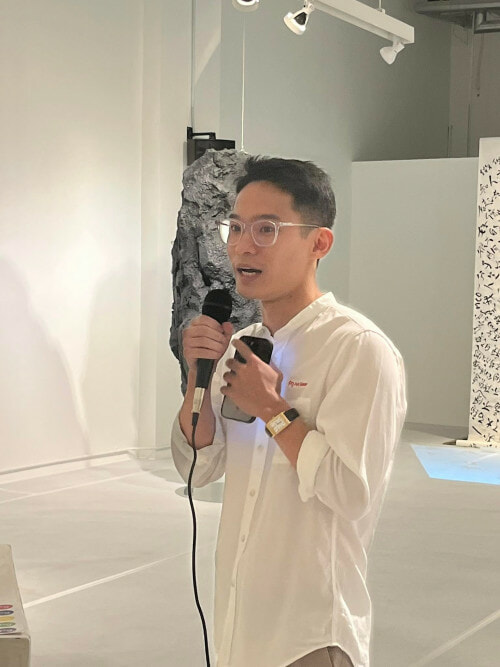 “From Pott Glasses’ point of view, a pair of glasses allow us to see clearly, and to see through things in life, like the name of the exhibition, 透 TOU (see through). No matter how terrible life is, we want to spread positivity that good things will eventually come to us,” he shared. 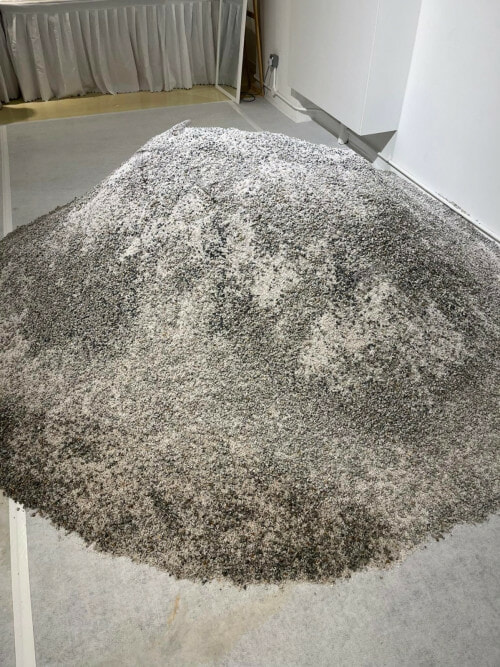 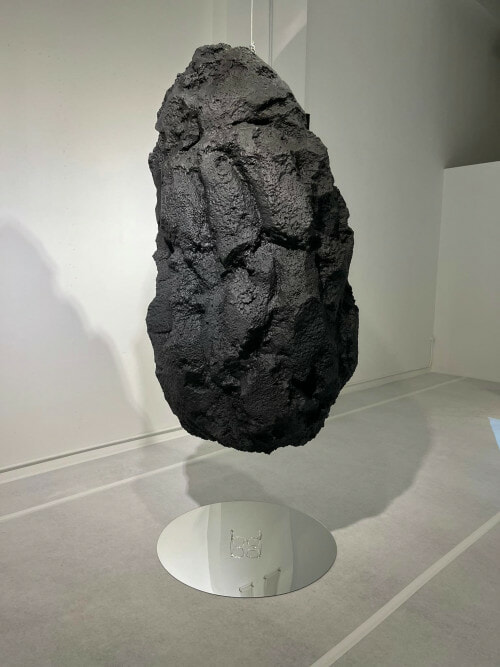 The first art piece, SAND, represents Clarence’s emotions, big or small, pilling up and dispersing through his own emotional roller coaster ride. Then, STONE, resembles him when he shut himself off the outside world, like hiding in a stone. The mirror underneath represents a loop. 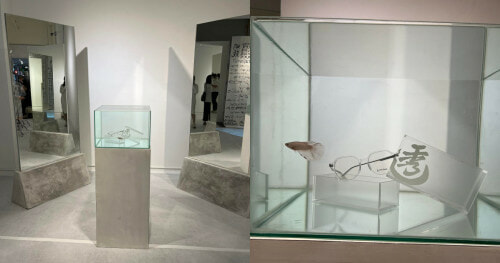 The next art pieces, MIRROR and WATER, showcases a fish in a tank, surrounded by four mirrors. “I was like a fish, I knew that the outside world is huge, but I couldn’t get out, so it’s like I was stuck swimming in a small tank. And why is it just one fish? Because I was all alone,” he said.

The water in the tank and the sound of the waves in the exhibition portrays the moment when he sat on the beach and tried to let go of a lot of things in life, ready to start fresh. 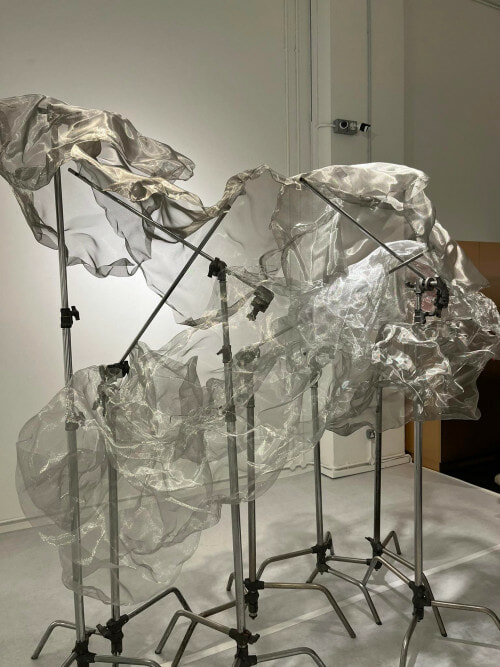 “Lastly, SMOKE, I used steel wire to portray those emotions, which were once very strong and heavy, could also vanish into the air like smoke, indicating a new beginning,” he stated. 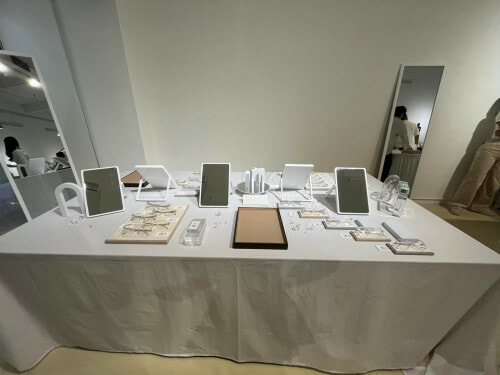 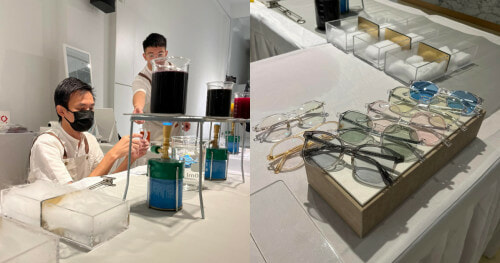 Other than the exhibition itself, there are also displays of Pott Glasses’ iconic transparent-frame glasses made of Mazzucchelli acetate, a type of non-allergic, durable material. There is also a booth where the craftsman showcase how personalised coloured lens is being tinted. 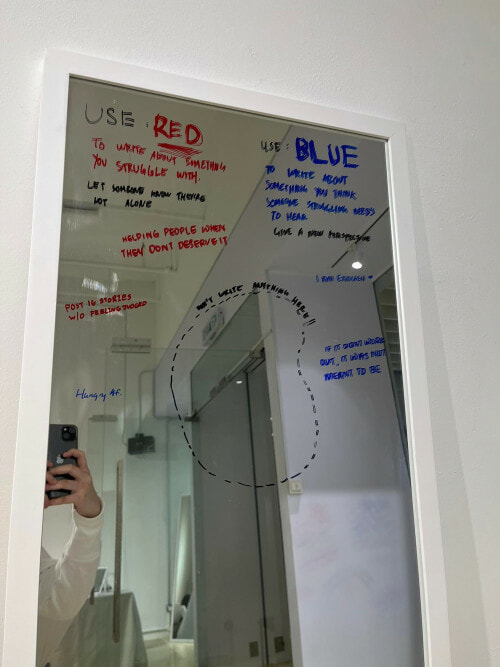 The last booth of the event features two mirrors, in which guests are welcome to write down something they struggle with, and something they think someone who is struggling needs to hear.

We appreciate Clarence Wong and Pott Glasses for such an impressive art exhibition with a significant story behind it.

Also Read: Meet Ong Kim Hwa, The 88yo Uncle From Seremban Who Ran a 10KM Race in 85 Minutes 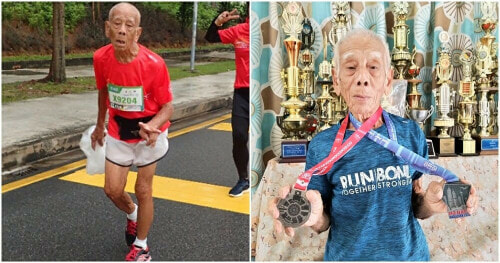