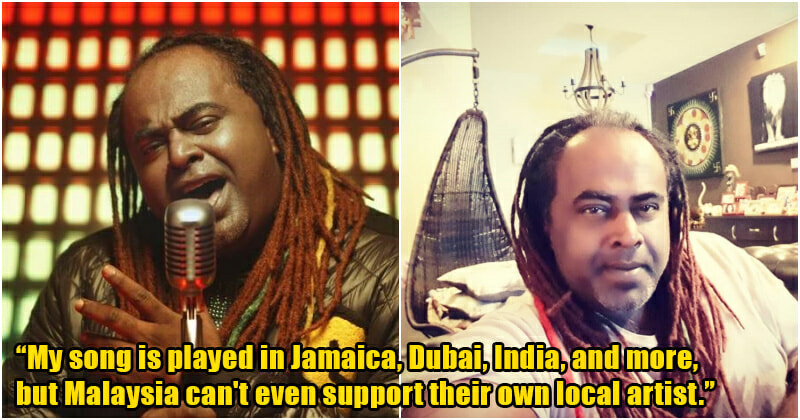 Update: Sasi The Don resolved the issue with one of the leading radio stations and is happy that there are plans on 1 August 2020 onwards to raise more awareness for local artists. He said he’ll still hold onto the ban for Daddy Don as a reminder of the incident but is excited for what’s coming up next!

We’ve all heard of Sasi The Don, the talented artist who’s responsible for the song ‘Hold Up’ which has been streamed over 300,000 times on YouTube!

However, this talented Malaysian expressed how he’s been let down over the years being in the media industry.

Malaysia is not supporting their own local artists

For over 20 years as an artist, Sasi The Don expressed how he faced a lot of difficulties. And after a recent incident, he felt it was time to raise awareness for all Malaysians.

“When my song Daddy Don was released, it was played in over 8 countries. BUT it’s so hard for a Malaysian artist to even have a spot in our very own local radio stations.

“My song is welcomed in Jamaica, Dubai, India, Singapore and more, but Malaysia can’t even support their very own local artist,” he told WORLD OF BUZZ.

Sasi mentions that his song is currently played only once a week on selected stations.

“Such a system is killing local artists. Many local artists are giving up because their songs aren’t even supported in their very own country. I’m very disappointed at the state it is now.”

“How are we going to grow our local talents if we ourselves as Malaysians don’t want to support it?!” an exasperated Sasi shared.

He has been featured internationally

He has received numerous praises and features overseas, such as an exclusive feature on The Times of India. Besides that, Sasi the Don recorded 6 albums and worked with numerous celebrities around the world!

He even had Bob Marley’s son, Rohan Marley support his new song release.

His music video was even featured on Jamaican National TV.

“Even then I can’t secure an interview spot in Malaysia,” he adds.

So where do we go from here? While it’s easy to point blame on an industry, consumers also have to take responsibility. The local media industry is driven by what Malaysians want to consume. So it’s our responsibility to show that we do support local artists.

Here are some things you can do:

As Malaysians, continue to support your local scene because if you don’t, who else will?

If you’re a local artist and would like to be featured, drop us a message via FB or email us at [email protected] !