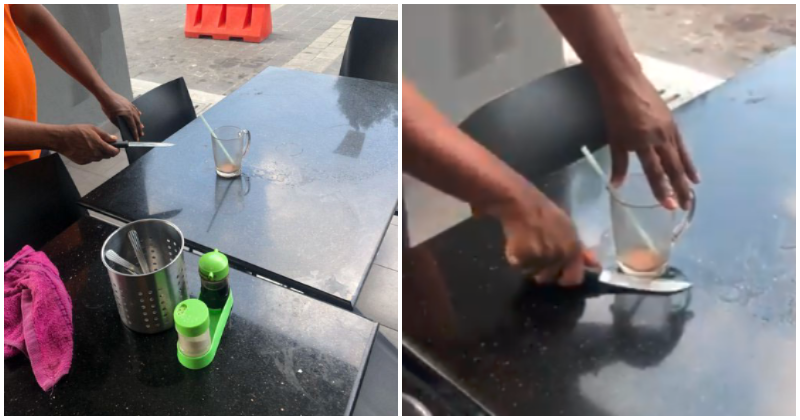 Malaysia has officially lowered the voting age down to 18-years-old, but many netizens were unhappy with the decision as they believe that 18-year-olds are still too immature to make such choices.

We might have a bit of proof as to why that sentiment is pretty legit, but we’ll let you decide.

Alec (@tehpeng_) took to his Twitter account to showcase what looks like a usual day at a mamak, where one of the workers is trying to clear a table of a used glass. Unfortunately for the worker, the glass was stuck to the table with heavy-duty glue after a bunch of high schoolers had occupied the table while catcalling girls who walked by.

Alec wrote, “So there were these kids, somewhat below 17 years old. A bunch of them were hanging out, and then they glued a glass to the table. What is their problem? The mamak didn’t do anything wrong. Location: Mamak Thaqwa.”

The mamak worker could be seen trying to cut through the glue with a knife in order to free the glass but his efforts seem completely useless as the glue was too strong and had hardened.

According to Alec, the kids were also catcalling girls who were walking past by making squeaky rat noises at them.

“I haven’t even mentioned the fact that they were catcalling all the girls who walked past by making rat noises. I’m so ticked off. At such a young age,” Alec added.

He also emphasized the fact that society should no longer normalise vandalism as ‘boy being boys’ as not all kids behave in such an uncivilised way. Education regarding the importance of respecting others should be provided at a young age in order to shape their mindsets for the future. It all starts at home, parents!

Alec’s posting has since garnered over 21,800 retweets.

When high schoolers behave this way, how are we supposed to trust them to make the right choice when they’re 18 and have the right to vote?

Also read: 16yo Girl Who Lost Eye to One of The Rarest Diseases Ever Was Bullied, Wanted to Suicide 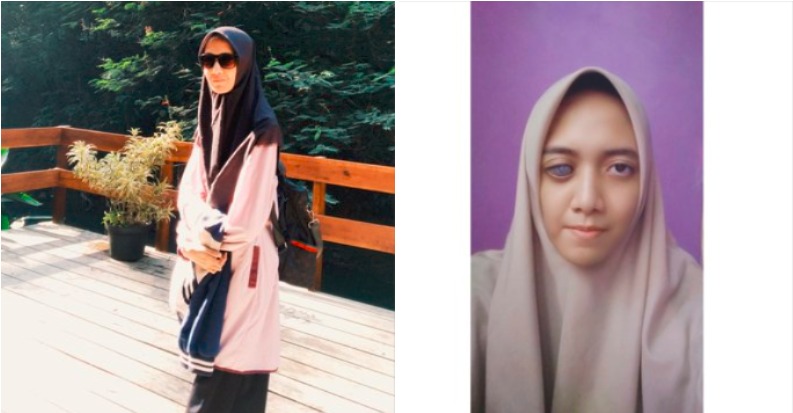