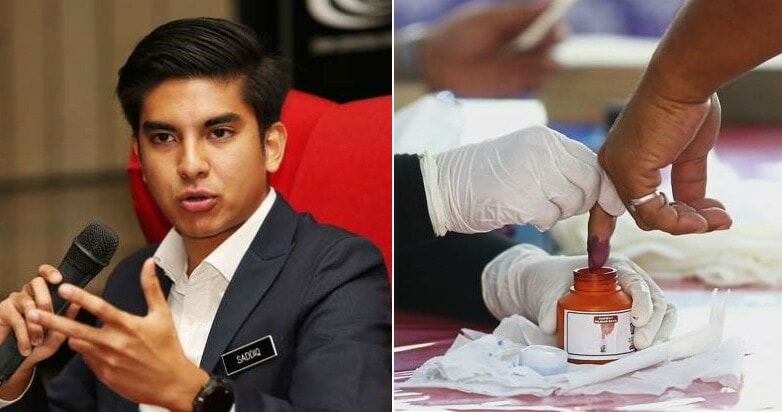 Calling for all Malaysian youths, we’ve got some great news for you!

After 211 parliament members voted to lower the voting age, our government has reached a milestone by achieving the First Constitutional Amendment since 2009.

In a tweet by journalist Sumisha Naidu, we learnt that the bill will also enable automatic voter registration and allow a second reading for lowering the election candidates’ age to 18 years old. You can read her entire Twitter thread on the issue below:

#UNDI18 ✅: Malaysia approves Bill to lower the voting age to 18, allow automatic registration & enable 18-year-olds to run for polls. The Bill passed with 211 votes – a show of bipartisan support Minister @SyedSaddiq says is a validation of youth power. https://t.co/tyhTyQROJe

According to ChannelNews Asia, unregistered voters who are 21 years old and above will be also automatically registered in the new system. Well, isn’t this great!

Following the passing of the bill, many congratulated Syed Saddiq and the parliament for working together towards bringing a positive change in this country.

Some even said that this is the first step towards bipartisanship, where both the government and opposition work hand in hand to better the country. 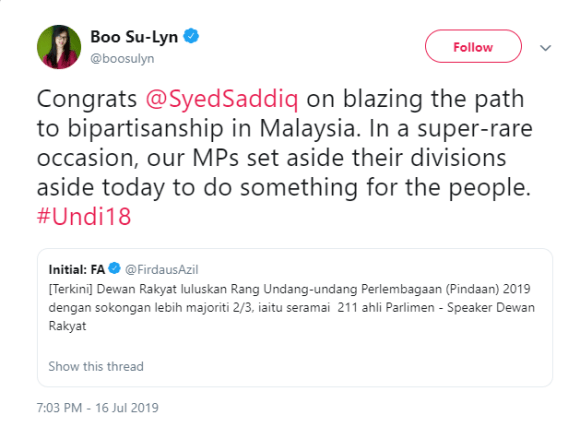 All in all, we congratulate Syed Saddiq and the parliament members for a job well done. That said, don’t forget to share your opinions on the recently lowered voting age in the comments below.

Also read: Malaysia Government Deciding Whether to Lower Voting Age From 21 to 18-years-old 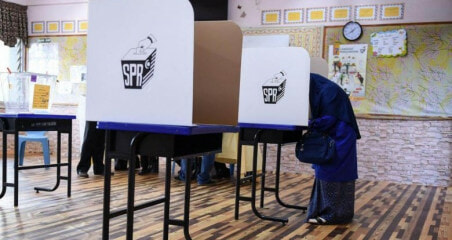