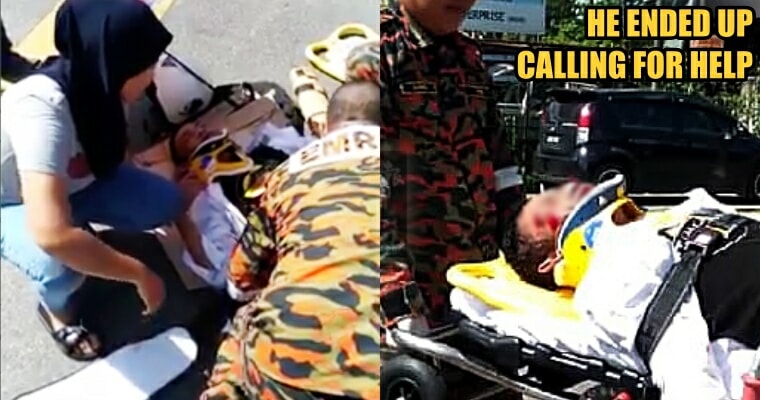 Have you ever seen an injured person who had so much energy left to cuss non-stop at paramedics?

This young lad had a motor-vehicle accident on 15 June in Kuching, and he suffered serious injuries that required medical attention. It turns out that he was a passenger on the bike while his friend was riding, and the motorbike collided with a truck, leaving both him and his friend injured. When the paramedics arrived at the scene to check on him, he started scolding the paramedics “stupid” because it hurt whenever the medical team tried to help him. 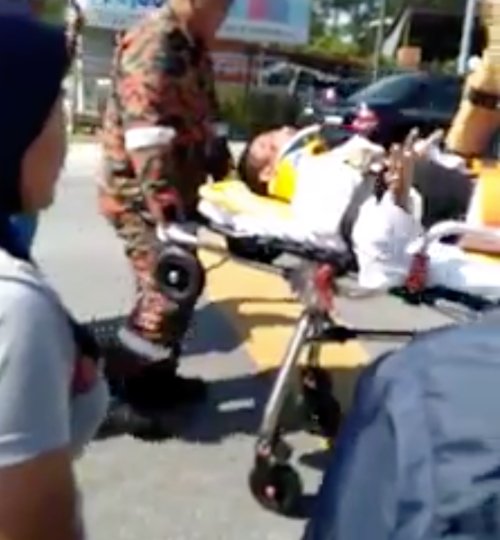 It didn’t just end there. On his way to the hospital, because the road was a little uneven, every bump was torture, and he continued his abuse while expressing his pain. He asked the paramedics if they even knew about his excruciating pain. Of course, they’d know lah. They’re just doing their job.

When the medical team measured his blood pressure and checked on his suspected fracture, he cussed them out to the point where the paramedics refused to lay their hands on him.

Thus, the 26-year-old wounded man insisted on getting up from his stretcher, and the paramedics and bomba gave up and let him be.

Unfortunately, he fell onto the ground, making a fool of himself. He ended up calling the medical team for help because he couldn’t move a muscle.

According to See Hua Daily, a security guard who witnessed the verbal abuse came over to give the young man an earful, and he also asked him to shut up and receive treatment quietly. Thank you abang!

Probably feeling embarrassed after being told off, the man stopped his abuse and cooperated with the procedures.

We understand that the pain must have been unbearable, but it’s still inexcusable to abuse the professionals who are just doing their job to help! And big thanks to the Bomba and paramedics team for being extremely professional!

Also read: Customer Calls Contact Lens Seller ‘setan’ and ‘stupid’ but Threatens HER for Being Rude 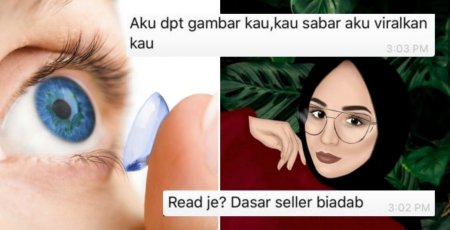