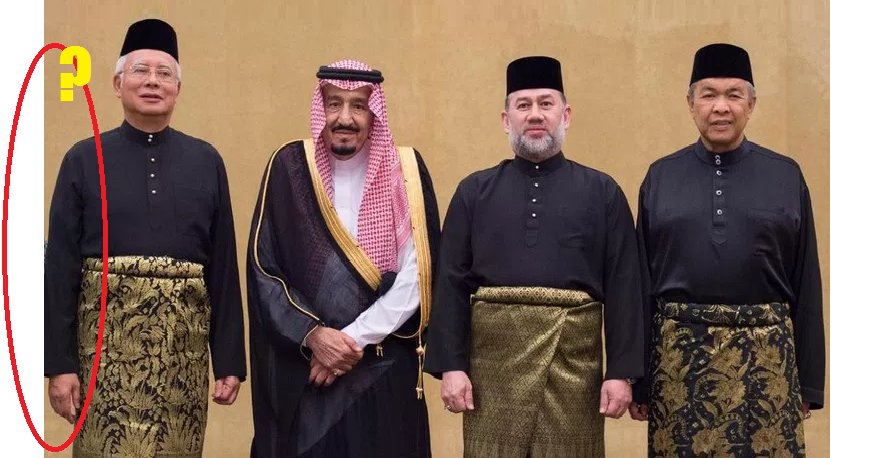 Like any good hosting country would, Malaysia prepared a grand welcome for the foreign king. 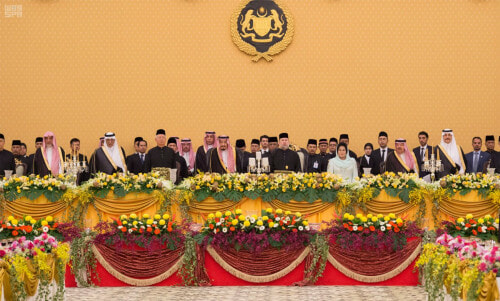 On February 27, 2017, a grand dinner banquet was held where many of the political leaders in Malaysia came together to feast with the royal guest and his politicians.

A bunch of media were there to record and report on the joyous event.

However, a Facebook page noticed that our beloved first lady, Datin Paduka Seri Rosmah Mansor was cropped out of a picture by Saudi media.

If you take a closer look at this photo, you will notice that there is a silver cloth next to Dato Seri Najib Tun Razak, our awesome prime minister. 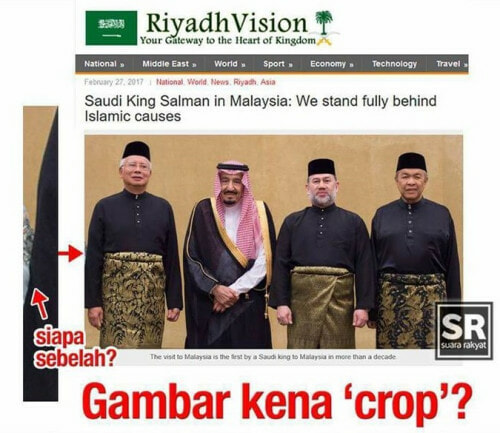 source: say no to najib

The cropped picture was found on Riyadh Vision, an independent major online news portal in Saudi Arabia. Another photo of the same pose by Bernama revealed that it was actually Rosmah standing next to Najib! 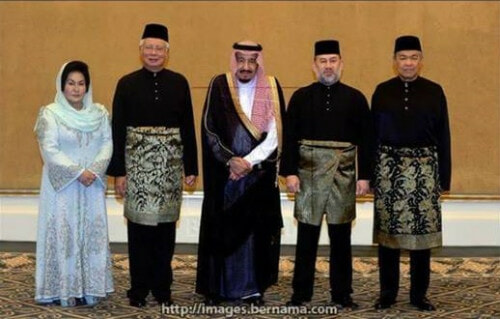 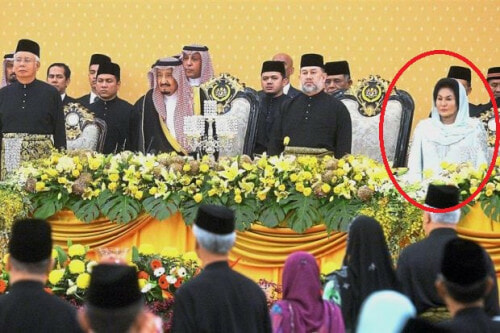 Many netizens started poking fun at Rosmah about being cropped out. Some joked that she probably couldn’t fit in the picture!

How could you say such things about our very own first lady? Shame on you!

Others said she probably lack importance in the political scene and even claimed she will kill the journalists who cropped her out. 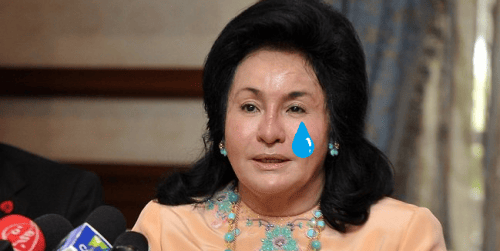 Many other netizens mentioned that it may be a simple difference in culture.

Due to the fact that Saudi Arabians are very strict about how women dress, Rosmah’s hair showing would mean that she looks inappropriate in their culture.

“Can see her hair lah. In Saudi (women) have to cover everything one mah…”

Others speculated that it’s just Arabic culture to not include women in general.

However, the ‘real’ reason of why she was cropped out the picture remains a mystery, just like the RM2.6b donor. 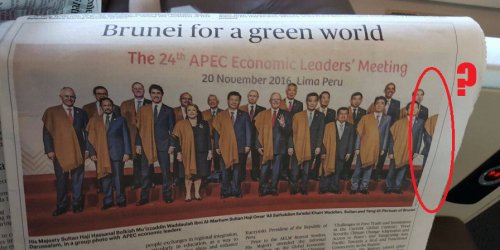