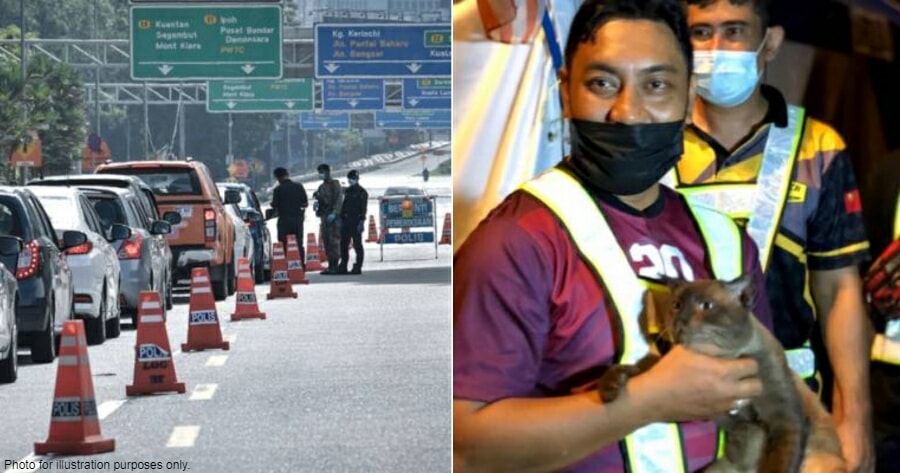 The closure of the North Toll Plaza roadblock (SJR) in Alor Setar at 12am on Monday (10 October) felt bittersweet for 15 police officers and members of the Malaysian Volunteer Department (RELA), as they had to part with a cat who had kept them company for over a year and five months.

Based on a report by Astro Awani, 37-year-old Sergeant Budian Saf Taib, who works at the Kota Setar District Police Headquarters, shared that the moment of parting with the male cat named ‘Kilat’ was very saddening because it had been with him since he started working at the SJR.

The cat served as a companion and entertainer to them every day.

He added that its cuddly, affectionate and obedient nature was well loved by all the other officers and that of all the cats that were there, Kilat was the one who stole everyone’s hearts. 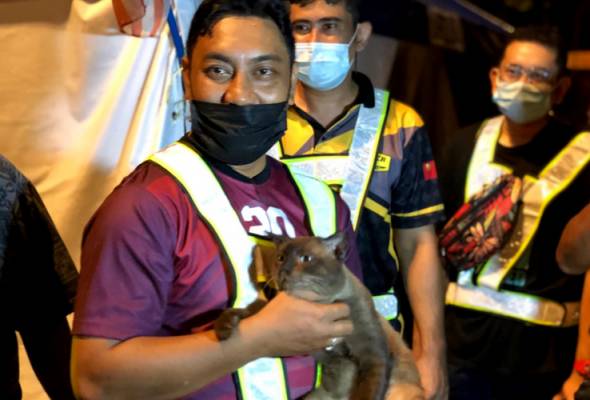 “The cat has been there since the restrictions were first implemented, we don’t know where it came from,”

“We have Kilat food and it continued to be our companion there,” he said.

Yet, sadly, they had to leave Kilat behind as they closed the roadblock but not before finding him a forever home.

38-year-old Mohd Hadi Hashim, who works for the Electrical Division of the Kedah Public Works Department (JKR), said that he did not think the brown, furry cat would become his after the police passed Kilat over to him.

“I came here to help them pack up and immediately offered to be the new owner of the cat. I immediately agreed,” he said.

It’s truly good to know that the little stray cat that has been a loyal companion to our officers and volunteers while they keep us safe during the pandemic has found a forever home.

And, they can also now visit Kilat whenever they miss him! 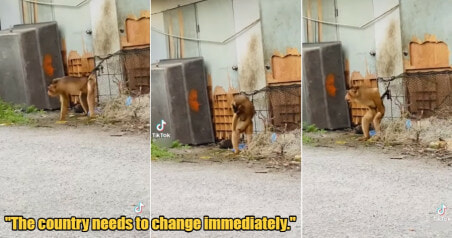