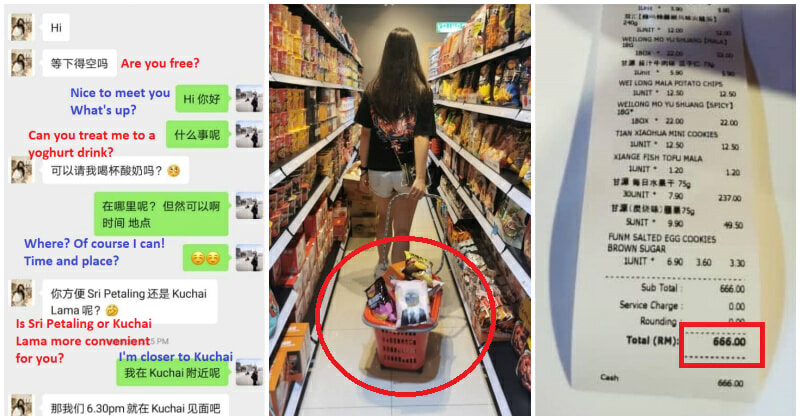 After the RM460 burger, here’s another drama dubbed “RM666 snacks”.

In a recent viral post, screenshots from an anonymous male was shared. In the screenshots, the post writes,

“She said it’s only a few snacks. It was our first time meeting and I was too shy to reject her.

The images that accompany the post shows chat receipts between the girl and the boy.

The chat shows that right after their meet up, the man was blocked immediately as he could not send the girl a message.

Further accompanying images even show that her request of buying “a few” snacks wasn’t so few after all! In fact, the shopping trolley was amusingly filled to the brim. 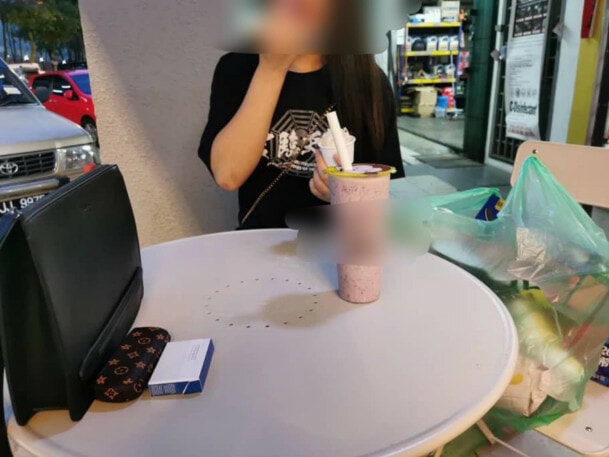 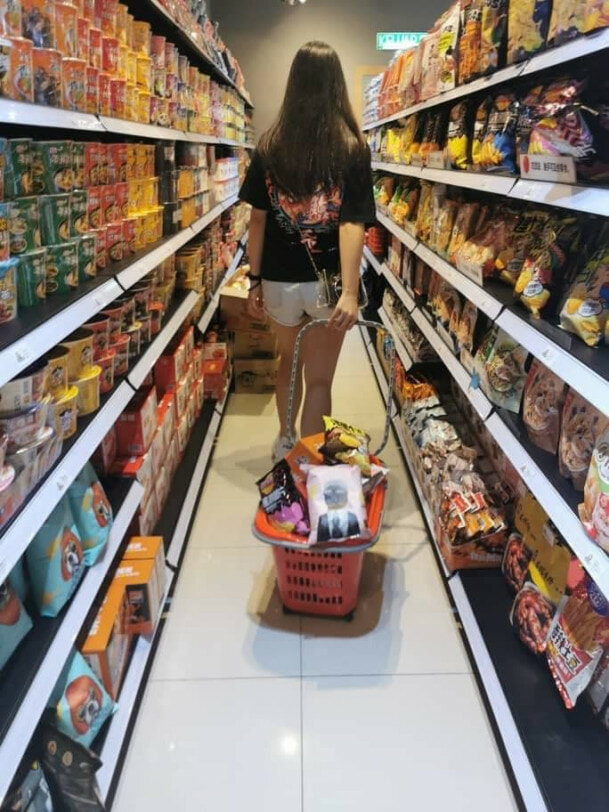 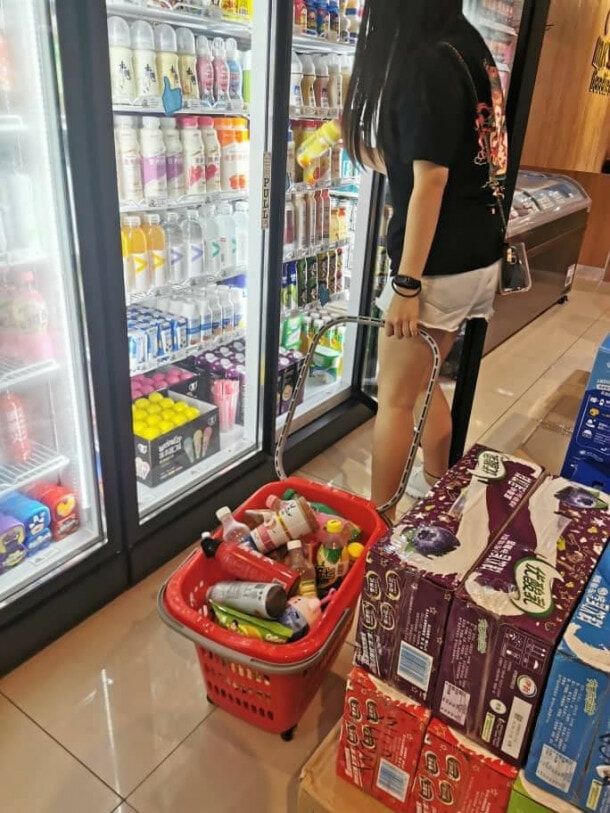 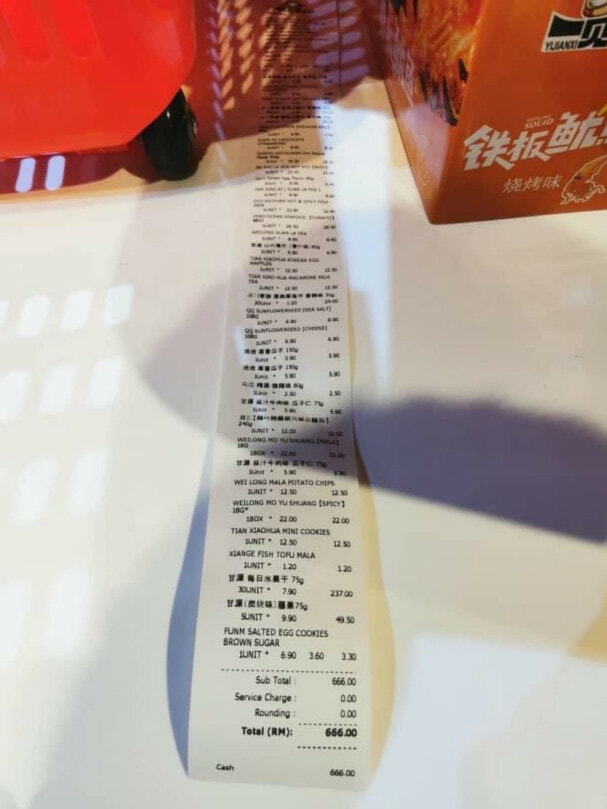 And these “few” snacks came up to a whopping RM666!

Netizens who saw the post advised men out there to be more vigilant, and not fall for tricks like these. Many also extended their sympathies to the poor guy.

“Walao, if you see her taking so many things then better run away fast!” one wrote.

“Boys, seriously, don’t let girls take advantage of your kindness. Please protect yourself and your wallet,” another commented.

A gimmick for advertisement?

Some who saw the post called it out to be an advertisement for the shop. While it is unclear if it’s actually an ad, let’s just take it with a pinch of salt and treat it as an amusing post to brighten our day!

What’s your thoughts on this? Share it with us in the comments section! 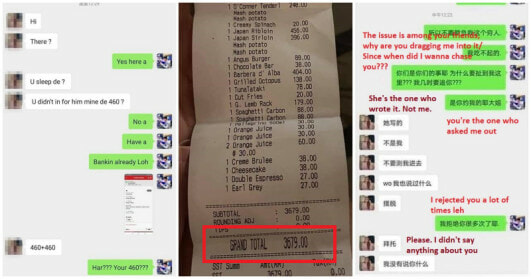