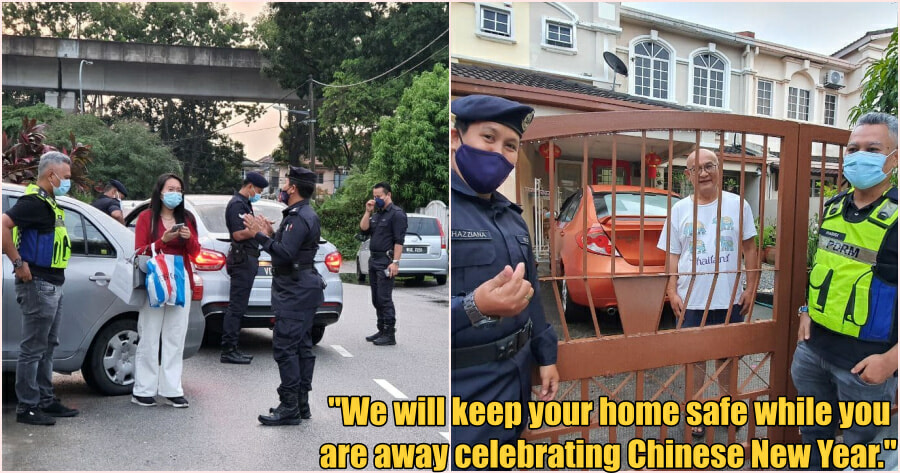 As Malaysia celebrates Chinese New Year, many of us are focused on spending time with our families and just taking a break from life.

But what most of us probably overlook when going away to celebrate is that our houses are left empty which could attract criminals to break in.

However, some of the police force have made it their focus to ensure that our houses remain safe even during the festive period. 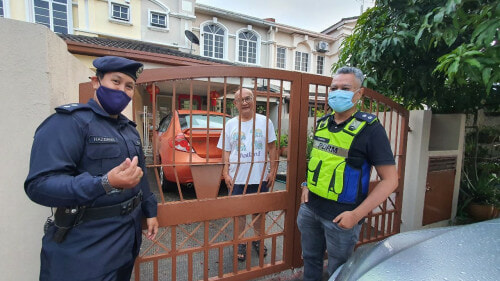 As shared by the SJ Echo Facebook group, Subang Jaya residents who stayed back during the Chinese New Year were pleasantly caught by surprise when police officers on duty stopped by their homes.

“Mr Woon, a USJ14 resident who was in his house compound, was initially surprised when two police officers stopped their vehicle and approached him.”

“After they wished him Gong Xi Fa Cai, they explained to him the purpose of their drop in and briefed him on the efforts being taken to prevent crime during the festive season,” they wrote.

Meanwhile, another resident who was walking home froze when a police vehicle stopped beside her to greet her. Her brother who was at home just a few houses away rushed over asking what was wrong.

“When officers explained to them their purpose, both siblings smiled sheepishly and thanked the officers for their festive patrols,” they stated. 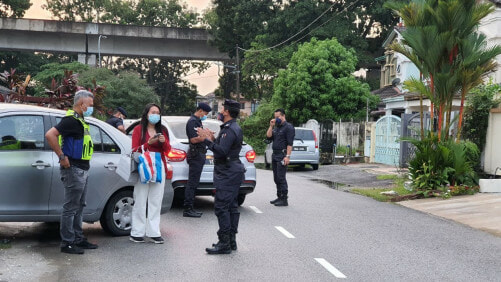 According to Subang Jaya OCPD ACP Abd Khalid Othman, house owners can drop by at any police station to fill up a physical form or register via the Volunteer Smartphone Patrol (VSP) to help to patrol the areas.

He also urged residents to register their absence for the coming Chinese New Year.

“Register with us. We will have police personnel checking in on your homes while you are away. Officers on duty will be making regular patrols during the festive season and they will drop by your house to check that everything is safe and sound while you are away,” he said.

“Op Selamat/Op Cegah Jenayah” will focus on crime prevention during the festive seasons whilst emphasis will be given on houses which are vacant while their owners are away. 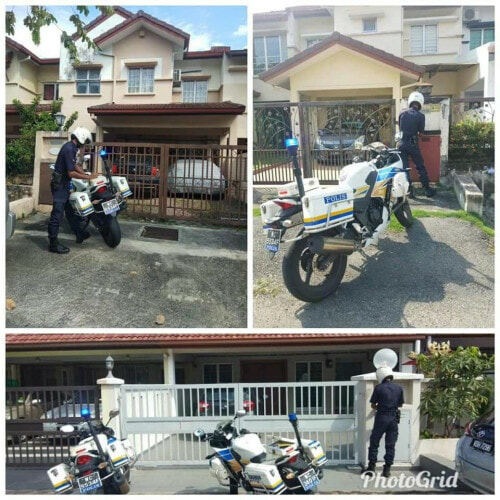 Kudos to the police force for keeping us and our belongings safe even during the festive periods!

Also read: “When you celebrate CNY in hostel” – Group of Malay Boys Performs Their Own Version of “Lion Dance” 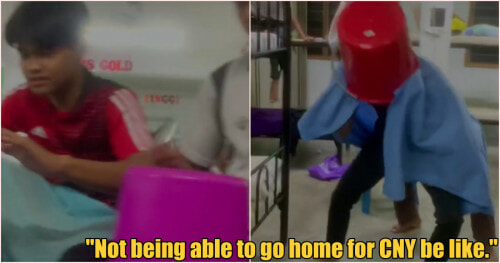