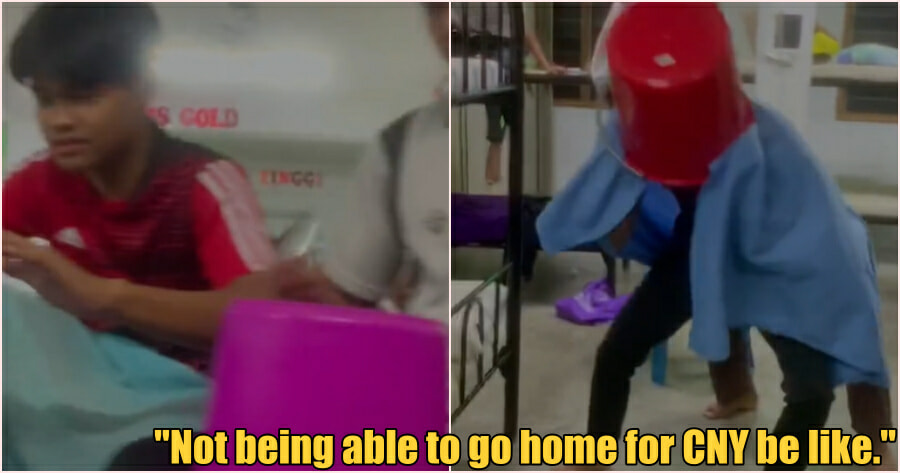 Malaysia is a melting pot of races and religions and one of the advantages of that is that we all get to embrace and celebrate each other’s traditions, culture and festivities.

Recently, in conjunction with CNY, a restaurant run by Malays in Pahang had put up special decorations by hanging red lanterns around their shop.

In a similar fashion, a video of a group of Malay boys performing their very own version of the lion dance recently went viral as it managed to amuse Malaysians! 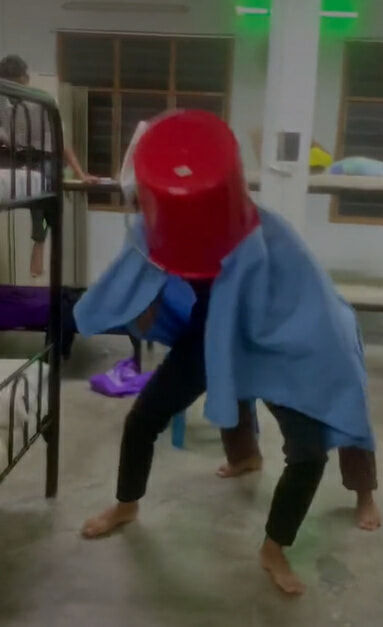 The video which was posted by Kemal, showed the “lion” which was made and performed by two boys with a big blue towel and a red bucket as the head.

To imitate the accompanying music often paired with the lion dance, several boys can be seen drumming on buckets with water bottles and cutlery!

The video was a hit!

The video has amassed plenty of attention and in less than a day since its posting, has garnered over 1.3 million views and 225,700 likes.

Netizens loved the creative take on the traditional lion dance. 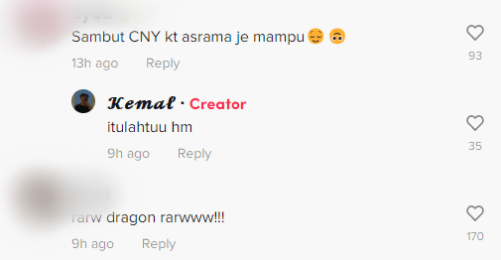 “You guys are pretty good at imitating the music,” commented a user.

Another user jokingly commented on how instead of celebrating at a person’s house, they have brought the festivities to the hostel.

How creative is this idea? Let us know in the comments. 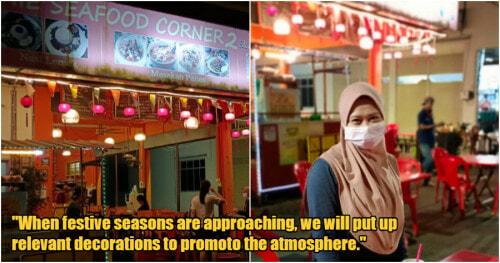