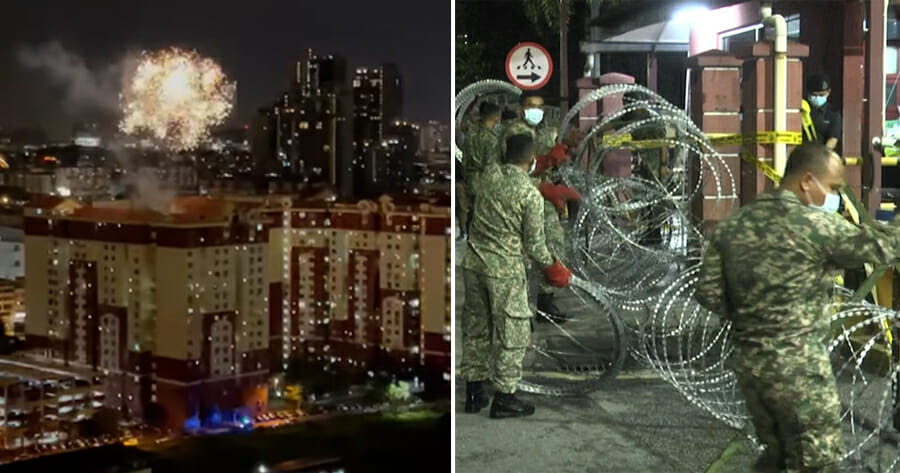 Residents at Mentari Court, Petaling Jaya were heard celebrating their ‘freedom’ after being under the Enhanced Movement Control Order (EMCO) for 12 days. At 12am on 13 July, the EMCO was lifted and fireworks were blasted off while several residents shone lights from their windows.

According to Petaling District Officer Datuk Johary Anuar, an application to the National Security Council (MKN) was submitted to end the EMCO in the area earlier as all health screening and vaccination processes on residents were completed, reported Astro Awani.

“Most of the residents in the Mentari Court area have been screened and those found positive have been isolated,” he said.

“Even though they have been vaccinated, we hope the people here practice the SOPs set by the government so that we can curb the spread of Covid-19.”

Petaling Jaya District Police Chief Assistant Commissioner Mohamad Fakhrudin Abdul Hamid, who was also present at the location, explained that a total of 9,504 residents underwent health screening during the 12 days of EMCO.

However, residents under 18 years old who had allergies to medicine and suffering from other illnesses were not vaccinated. 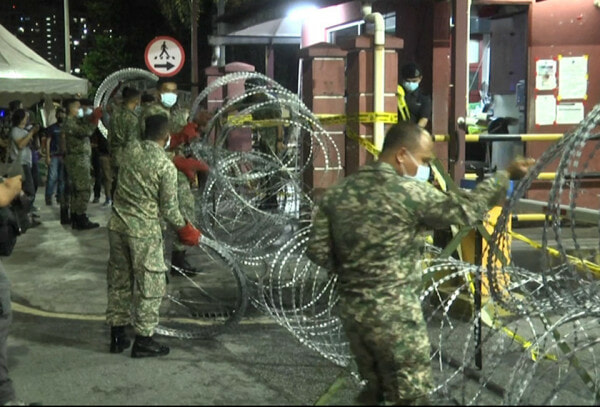 Meanwhile, Petaling District Medical Officer, Dr R Sudeash said that only level 3 and 4 Covid-19 patients were transferred to the hospital while level 1 and 2 patients were isolated and monitored at the apartment.

The Covid-19 Assessment Center (CAC) was also established to identify residents who needed further treatment at the hospital or only needed to undergo quarantine at home during the period. As a result of the assessments, only 68 individuals were sent to the hospital for further treatment. 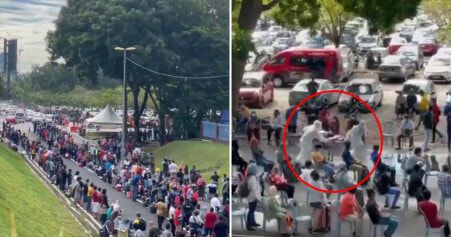