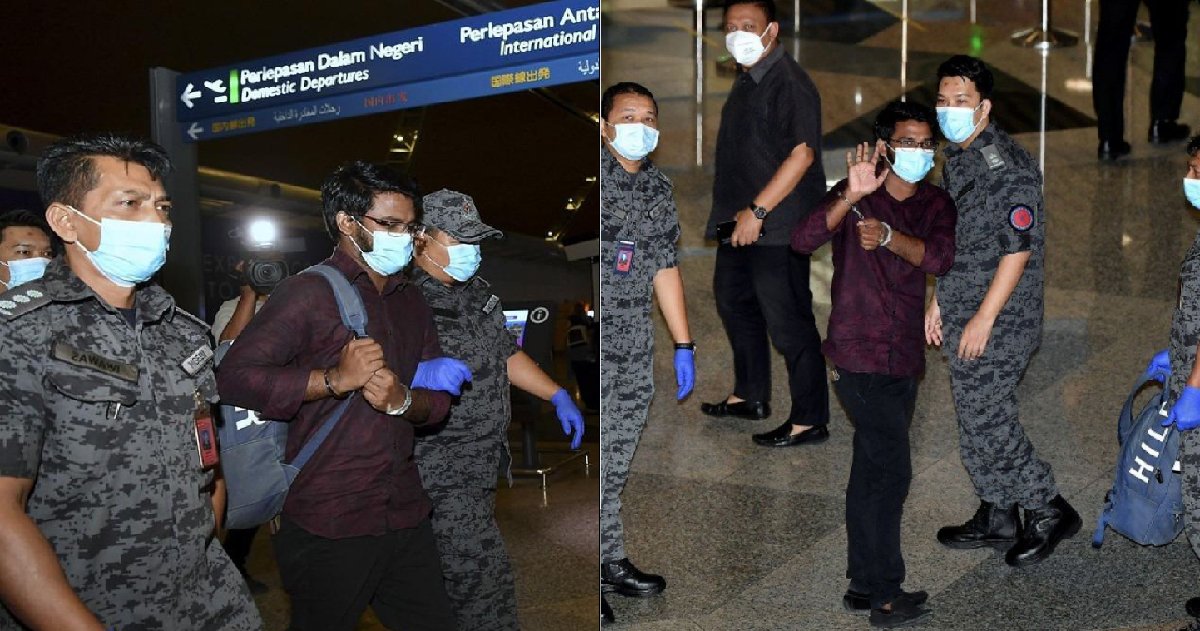 As the old Malay saying goes, ‘kerana mulut, badan binasa’… but this time, only his chances of ever setting foot on Malaysian soil is destroyed forever..

Md Rayhan Kabir, the controversial Bangladeshi featured in the equally controversial Al Jazeera documentary ‘Locked Up in Malaysia’s Lockdown’ waved a final goodbye to Malaysians in KLIA last night as he was escorted to board a flight to Dhaka, Bangladesh. 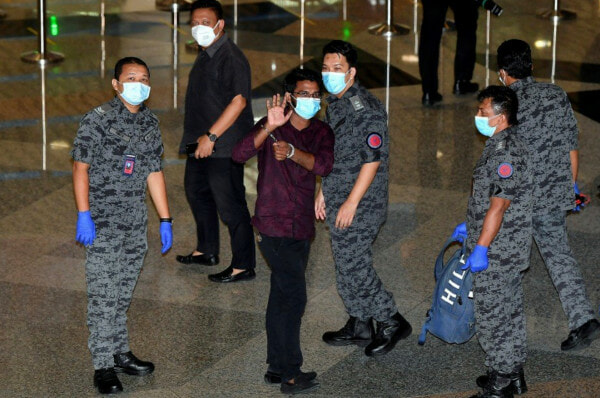 As a consequence of putting Malaysia in a bad light and ‘giving false information’ in the mentioned documentary, the Immigration Department of Malaysia has revoked his permit and banned him from ever coming back to our shores again.

As reported by Harian Metro, Md Rayhan was seen arriving in KLIA at 9pm last night escorted by eight Immigration officers with his hands cuffed. He has officially left Malaysia on board of flight MH 0196 operated by Malaysia Airlines at 11pm. 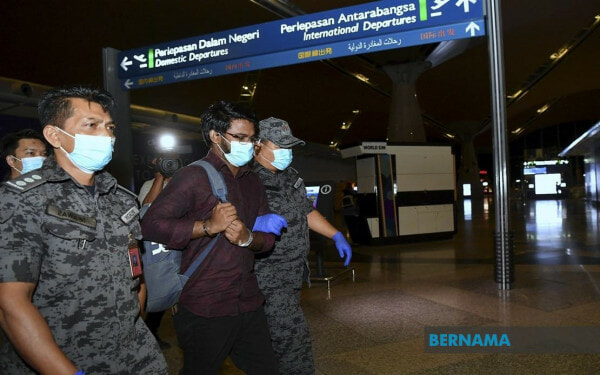 After the Al Jazeera documentary was released, there was a manhunt searching for Rayhan by Malaysian authorities after he failed to turn himself. He was subsequently detained on 24 July after authorities found him hiding in a condominium in Jalan Pahang, Kuala Lumpur.

What do you guys think of this development? Is banning him from ever entering Malaysia a just action in part of the authorities or is it too extreme of a punishment? Share your thoughts with us in the comments! 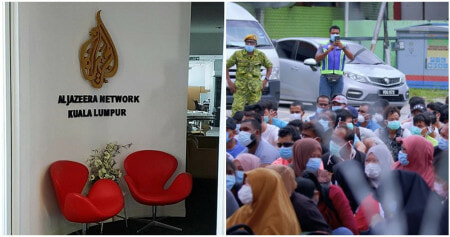