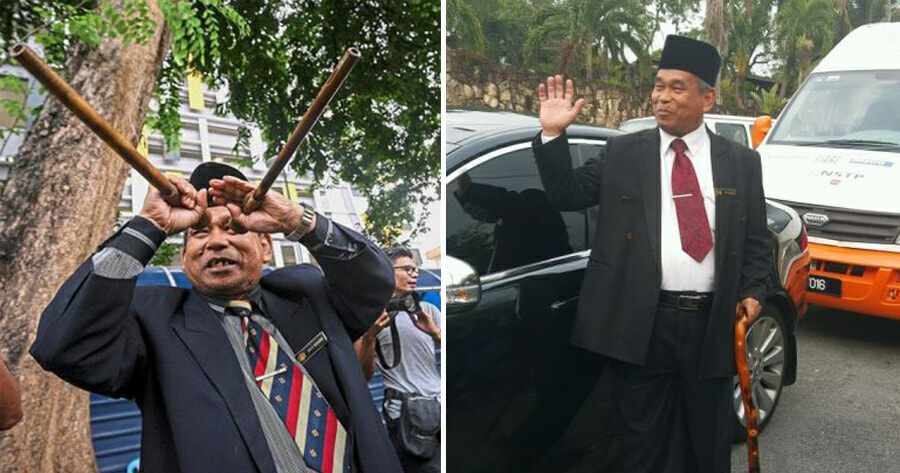 Looks like our new “Cuti-Cuti Malaysia” tourism spot has welcomed a new visitor, and it’s none other than our very own “Raja Bomoh”!

Right after Datuk Seri Najib Tun Razak arrived at his Taman Duta residence, and before he could even get the chance to settle down after hours and hours of questioning at the Malaysian Anti-Corruption Commission (MACC) headquarters, our country’s very own “Raja Bomoh” – as he calls himself – showed up at Najib’s doorstep to pay him a visit yesterday (May 24), reported The Star. No, there were no coconuts in sight. 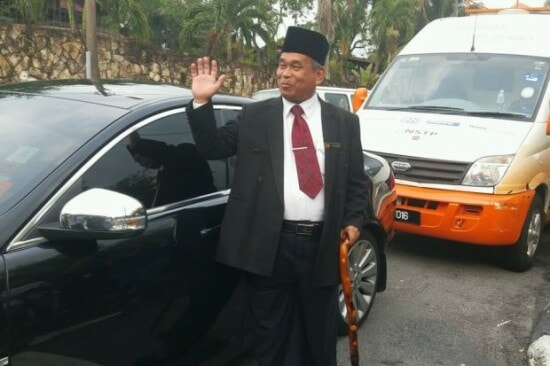 According to the Malay Mail, Ibrahim Mat Zin, arrived at 5.30pm in a black Jaguar luxury sedan with the number plate VBE 2364, and another plate bearing the words “Raja Bomoh VVIP” placed right above. Checks had shown that the car was a 2008 Jaguar XF premium that is registered to a 46-year-old woman who lives in Salak Tinggi, Sepang.

Clad in a black suit and songkok with a wooden cane in one hand, he waited beside his luxury vehicle for five minutes while reporters who were camping outside Najib’s house scrambled to get his remarks. He told them that he wanted to see for himself the situation at Taman Duta, but did not perform any rituals.

Kinda hoped he did tho. We need some help finding the missing money!

“Our former prime minister was good and made contributions to the country,” he said.

He then left Najib’s house after 10 minutes without entering the house or performing any rituals.

Aiya, was kinda hoping he would bring out his infamous coconuts and bamboo sticks.

Back in March 2014, Ibrahim rose to “fame” when he tried to locate the missing Malaysia Airlines flight, MH370, at Kuala Lumpur International Airport. He had performed two rituals involving coconuts, a ‘flying’ carpet and bamboo binoculars. 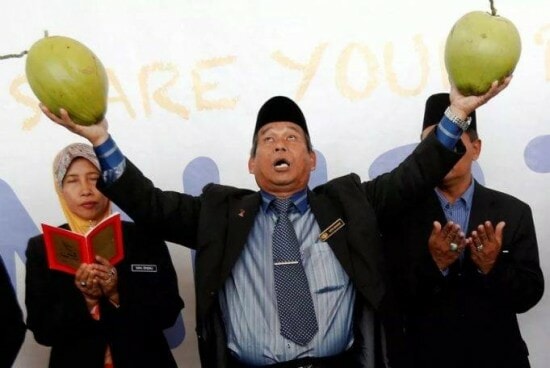 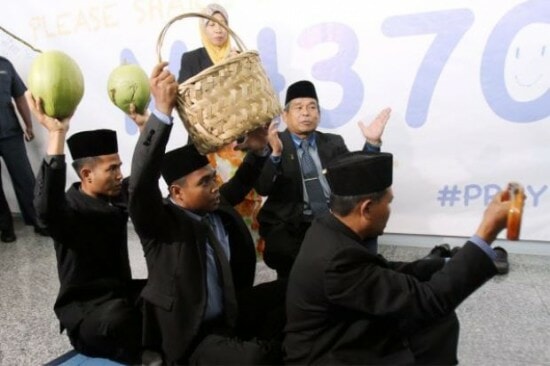 He had also performed a ritual outside the National Institute of Forensic Medicine at Hospital Kuala Lumpur when North Korean Leader, Kim Jong-un’s brother Kim Jong-nam, was assassinated in February 2017, according to Straits Times.

He performed yet another ritual using coconuts and sticks on a beach in Bagan Lalang, Selangor, in attempts to “defend” Malaysia from North Korea when there were tensions between the two countries over the assassination and subsequent investigations. 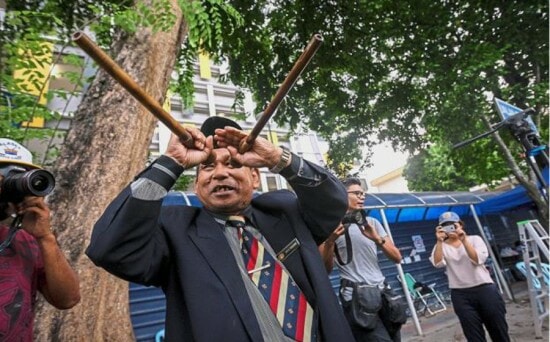 Earlier, Ibrahim had indicated that he would like to contest for the Bagan Datuk parliamentary seat in the 14th General Election, but failed to be seen on Nomination Day on April 28.

I think Raja Bomoh heard about all the hype at Najib’s house and probably felt left out, so he just had to see for himself what it was all about! #FOMO

Also read: Malaysia Has A Brand New Tourist Spot, And It’s None Other Than Najib’s House! 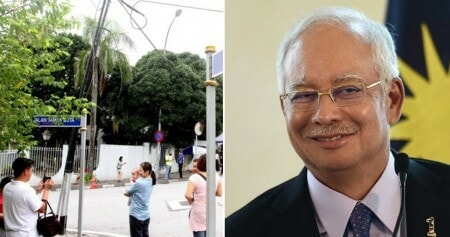