The popular quote goes, “Dogs are man’s best friend”, but sometimes this does not seem to be the case when we look at the various incidences of dog abandoning cases that have occurred in recent times.

Recently, a video uploaded by Twitter user @lunaaaa72 showed a dog sitting underneath a tree at a busy intersection in Ipoh, waiting for its owner to return as it rained heavily.

Although the original post has since been deleted, it has also been posted on Instagram by independent animal rescue group @pawsome.rescue.aid. 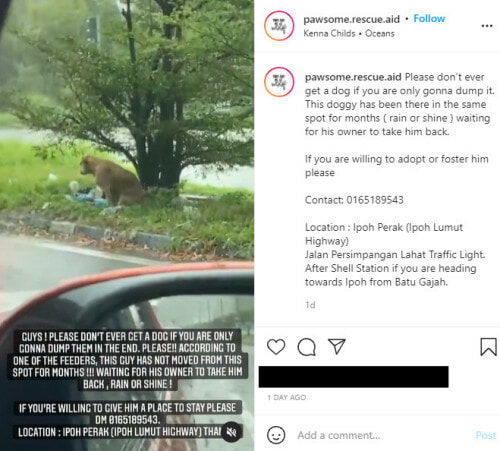 The post reads, “Please don’t ever get a dog if you are only gonna dump it. This doggy has been there in the same spot for months (rain or shine) waiting for his owner to take him back.”

One of the volunteer rescuers told WORLD OF BUZZ that, “There are many strays that are being dumped there as there is a dumpsite next to this junction called Papan Dumpsite.”

“But this dog is there at the traffic light most of the time, will only move from the spot to hunt for food, but will eventually return to the same spot.”

The rescuer also noted that some people have reportedly seen the dog in that very spot even before Covid-19 arrived in Malaysia.

“The doggy is still looking for a forever home and people have tried to approach him but it’s just hard to get him since he’s afraid of humans,” said the rescuer. “There are about 400 stray dogs  in the area by owners who take advantage to dump their pets here. There are also plenty of feeders in the area who have a tough time in feeding them daily,” they added.

The volunteer urged more people to come to the area to feed the dogs whenever possible as well as adopt the dogs.

“It is a dangerous highway hence there are many kill and run incidents nearby when the dogs walk out from the dumpsite.”

The dog is located at Ipoh Perak (Ipoh Lumut Highway), Jalan Persimpangan Lahat Traffic Light. After a Shell petrol station if you are heading towards Ipoh from Batu Gajah. 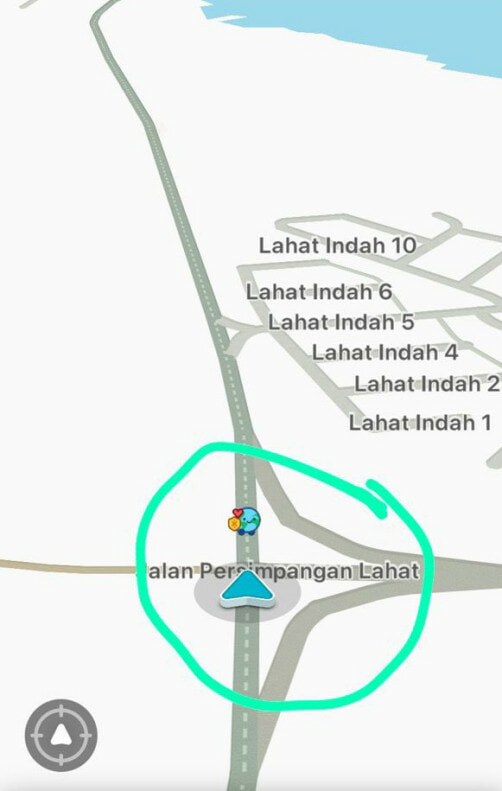 After the video had gained traction amongst netizens, many potential adopters have come forward as well as volunteers who have said that they will attempt to catch the dog without spooking him as he is located in the middle of a dangerous crossing. 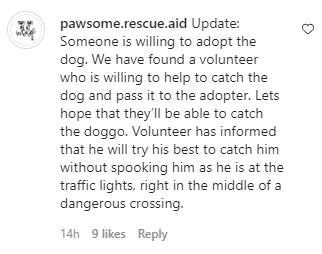 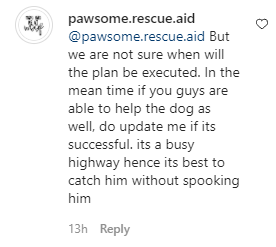 Netizens express their sadness over the dog’s abandonment

The original post on Twitter had gained a lot of traction on the platform with Malaysians of all races and religions united in their sadness over the dog’s condition and situation. 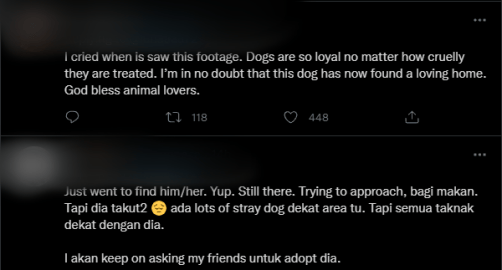 One user said, “I feel like crying. This animal clearly loves their owner and remains loyal and waits for the owner. Although the owner might have their reasons for doing so, they should’ve handled it differently by giving the dog to another person or a place that would be willing to take the dog in.” 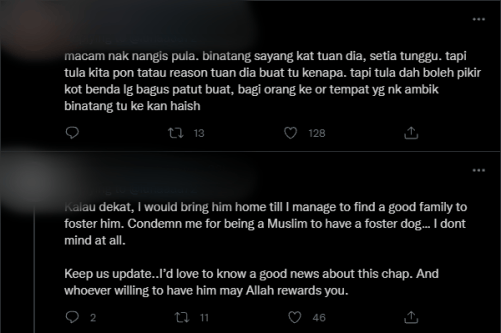 Another said, “Please anyone adopt this doggy, as he is also a creation of God and also requires some love and attention.”

We hope that this dog manages to find a loving home soon. For any animal owners, if for whatever reason you have to let go of your animal, please think twice before abandoning them in a random spot which will only cause problems.

Also read: Adopt A Furever Friend Into Your Paw-mily At DBKL For Prices As Low As RM15! 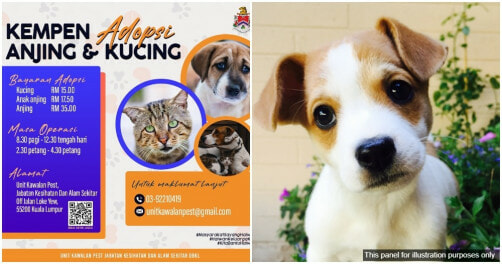