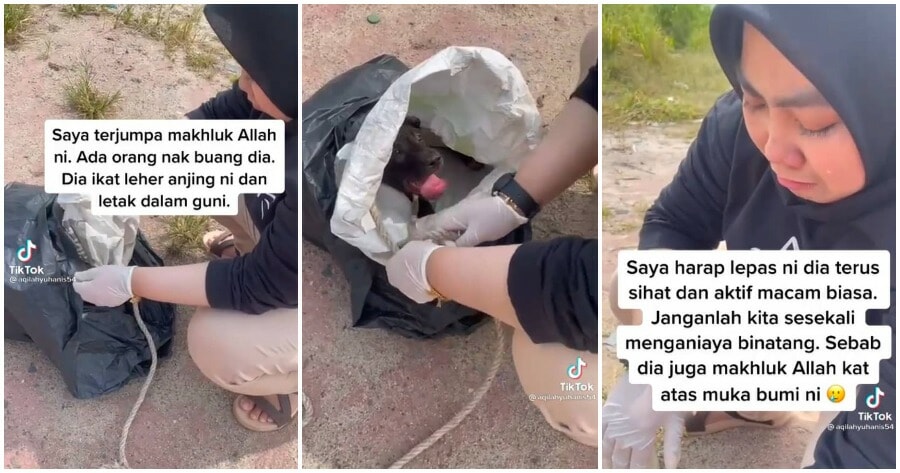 Humanity’s relationship with animals is sometimes dysfunctional. Humans love animals yet some heartlessly perpetrate extreme violence against them. Do people even realize how wicked it is to tie up animals when they are helpless to fend for themselves?

But with the existence of those who indulge in cruel practices, we are reminded of all the good people that are out there as well. Like Aqilah Yuhanis.

Aqilah Yuhanis, a 24-year-old employee recently uploaded a video of herself freeing a small puppy that was tied up and left abandoned in a sack on TikTok. Speaking to WORLD OF BUZZ, Aqilah said she was on her way back to the office after her lunch break when she noticed movement and sounds coming from a sack near the premises. 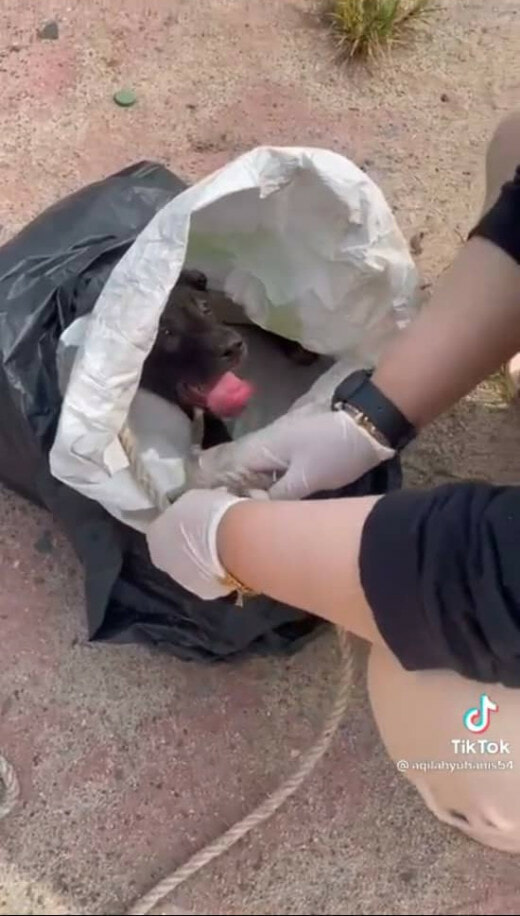 The 24-year-old who was an animal lover herself had tears running down her face as she untied the sack. Speaking to WORLD OF BUZZ, she said “I was worried and immediately tried to find some water because the puppy was out of breath. But it was so obedient and didn’t even try to fight me off,” She also added that the puppy is now safe at her company’s workshop.

A few hours later, Aqilah went back to the same spot to check up on the puppy and posted another video. As seen in the video, the puppy seemed overjoyed to see her again and Aqilah wrote that she was happy that the puppy still recognised her.

She hopes that the puppy will be healthy again and advised people to never be cruel towards animals. “God created them and they deserve to live just like each and every one of us,” said Aqilah.

Also Read: There Were MORE Abandoned Pets Than Adopted Ones in 2020, Here’s What M’sians Should Know 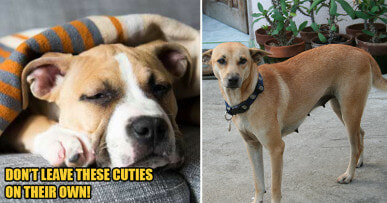