After all the backlash that certain companies have been facing for polluting waterways and causing water disruptions, it’s sad to see that there are still those who dare dump their chemical wastes in ditches.

The Jabatan Alam Sekitar (JAS) Selangor and the Klang Municipal Council (MPK) raided a location in Jalan Telok Gong, Pelabuhan Klang, after they were suspected of water pollution.

As according to Berita Harian, Nor Aziah Jaafar, the director of JAS Selangor, said that the premises was illegally washing used barrels, which has caused the formation of white foam in a ditch in Taman Ubudiah.

“When JAS Selangor and MPK’s raid happened at about 10am earlier, the floors and drains of the location was found to be wet despite there being no operations. Further investigation at the premises found that a covered area was being used as a place to wash used barrels. The water used in the washing, which includes scheduled waste, has been illegally drained into a ditch located behind the premises.”

“Further investigations also found that the used barrels were acquired from around Klang and the washed ones were to be sold to factories such as chemical manufacturing plants for refilling purposes,” she shared. 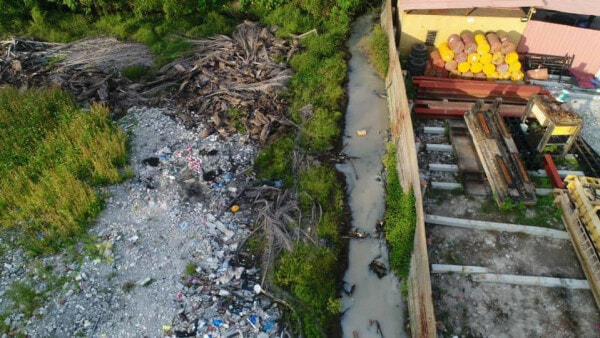 Chemical samples from the used barrels have been taken in as evidence for prosecution and washing equipment have been temporarily confiscated under Detention of Equipment Operations under Section 39 (1) (a) of the Environmental Quality Act 1974.

JAS urges the general public to be their eyes and ears by making reports on any environmental wrongdoing they spot. Together, we can finally put a stop to pollution.

Also read: Could The Recent Water Disruptions Be Caused By The ‘Tidak Apa’ Attitude Of Malaysians? 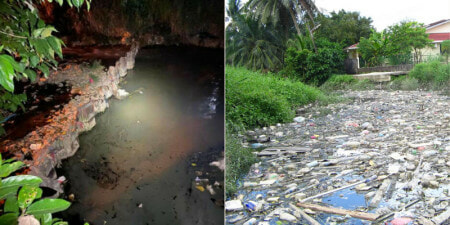