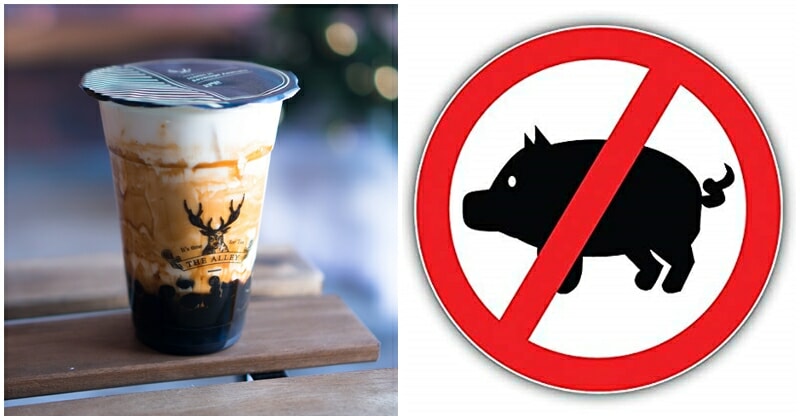 The bubble tea industry has hit Malaysia by storm. With huge brands from Taiwan serving the sugary milk tea with tapioca pearls, we’re now faced with massive traffic congestions outside their premises (ahem SS15, we’re looking at you).

But with all the success of the industry, hate is also generated especially surrounding the halal status of the drinks. 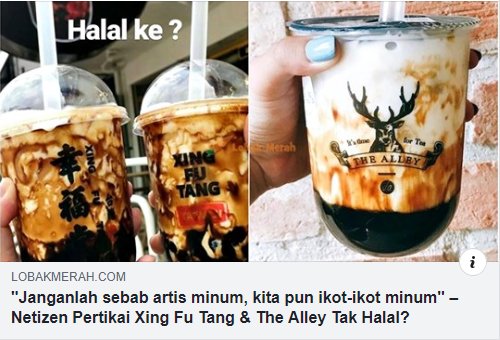 Recently, Lobak Merah wrote on a netizen questioning the halal status of Xing Fu Tang and The Alley.

The original post reads, “Just because celebrities and a majority of the Malays are drinking it, we think that it is OK to do so.”

“Issues related to the halal status should not be taken lightly.”

This has created heated debate even within the Muslim community, where there is a clear divide in opinion on the issue.

Responding to accusations that there may be traces of pork in the products, one netizen argues that pork fat is in fact VERY expensive, and is not worth it to be put in drinks. 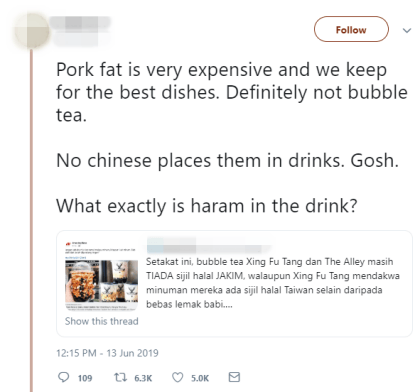 In his thread, the netizen said that it would be better if haters simply explain why they think it should be labelled as haram. 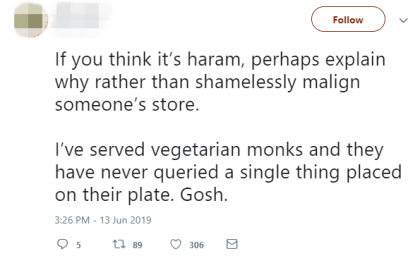 Netizens commenting on the tweet spoke of their own personal experience on the matter. 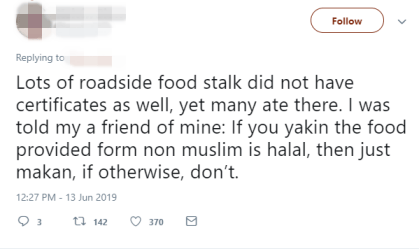 The netizen even added that as a non-Muslim serving food to a Muslim, he would always check for a halal logo. 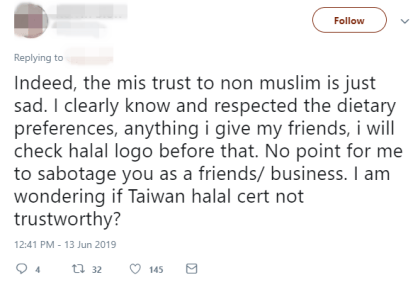 Another explained that as a Muslim who is particular about food, there is no problem with consuming bubble tea. 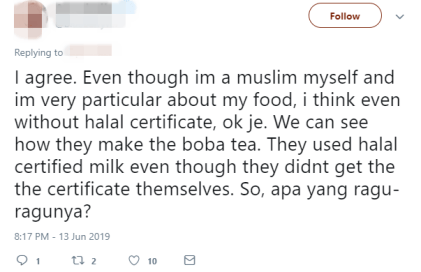 This article is not to meant to create a greater divide in the boba tea debate, but to shed a light of the fact that non-Muslims in Malaysia are very much aware of dietary preferences of their Muslim friends.

Maybe it is time that we take it down a notch and try not to add fuel to the flame, shall we?

Also read: This Place in KL Sells Boba Tea Crab and We Don’t Know What to Think About It 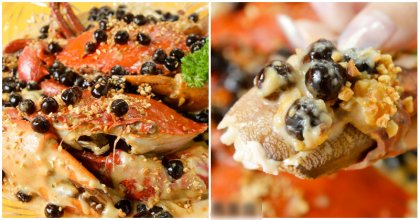