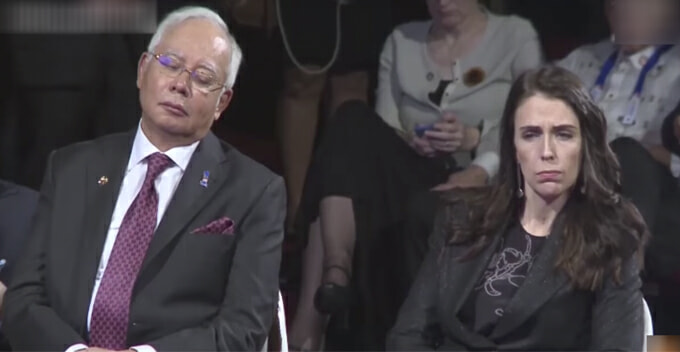 We’ve all seen politicians fall asleep during meetings in the parliament, and the latest one to join the club is none other than our Prime Minister, Datuk Seri Najib Tun Razak! He’s a busy man okay!

As all of you know, the 31st ASEAN Summit and Related Summits recently took place in Manila, Philippines and our prime minister was one of the top world leaders who attended the grand event. 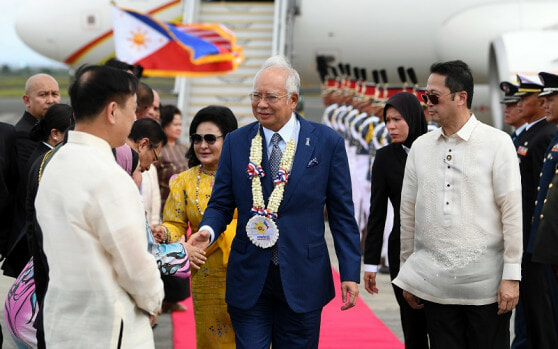 However, during the opening ceremony, our exhausted prime minister unexpectedly dozed off while President of Philippines, Rodrigo Duterte was giving a speech. He was seated right next to Jacinda Ardern, Prime Minister of New Zealand at that time. 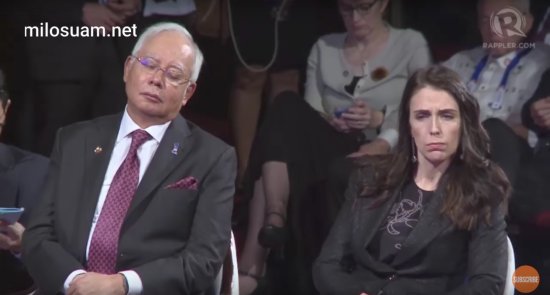 As soon as Duterte ended his speech, all attendees gave a round of applause, which woke him up from his nap. He then joined the crowd and slowly clapped his hands. Smooth… 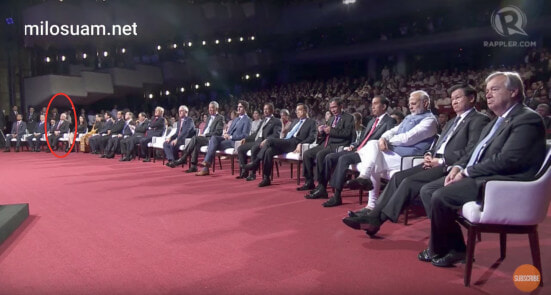 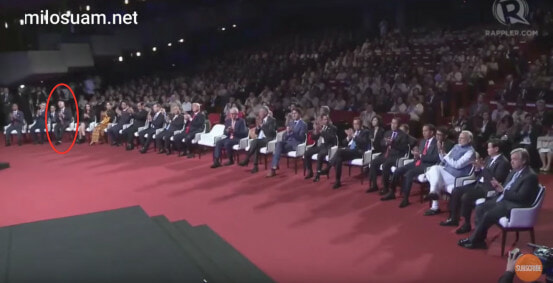 Needless to say, having our prime minister doze off at such a significant event is not something we Malaysians would proudly brag about. Even more so when this summit was attended by top leaders such as Justin Trudeau from Canada, Shinzo Abe from Japan and Narendra Modi from India.

His ‘short break’ was captured on camera and the video quickly went viral after a local Malay news portal shared it. It has since garnered mixed reactions from netizens with many disagreeing with our prime minister’s behaviour.

“He’s our prime minister who’s carrying our country’s reputation to take part in an international summit. He should act the part!” a netizen said.

However, there were also some thoughtful netizens who reckoned that he was probably too tired and couldn’t help falling into a slumber.

“It’s not easy to be a prime minister. He has to attend countless meetings every day and fight for the betterment of the country and the rakyat. I think we can look past this little mistake, right?” another netizen commented.

Well, it’d be a lie if we said we’ve never dozed off at an event, but is it acceptable for a prime minister to do so? Tell us what you think in the comment section!

He’s human too like the rest of us, so don’t be too hard on him guys! 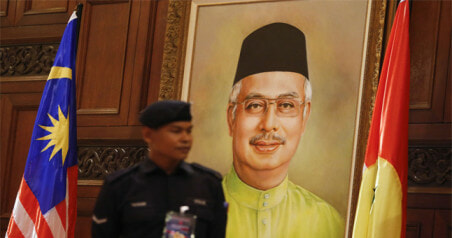