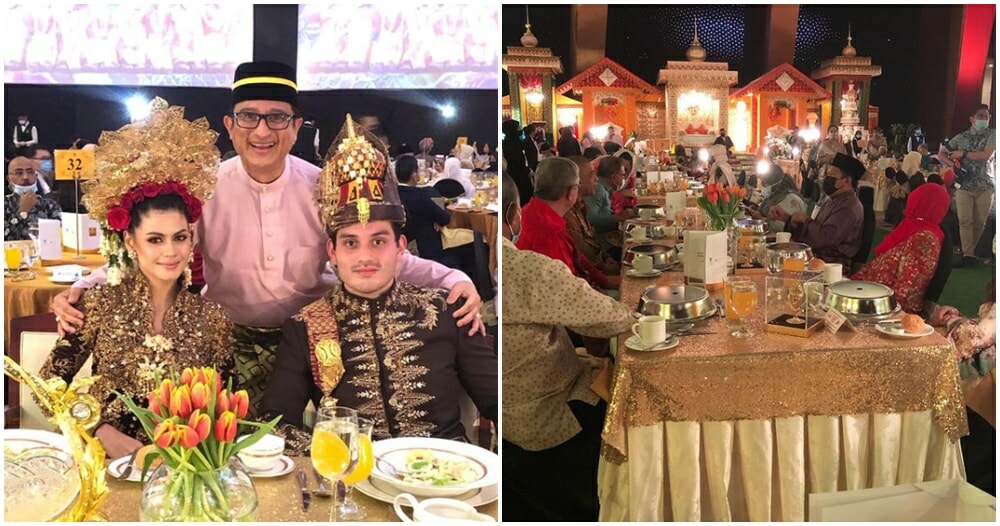 Recently, Putrajaya’s MP, Datuk Seri Tengku Adnan Tengku Mansor, better known as Ku Nan, received backlash for allowing 10,000 guests to attend his son’s “drive-thru” wedding reception. If you haven’t read about that yet, you can do so here. 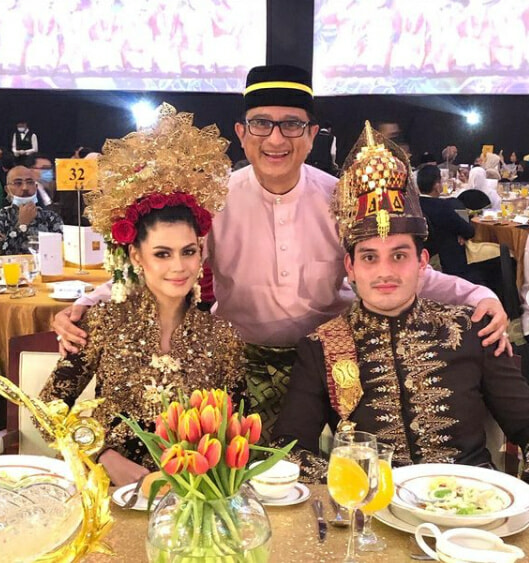 While the number of guests allowed at the drive-thru was questionable, Ku Nan’s son assured the public that the wedding ceremony was held in compliance with the SOPs. Unfortunately, that doesn’t seem to be the case in pictures documenting the newlyweds’ seated wedding reception. 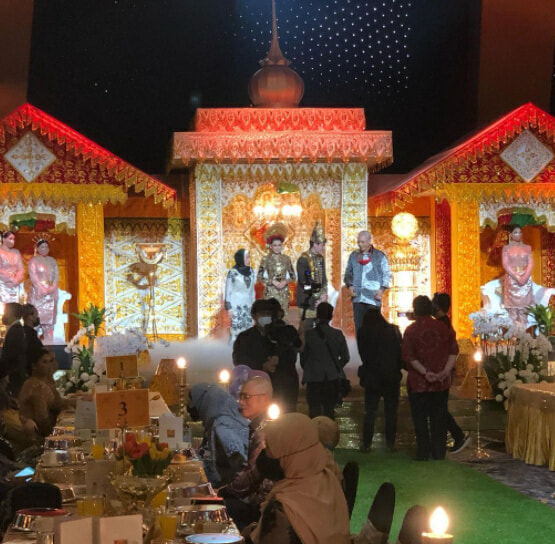 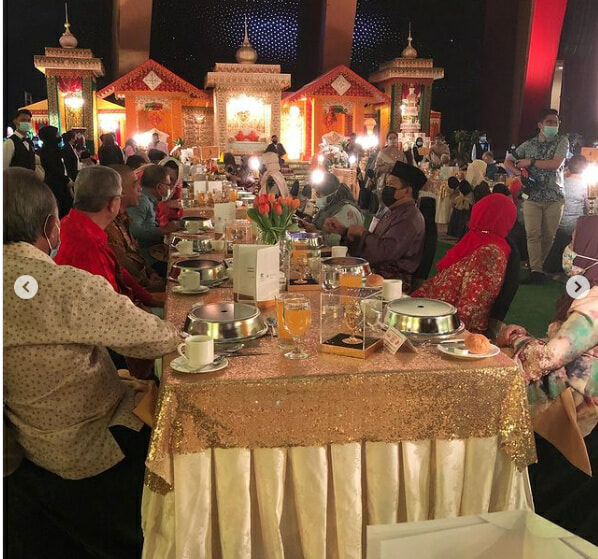 In pictures uploaded on Instagram by Pahang state executive councillor member, Mohd Sharkar Shamsudin and  Dr Tengku Naufal, it appears as though many wedding guests were in attendance in a seating arrangement that does not seem to take into consideration the one-metre physical distancing rule.

Several politicians and UMNO members were even pictured posing next to each other at the reception and quite a few members of parliament were said to be sighted as well. 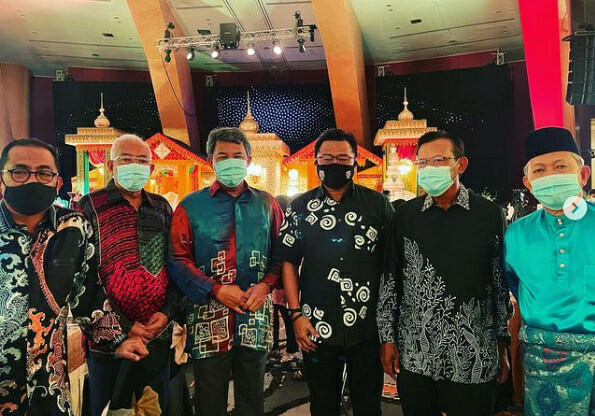 While the wedding guests did have their masks on in the majority of these pictures, the maintenance of physical distancing has always been a key SOP emphasised by the government. 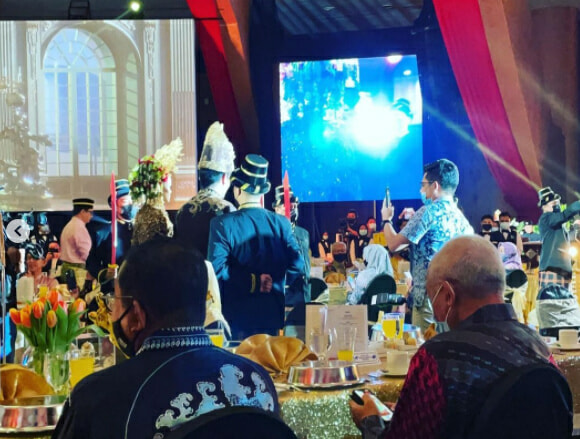 In one of the photos uploaded by an attendee of the wedding reception, a netizen asked how a wedding could be allowed during the CMCO. The attendee replied saying that the reception was held in Putrajaya and guests followed SOPs.

On 7 December, the National Security Council placed Putrajaya on RMCO, in which wedding ceremonies are allowed but all guests were required to follow SOPs accordingly.

Recently, Ku Nan was found guilty of accepting bribes worth up to RM2 million during his term as the federal territories minister. He was sentenced to 12 months in jail and an RM2 million fine for corruption. 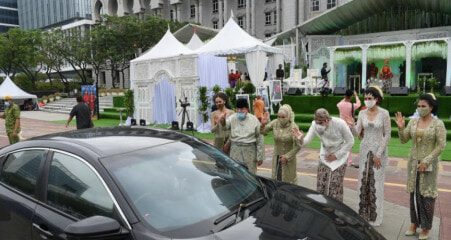