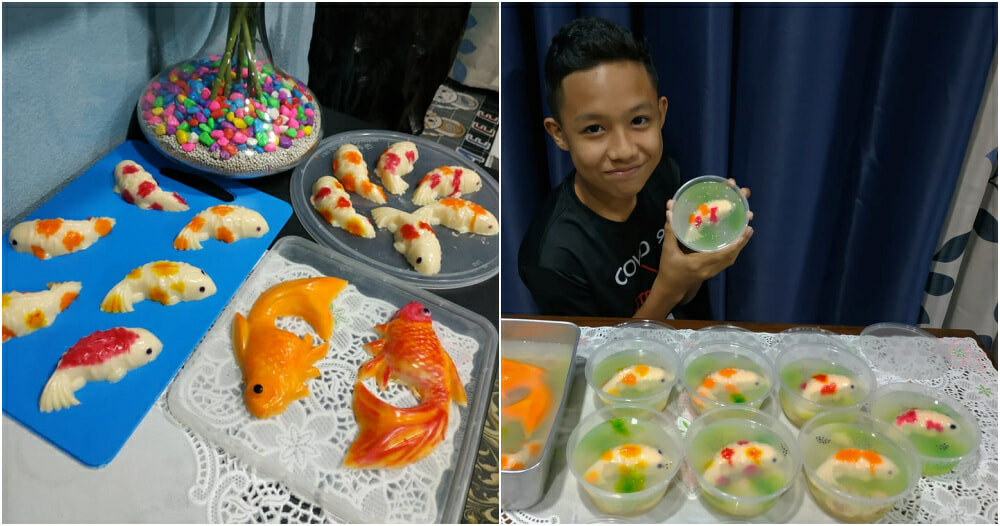 Parents would do absolutely anything and everything to fulfil their children’s wishes and dreams. They are typically the ones who would go the extra mile to fulfil the little things that make everything seem extra special.

This Malaysian mother, Noraini Liza, took to her Facebook page to share how she learnt to make Koi fish jelly for her son’s birthday.

In her post, she explained that her son’s 14th birthday was coming up and naturally she asked him what he would like for his birthday. Her son told her he would like to give his friends fishes.

Noraini came up with the idea of making Koi fish jelly for her son and his friends. And she did a darn great job! 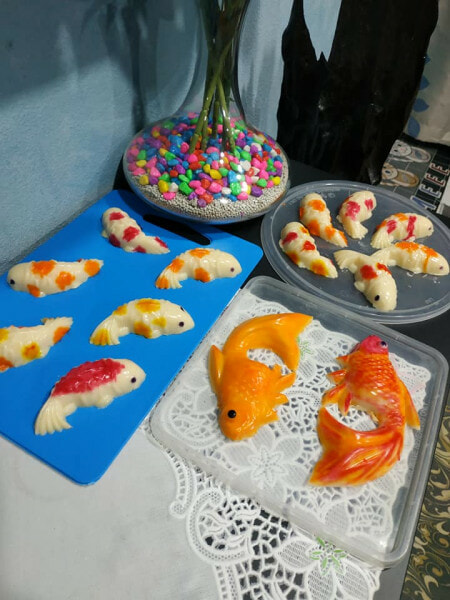 So, the night before, both her son and her worked together and made these Koi fish jelly. She shared the pictures on Facebook and her post has since garnered over 1,300 shares and 52,000 likes! 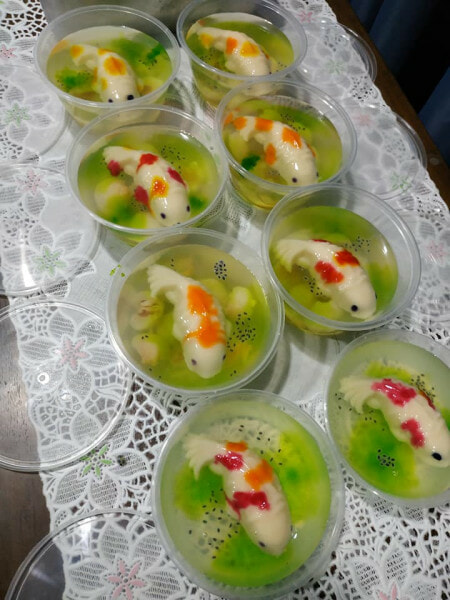 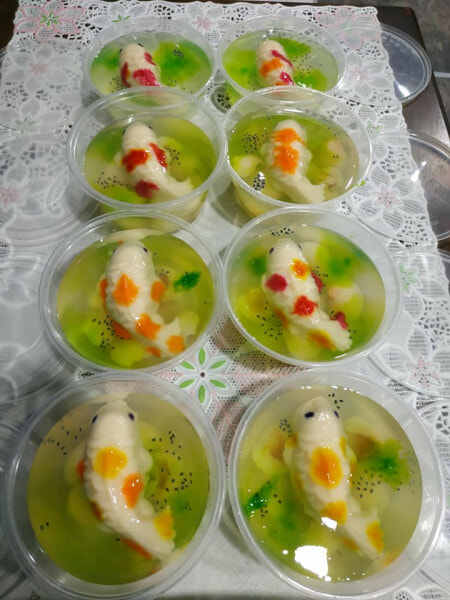 Speaking to WORLD OF BUZZ, Noraini explained that she made the Koi fishes out of bread pudding using Gardenia bread and agar-agar tali. As for the water, she used lychee and jelly.

“I love making something creative for every one of my child’s birthday. I have never made a cake before,” she told WORLD OF BUZZ.

She also shared pictures of past ‘birthday cakes’ she had made for her other children.

“Here’s one that I made for my oldest child on her birthday. It is also made out of bread pudding using Gardenia,” she said.

“Of course, that is my daughter standing at the back of the pudding to create an illusion like a Barbie cake.” 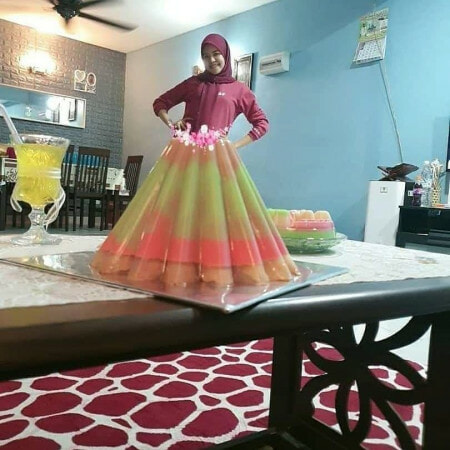 She also shared another cake she had made previously that was made out of a Malaysian favourite…onde onde! 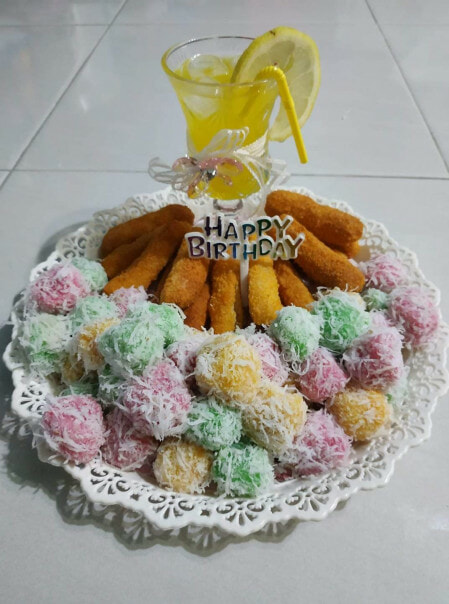 Her creativity and love for her children have been admired by many as netizens blasted in the comment section praising her for going the extra mile for her kids. 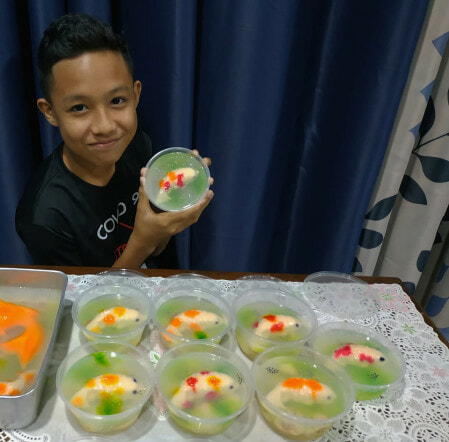 Such a happy kid! 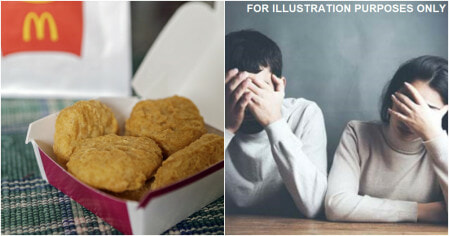