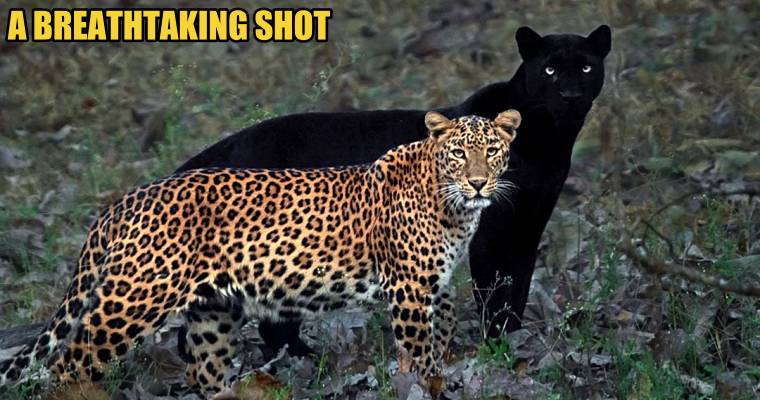 Recently, a National Geographic photographer shared a few rare photos of a black panther and a leopard couple. This occurred in India’s Kabini Forest Reserve during a “surreal winter morning” when a single Deer alarm led him to this “breathtaking sight”. 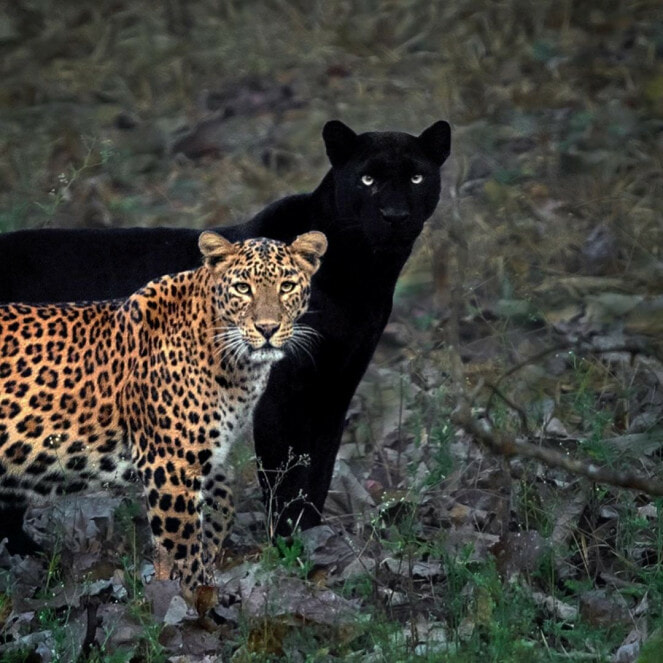 Named Saaya and Cleopatra, the beautiful couple had been courting for the past four years, and the photographer expressed that it would always be a “sight to behold” whenever the couple is seen together.

Mithun proceeded to explain in his Instagram caption that in courting pairs, usually, it would be the male who takes charge, and his partner would follow closely behind.

However, in Saaya and Cleopatra’s case, he pointed out that Cleopatra is the one who takes the lead, while Saaya becomes her “shadow”, showing that “ladies first” applies in the animal kingdom as well. 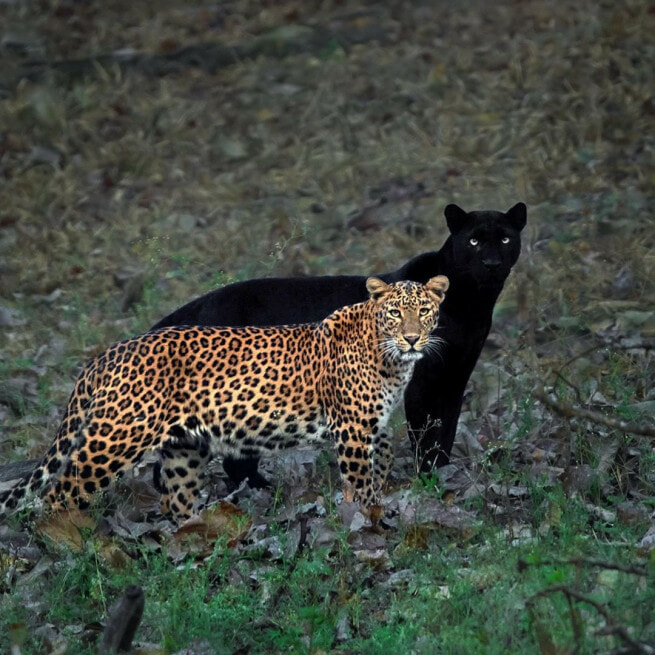 Title as “The Eternal Couple”, these photos gained more than 78,000 likes on Instagram, and many were admiring the immense beauty eternalised by Mithun.

According to the India Times, the tenacious photographer took six days to get this very shot, implying the great levels of patience and luck he had.

The Eternal Couple . Saaya and Cleopatra have been courting since 4 years now and whenever they are together it’s a sight to behold. The forest comes alive as they trot nonchalantly in his fabled kingdom. Usually in the courting pairs generally it is the Male who takes charge and moves around with the female following close behind. But with this couple it was definitely Cleo who was in charge while the Panther followed. . This was shot on a surreal winter morning when a single Deer alarm led me to this breathtaking sight. . #kabini #love #leopard #nikon #wild #Natgeo #mithunhphotography #instagood #instadaily #jungle #bigcat #forest #wildlifephotography #nature #wildlife #blackpanther #melanistic #therealblackpanther #thebisonresort

Guess we’re considered lucky enough to be able to witness these photos! 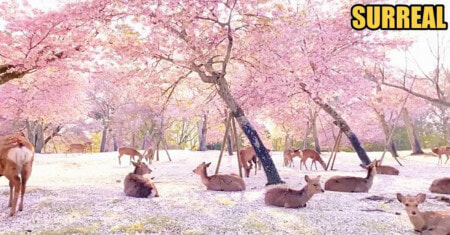