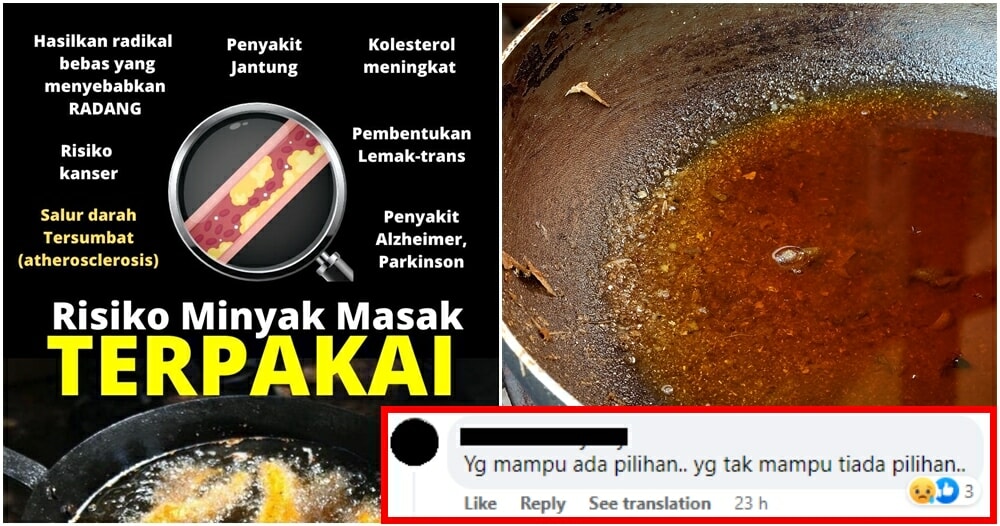 The price of oil has gone up so much. To save money, some people will turn to reuse cooking oil.

However, Public Health Malaysia (PHM) has taken to their Facebook page to warn people about the dangers of reusing oil more than three times.

Their post reads: “With an increase in the oil prices, we hope businesses will not reuse oil multiple times to save money.” 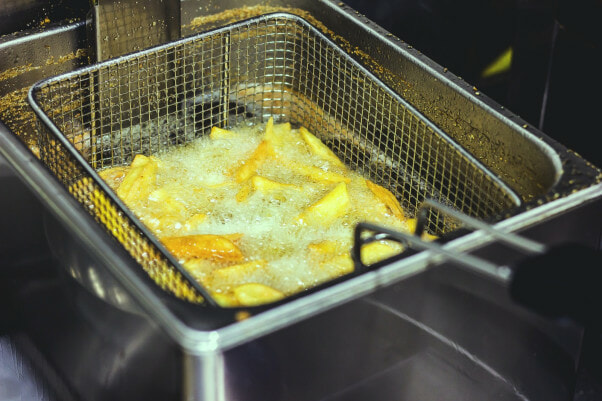 PHM also says that consumers at home should not use the oil when it has turned into a blackish, chocolate colour. If used, a toxic substance named aldehydes that was left in the oil will be absorbed into the food when frying. Aldehydes are cancer-causing substances.

The page elaborated that the free radicals produced will cause inflammation in the body, leading to heart diseases, stroke, obesity and diabetes. 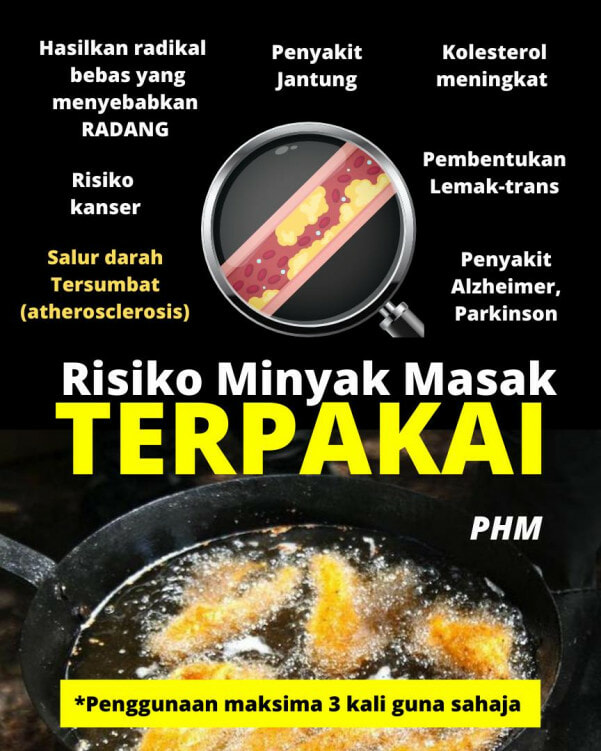 A great way to know if a restaurant is reusing its oil is after eating the fried food; you will feel a ‘sting’ in your throat, followed by pain. This is because the used cooking oil has turned acidic.

So, PHM advises Malaysians not to reuse cooking oil more than three times. Used oil however can be resold or processed as other things such as candles and soaps.

In the comments following the post, many netizens said that not many could afford using fresh cooking oil.

“Those who can afford it have a choice, those who can’t have no choice.”

“If they are poor, they don’t have a choice but to reuse the same oil. I hope everything goes well for everyone, especially those in poverty.”

“People who are in need wouldn’t think of these risks. For them, it only matters if it can sustain them. That’s the way of people in poverty.”

What is your opinion on this? Let us know in the comments.

Also read: Here’s How You Can Save The Environment & Earn At The Same Time With Your Used Cooking Oil! 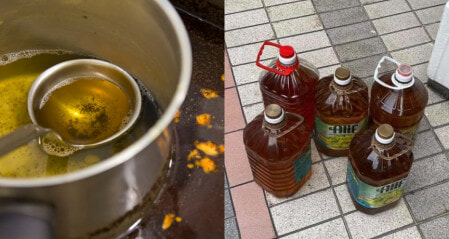