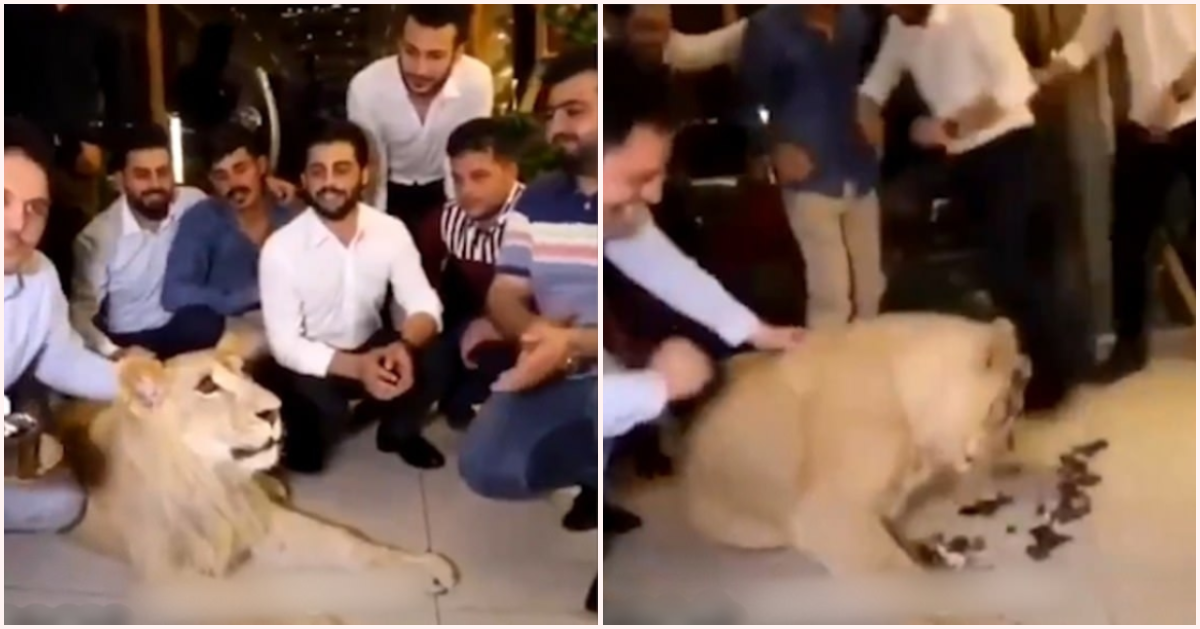 Animals deserve the same respect we desire for ourselves. After all, we’re sharing their space and habitat in order to build housing for ourselves.

But unfortunately, we live in a world where animals are not only driven out of their homes, but also captures, enslaved to circuses and zoos and kept as exotic pets.

These exotic pets are often seen in videos where rich foreigners show off their lions and tigers sleeping on top of fancy cars and treated as part of the family. So how does the family celebrate the exotic pet’s birthday?

Daily Mail took to their page to showcase a pet lion being treated on its birthday. It would have been okay if its owner had given it an enjoyable time, but sadly, we’re talking about humans here. The owner decided that it would be funny to smash the young lion’s birthday cake into its face.

People were quick to condemn the man’s actions, with the A Fortress Of Fur Facebook page stating, “Not only are they keeping a beautiful wild animal in captivity as a pet, but they’re also doing this. Is it really funny? Awful. Raise every child to respect animals please.” 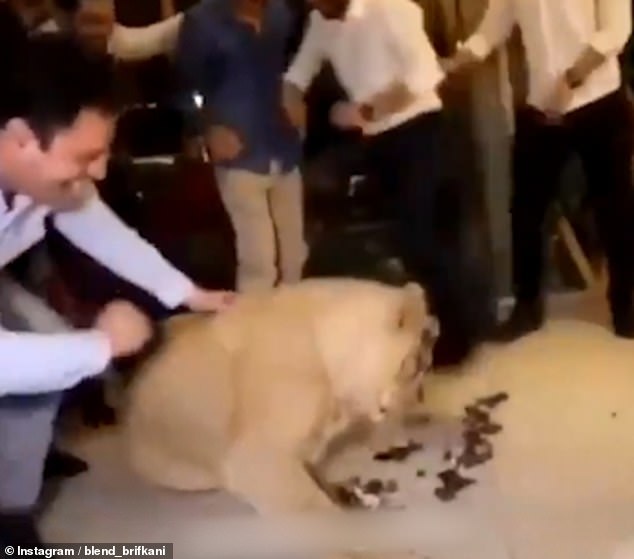 The poor lion can be seen trying to use its paws to wipe off the cake from its face while running around the room in frustration.

The Kurdish man has since garnered insane amounts of backlash online for his disgusting actions.

This comment reads, “Bloody idiots, hope the lion will maul them soon.”

This comment says, “One day, you’ll receive the consequences of your actions.”

Such birthday celebrations should only be carried out with adult humans who understand the joke and are capable of cleaning themselves up after.

The poor lion clearly doesn’t understand the joke and has no idea why its owner had done such a thing. Plus, it’s not like it has fingers to properly clean its face.

We genuinely hope that the authorities see this as a misuse of the owner’s power to own an exotic pet and take action against the owner.

The lion obviously deserves a better life than being used as entertainment for human amusement.

Someone free that lion, please. 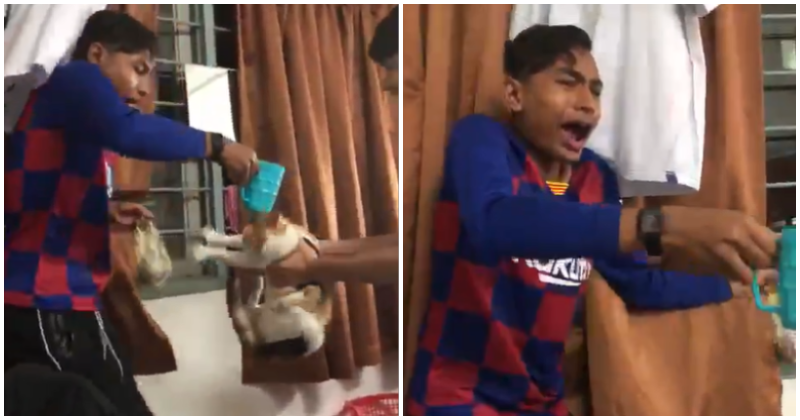