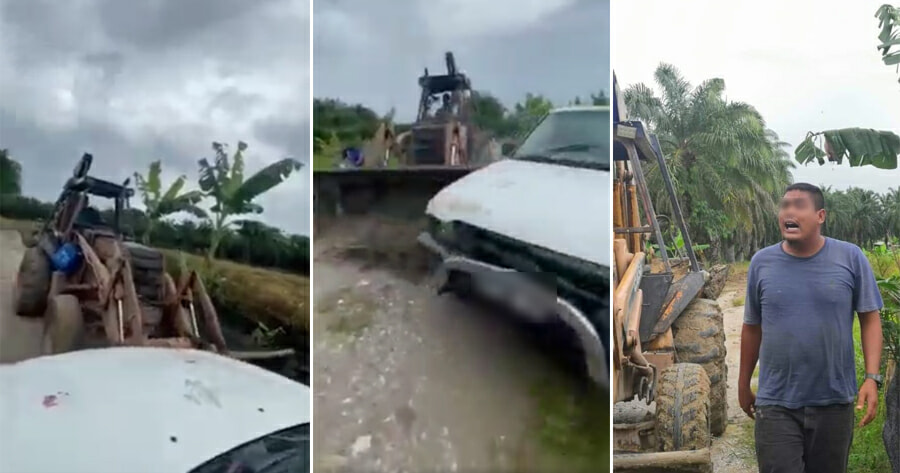 Three men were arrested after a video of an excavator crashing into a four-wheel drive vehicle went viral on social media following a disagreement between several men. The incident happened at an oil palm plantation at Labu Kubong Flood Mitigation Plan (RTB) in Perak.

Hilir Perak District Police Chief, ACP Ahmad Adnan Basri said the three men, aged between 28 and 47, were arrested after a complaint was made by a 24-year-old man, reported Astro Awani.

Investigations revealed that the complainant had dug a ditch next to his garden to be used as a waterway, due to the flooding in the area on 6 October at about 10am.

He claimed that the road he dug on was on his property and that he had the right to dig a hole to be used as a ditch. However, when he returned to his home in Kampung Gajah at about 12pm, he received a call from a man who was unhappy about the ditch.

The man claimed that the ditch was dug in the middle of the main road which made it difficult for other oil palm farmers to travel to their plantations. He said that although the complainant explained that he would install a drain in a few days, he was still unhappy. 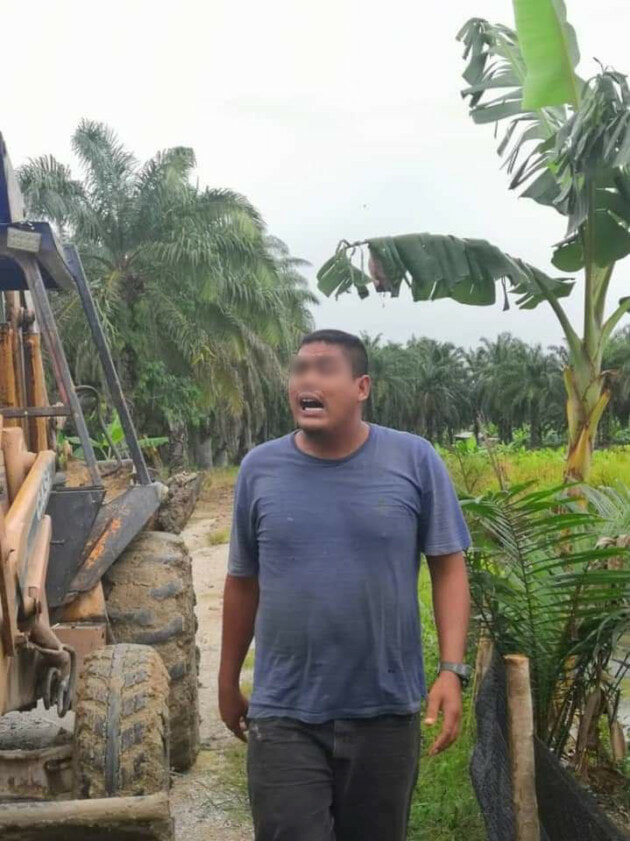 One of the suspects

On the same day at about 2.30pm, the complainant found that the ditch he dug had been filled and covered by several unknown people. An argument then ensued between the complainant and the suspect. 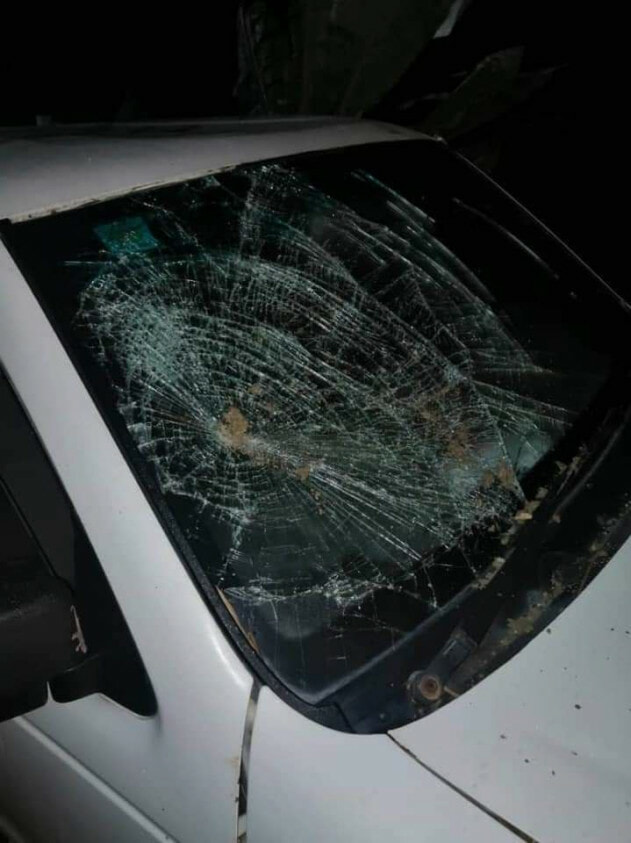 “The excavator driver also tried to chase the complainant’s father with a hammer and caused fear to the complainant and his father during the incident,” he said.

He added that the three suspects who were arrested, including the driver of the excavator, had no previous criminal record.

Meanwhile, a remand application was made at the Teluk Intan Magistrate’s Court yesterday (10 October) for further investigation, while the case is being investigated under Section 323/427/506 of the Penal Code. 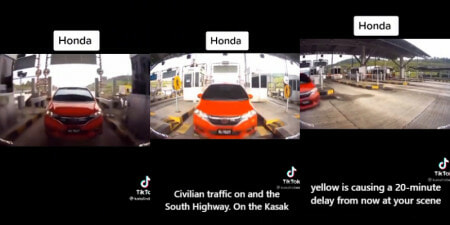