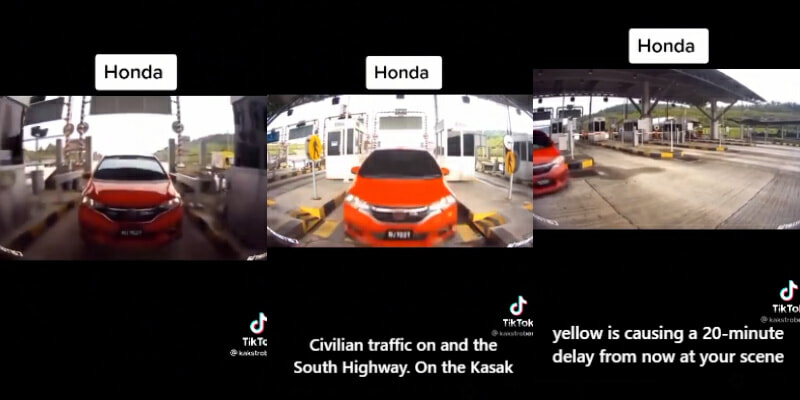 Nowadays, it is not unusual to see videos of driver getting away from paying tolls on social media. Using the tactic of tailgating closely behind another driver, those who are aware of the tactic have made it a point to slow their vehicle down and prevent these lawbreakers from getting away with paying what they are supposed to.

This is one of those incidences.

Making its rounds on social media, this netizen shared the experience this driver had with a tailgater trying to avoid toll.

In the video the red Honda can be seen driving as closely as he can to the vehicle, before the driver stopped and the red Honda reversing back to avoid the boom gate coming down on his vehicle. 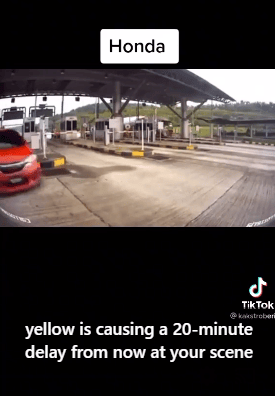 His endeavor did not end at the first attempt, after reversing his vehicle, the driver went to the adjacent toll booth and attempted to tailgate another vehicle.

All that for RM1? Please somebody give this man some money to pay for toll.

Let’s hope that the authorities will take action on this driver and make him an example for others to NOT follow. 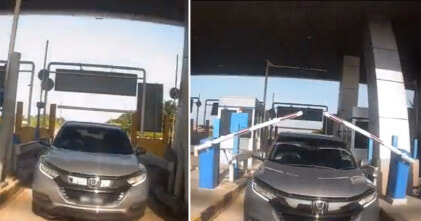